Last Year’s Flu Vaccine Killed and Injured Over 93,000 US Citizens – Will This Year be Any Different? 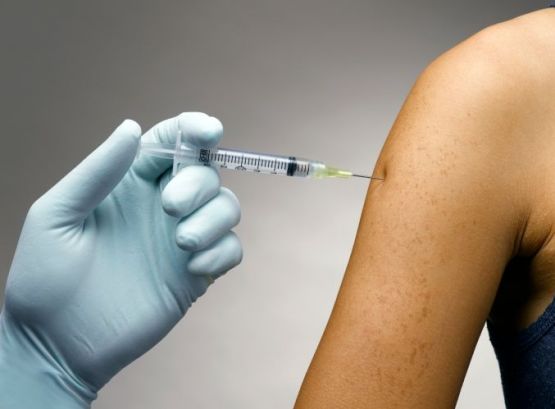 Whilst governments around the world maximize their flu vaccine targets for this year, pushing the vaccine onto younger and younger children, last year two sets of parents were left wishing they had ignored their advice.

Marysue was a happy, healthy little girl, who loved nothing more than to run and play and sing in the church choir. Four days after receiving last year’s routine flu vaccine however, she was left visually impaired, totally paralyzed and needing 24 hour a day nursing care from her family.

Nine year old Marysue, from Tampa, Florida, received her flu vaccination on November 21st 2013 and within days was left fighting for her life in hospital.

“Four days after getting the vaccine, Marysue fell ill with a rare viral infection of the brain called Acute Disseminated Encephalomyelitis (ADEM).”

Director of Infectious Diseases Dr. Juan Dumois, from the All Children’s Hospital told reporters that:

“Developing the illness, for which there is no way to predict or prevent, from a flu shot happens.” (own emphasis)

After his somewhat flippant remark, he then tried to backtrack by saying that he still recommended that children receive the flu vaccine because ADEM can also be contracted by catching the flu and stated:

“If I get the flu I’m far more likely to get ADEM than from the flu vaccine.” [1]

However, despite Dr. Dumois’s reassurances, Marysue’s parents remain unconvinced, saying that they believe the vaccine was responsible for their daughter’s serious health problems.

Most of those receiving these insidious toxins have been robbed of any critical thought capabilities at the hands of those giving them to them.

"Mindless drones in action. Individual civil suits are on order to stop those criminal thugs."
3 hours ago

Is it just a coincidence? However, democrat rhymes nicely with rat.…See More
3 hours ago
0 Comments 0 Favorites

Less Prone commented on Chris of the family Masters's blog post Mike Stone: Stranger in a Strange Land
"Covid-19 seems to be fatal for society, but not directly to the people. Plandemic and Social…"
5 hours ago

Less Prone commented on Less Prone's blog post Former Muslim: ‘You must ban Islam. In Islam Muslims have the right to kill you, rape, grab properties, your country, your money.’
"Exactly Patrick. While one branch salutes a crescent moon the other worship Saturn both sprout from…"
5 hours ago