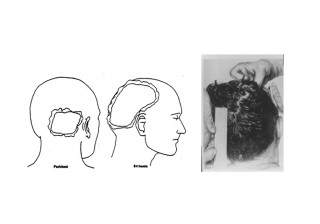 Parkland, Bethesda and the HSCA

“The agency owns everyone of significance in the major media”–attributed to William Colby, former Director of the CIA

No doubt, I am not the only student of JFK and of 9/11 who has been offended and outraged by the stance adopted by the leading liberal icon, Noam Chomsky.

Chomsky maintains that, even if there had been a conspiracy to kill JFK, it would have been of no significance, because no major policy issues were involved.

But that requires feigned ignorance of JFK’s decision to shatter the CIA into a thousand pieces, of get out of Vietnam, to abolish or reform the FED, and to cut the oil depletion allowance.

And on 9/11, he again pretends to be ignorant of the massive body of evidence that implicates the CIA, the Neo-Cons in the Department of Defense and the Mossad.

Chomsky is not alone in attempting to minimize the assassination, but it came as a surprise to me to discover that a prominent professor from the University of Virginia was taking a similar line.

Larry Sabato, who has frequently been featured as a political commentator on mainstream networks, now claims that, while the Warren commission made a mess of its investigation, it nevertheless got its conclusion right: Lee Oswald was the lone assassin of JFK.

Having taught twice at Mr. Jefferson’s University, I took exception to his stance and publish a commentary about it, “FETZER: Truth or Conspiracy” (24 October 2013), in The Cavalier Daily, the student newspaper of the University of Virginia. And when he made no effort to respond to my complaints, a year later, I published a sequel, “FETZER: Continuing the Conspiracy” (22 October 2012), the text of which I am republishing with a few comments.

The American people deserve to know that some of the most admired and astute political commentators in the United States–persons whose integrity and character the public would never consider challenging–are in fact functioning on behalf of the cover-up in the assassination of John Fitzgerald Kennedy. I have been outing Chomsky for years now, as videos I have embedded below reflect, but Larry Sabato is a new and profoundly disturbing addition.

The Case of Noam Chomsky 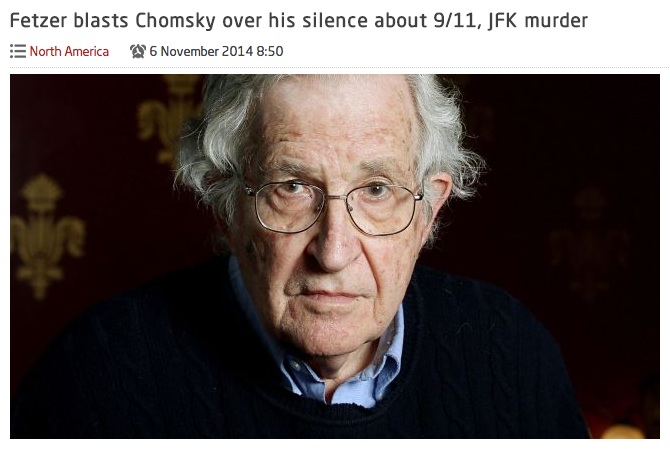 Click here to listen to the interview, “Fetzer blasts Chomsky over his silence about 9/11, JFK murder”

An American philosopher has questioned Noam Chomsky’s continued silence over the September 11, 2001, attacks and the assassination of former US President John F. Kennedy.

Many independent observers reject the government version of the September 11 attacks and believe rogue elements within the US government orchestrated or at least encouraged the 9/11 attacks in order to make America a police state by encroaching on the people’s civil liberties and advance the agenda of the military-industrial complex.

“If you go on to ‘Fetzer on Chomsky’ on the internet, I take him apart for claiming that there were no policy issues involved in the death of JFK, where nothing can be further from truth,” Fetzer said.

Chris of the family Masters favorited Phyllis Maka's blog post The Vaccine Hoax is Over. Documents from the UK reveal 30 years of Cover-up. - SOTN
6 hours ago