Just as it was in the days of Noah, so will it be in the days of the Son of Man Luke 17:26 We hear of all kinds of genetic manipulation and cross breeding going on in secret laboratories around the world. How did they get this technology and why? Are there half humans have aliens walking the earth today? Had a super solider been created. In Ancient folklore we have seen half human half animals suck legends as the Centaur and the Mermaid. Could it be possible that these were true stores that they existed?  Did the fallen angels/ Aliens create this . Does the new world order want a new race of people. We hear of genetic manipulation that create spider goats and all sorts of horrible creatures. Man wants to be like God and create life but just as in the days of Noah when all sorts of giants were running on Earth God destroyed them and at the end days they will return just before the coming of the Son of Man! Join us as we investigate this and so much more this Wed at 730 Pm est. Youtube Link will be up 15 min before the show! 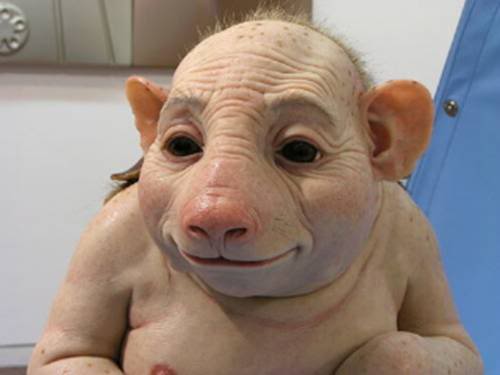 "Stormtruth, you would have done a fantastic job in the Name caller role for that ad. You must have…"
58 minutes ago

cheeki kea commented on Chris of the family Masters's blog post Bring the Storm.
"I've decided if I'm to be a slave to the system then I'm going to make it one damn…"
1 hour ago

"The Weather Channel just said if you're in a flood area, to get as high as possible. TF?"
1 hour ago

"I could have done without seeing that cigarette, just quit a while back. Ack! Oh well."
1 hour ago

"Hey, lesbians taught me most of what I know about marital duties, and no complaints yet."
2 hours ago

"Because all we needed in the news was some apocalyptic cult spreading a deadly virus. Well, I guess…"
2 hours ago

The rise in confirmed COVID-19 cases in Daegu, South Korea is being linked to a local branch of a ‘controversial cult’. Twenty-eight of 35 new cases in the a...
2 hours ago
1 Comment 0 Favorites

"its tragic"
2 hours ago