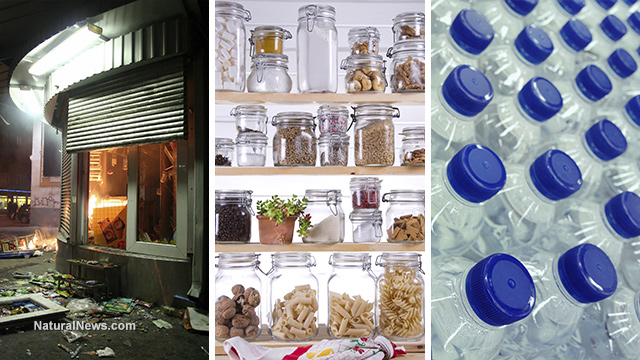 (NaturalNews) The city of Berkeley, Missouri has issued an emergency preparedness alert to its citizens, urging them to stockpile food, water, gasoline, prescription medications and fully-charged cell phones in anticipation of widespread rioting.

The letter, shown below (with h/t to TheGatewayPundit.com), also urges citizens to have a "contingency plan for picking up your children from school," warning that roads may be blocked, preventing vehicular traffic from moving. The local airport, says the letter, will be "protected by the National Guard" and curbside drop-offs of luggage will not be allowed.

Local government now following the advice of survivalists and preppersThe content of this letter can only be honestly characterized as a "social chaos survival alert," and it's the kind of straight talk the local citizens really need to hear.

The city government of Berkeley Missouri, in other words, is . Although the letter didn't go as far as telling people how many days' worth of food, water and other supplies to store, it has clearly sent a strong message that citizens' lives may be in danger and that .

"It is rumored the F B I had this info for more than 2 yrs. It's like a competition to BETRAY…"
14 hours ago

"Hey All, I suggest reading "Zen and the art of motorcycle maintenance", one of the few…"
14 hours ago