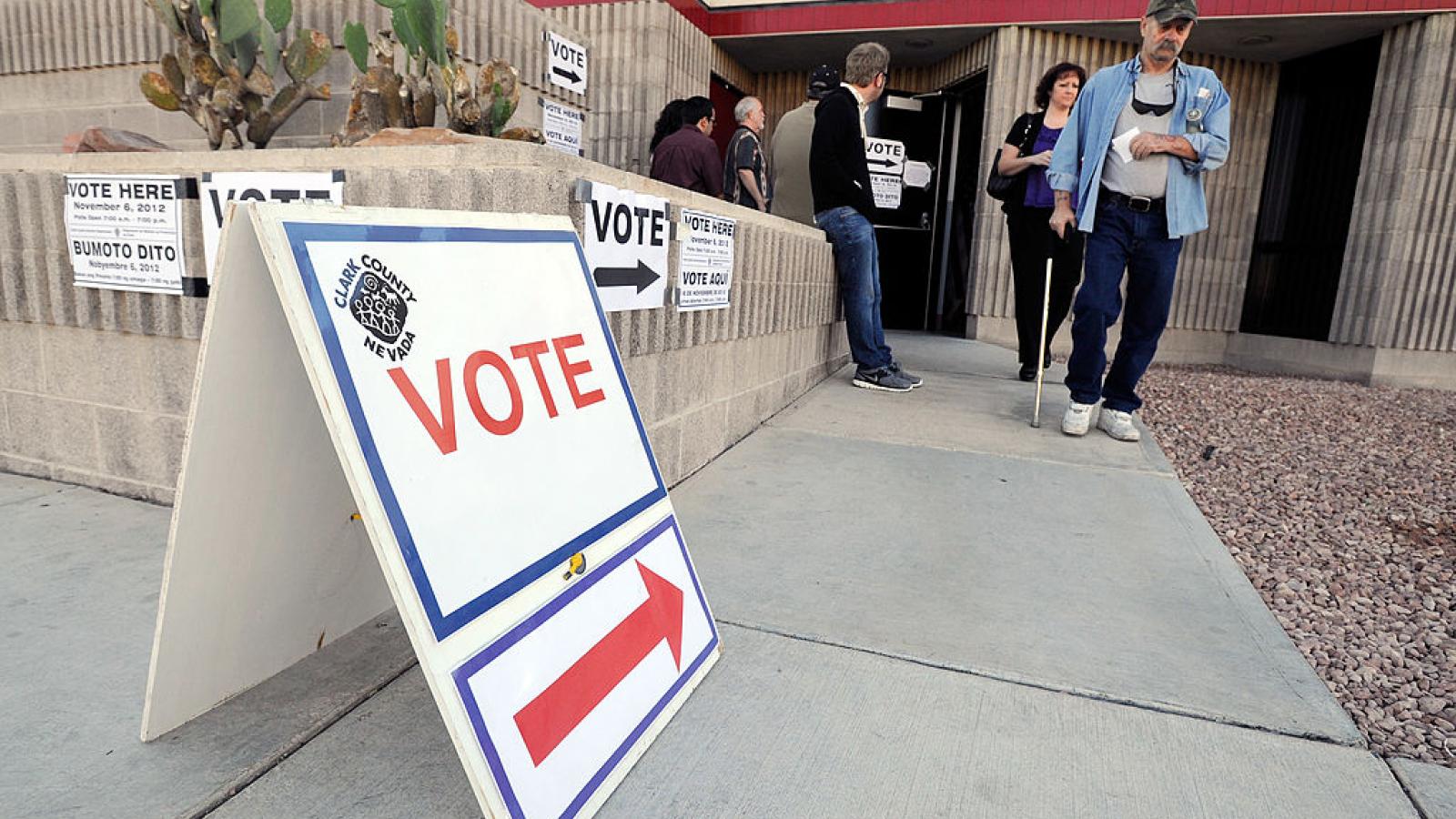 A get-out-the-vote effort by a Nevada Native American group included a raffle with cash prizes, opening the door to a legal challenge by the Trump campaign that the incentives ran afoul of federal election law. The group denies that it did anything illegal in the lead-up to the 2020 election.

The Nevada Native Vote Project, a group that seeks to "increase civic participation of the Indigenous populations in Nevada," sponsored a "virtual raffle" during this year's presidential election, according to a post on the group's Facebook page.

The event, sponsored jointly with the Reno-Sparks Indian Colony, informed voters that they would be entered in a raffle if they sent in a photograph of themselves with an "I Voted" sticker and/or a "ballot completion form."

Subsequent posts from the group showed numerous raffle winners. "Thank you for voting!" some of the posts read.

The voting drive, which appears to have received relatively little attention prior to and during the election, was mentioned in the Trump campaign's recent lawsuit filed in Nevada, one which alleges that "significant problems plagued the Election in the State of Nevada" and that "the purported election results [in that state] lacked integrity and demonstrate that the reported election results are inherently unreliable."

Among the charges in that lawsuit was that the Nevada Native Vote Project violated election law with its voting raffle.

"Offering something of value to a voter in exchange for his/her vote is a violation of Federal and Nevada law," the suit asserts. "All such votes cast in exchange for the above described incentives are, therefore, illegal and improper votes."

The U.S. Code does prohibit incentives to vote, forbidding anyone from making "an expenditure to any person, either to vote or withhold his vote, or to vote for or against any candidate" and prohibiting voters from accepting such gifts. Violators can face up to two years in prison for such violations.

David Canon, the chair of the political science department at the University of Wisconsin, said the legality of the raffle depends upon how it was ultimately enforced.

"In general, if people had to provide proof of voting to participate in the raffle, that would be illegal," he told Just the News. "If it was open to everyone, it would be legal."

"It seems pretty clear that this was a general get-out-the-vote effort, not directly related to any candidate," she told Just the News. "From their statement that they sent me, the raffle was open to everyone. If in fact it was open to everyone, it wasn't illegal."

In a statement released after the lawsuit was filed, the group avoided mentioning the raffle by name, but it claimed that "the events and supplies distributed by the NNVP were consistently made available to the public and did not require the individual to vote to participate and therefore were legal."

However, the event's promotional materials posted on Facebook explicitly stipulated that participants had to show proof of voting to enter the raffle. The group did not respond to queries via email and Facebook. Nor did a representative of the Reno-Sparks Indian Colony respond to a voicemail message and an email.

It is unclear if the incident is being investigated. A spokeswoman for the office of Nevada U.S. District Attorney Nicholas Trutanich said the office usually does not confirm or deny any ongoing investigations into federal law violations.

The illegality of incentivized voting is well-established in federal law. The left-leaning organization Bolder Advocacy — an offshoot of the progressive Alliance for Justice, which offers resources for nonprofit advocacy groups — notes on its website that nonprofits are prohibited from "knowingly and willfully paying, offering to pay, or accepting payment either for registering to vote or voting."

"A payment includes anything having monetary value (e.g. cash, lottery chances, the promise of government benefits such as supplemental nutrition assistance, or even a glass of beer or slice of pizza)," the group says.

"Therefore, in elections in which federal candidates are on the ballot, it would be illegal for a nonprofit organization to raffle off prizes in exchange for an individual's promise to vote or for registering to vote during a voter registration drive," the group continues.

"Similarly, handing out free cupcakes to individuals to register to vote or offering a service at a discounted rate to individuals who provide proof that they voted would be prohibited."

Reached via email, a spokesman for Bolder Advocacy said the group "does not comment on specific situations to weigh in on their legality."

Canon pointed out that similar activities have been promoted on Election Day, including a 2008 promotional campaign by Starbucks that offered free coffee in exchange for proof of having voted.

De León agreed that businesses often offer voter-related promotions around Election Day, but that the statutes prohibiting such conduct were meant to address historical corruption such as political machines buying votes rather than activities such as the NNVP's raffle.

A lot of companies run into this," she said. "It's pretty common."

Freedomrox commented on Chris of the family Masters's blog post Don't Refuse COVID Vaccine.
"Actually you can just use Code of Federal Regulations Chapter/Title 21 Subpart B at…"
1 hour ago

Daily Con replied to Daily Con's discussion Judge Blocks, Then Unblocks Georgia From Wiping Or Resetting Election Machines
"Stranger than fiction... For as long as corrupt Judges, Politicians and their corrupt minions…"
1 hour ago

MAC commented on Phyllis Maka's blog post Every globalist is a traitor ...send out the swat teams NOW! - SOTN
"I agree, we should round up all the NWO Globalist, traitors and co conspirator's in our own…"
2 hours ago

I demand to see my dad!

Larry Flinchpaugh commented on Larry Flinchpaugh's blog post INTERVIEW: Jeffrey Prather lays out how Trump, the DoD and Chris Miller DEFEAT the deep state traitors and save America
"Excellent video.  If the Supreme Court fails to react in Trumps favor, the only thing left is…"
8 hours ago

Bart J Warden is now a member of 12160 Social Network
13 hours ago
Welcome Them!