Which Disaster Do We Focus On First?

This letter was sent to Dave Hodges from a resident of New Zealand:

I wanted you to know that you are being banned in New Zealand. I am presently in Hawaii and I could not access your platforms as recently as this past Sunday while in New Zealand. It is clear that our government has been overtaken by the UN. They are everywhere. One show said the UN is here to provide aid and comfort in the aftermath of the Muslim murders. I am deeply disturbed that John Podesta and the UN were in our country prior to the event and so many of us know this.

Our government in a few short weeks has become so repressive. They want to throw people in prison for accessing information on the internet that they consider harmful to the country. We are not allowed to watch the shootings on video. We cannot read the manifesto. We have been told not to talk about this event. It is my belief that a coup has been created for the purpose of taking over our political figures so they can control policy…

New Zealand is censoring, Chinese style, anyone who is conservative.

New Zealand is in the process of remaking itself as a newly-orientated version of Communist China with strong Muslim overtones.

Effectively, New Zealand has been wiped clean as a western nation.

New Zealand will be overrun very soon with overwhelming numbers of Muslim immigrants along with a very repressive government.

Another email to Dave read:

We follow you religiously. I am presently on a business trip to Vietnam. I can view your website and read everything you have posted. However, my wife  back in New Zealand cannot access your site. Her sister can, but the articles are about 5 days old as we discovered when we compared notes. Your YT channel is not accessible at all.  We are all seeing UN officials in our businesses and around our politicians….

In short, conservative talk show hosts such as yourself are being banned from our internet. We are being turned into Nazi Germany. Everything conservative is now illegal…..

The following front page image from a major New Zealand Newspaper was mailed to Dave to see for himself the massive wave of control taking place. It’s clear that New Zealanders are being pushed toward accepting massive Muslim immigration. Then we have the U.S. quietly bracing for an EMP attack without the media really talking about it much at all.

An EMP is a short burst of electromagnetic energy that can wipe out electronic equipment of every kind. We would almost turn back time 200 years in this country as far as how we would be living… except for the means to feed ourselves. We have none unless we’re growing and raising our own food.

A presidential panel on Thursday called for immediate attention to the imminent threat of a national blackout, lasting possibly six months, from a terrorist or solar attack on the nation’s electric grid. 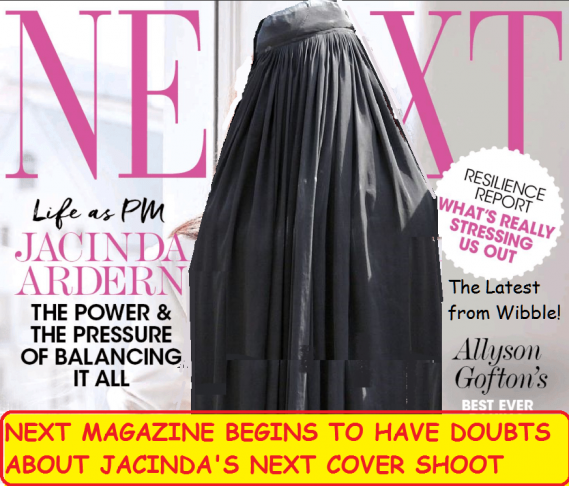 Marker, I'm sure you are an expert on EMP attacks but I know this man and he's forgotten more than you'll ever know...SO, either contribute without your demeaning comments or stay the hell off my posts.  You've been attacking me for years ( since i joined YEARS ago), thank God you disappeared for a while. But your ghost is as big an asshole as you are.

I have been here a long time, I am proud of this site. I bring MANY people here, always have. I've got almost 19,000 followers on Twitter, I lead them here, to my posts, and others.

Your problem with me, from the beginning, is because I'm a Christian. You are hellbound and know it, that's the problem you have.

I'm going to say this one time more- contribute like a decent person, or stay off my posts. You won't be a thorn in my side anymore, I won't let you. I WILL DELETE THIS PAGE IN A NEW YORK DAMN MINUTE!

I'm dealing with two major diseases, anything causing me grief has to go. If deleting my page will help, I'll do it.

Wow, cheeki, they've been preparing this for a while! Killing off the deer, wow, see how that fits their agenda in so many ways. Those hungry people could have used that meat, but that's part of the agenda.

It's striking to me that history has shown the devastation of communism, yet people here are wanting it! The idiots think "free stuff", Socialism. They have no clue that it's all Communism.

The elite are invading nz, The only thing they are afraid of is guns. The sleeper cells of death have been activated, in order to take the guns. There is no racism in nz, just a little class distinction perhaps. I suspect something is going to go down elsewhere and the sick elites are in a panic to run to the end of the earth,- and don't want to be met by men with firearms. Hunters are a problem so the govt. just killed off 90% of the deer with 1080 in the largest area on land, but Gangs are a bigger problem now, and could really mess up the plan. Gangs buy guns also, and there are plenty sellers suddenly. They just keep bumming out. Ps.. I got Dave Hodges channel,  but could not get zero hedge, other vids were taken out also, but not all. So Much Truth- So Little Time, So Fail.

"An EMP is a short burst of electromagnetic energy that can wipe out electronic equipment of every kind. We would almost turn back time 200 years in this country as far as how we would be living… except for the means to feed ourselves. We have none unless we’re growing and raising our own food."

1. Electronic equipment of every kind - Nope, many parts are hardened for military use and others have different scales of susceptibility.

People really need to stop talking about EMP attacks when they know nothing about EMF or electronics.

James Roberts favorited Doc Vega's blog post The Deadly Coronavirus and the True Cause!
15 minutes ago

James Roberts commented on Doc Vega's blog post The Danger of Ignoring Red Flags Part II
"Thank you, Doc. I've had plenty of the day-to-day experiences of which you speak. Cheating on…"
23 minutes ago

Chris of the family Masters commented on stormtruther's blog post How Sunscreen Could Be Causing Skin Cancer, Not The Sun (Kids here are getting rickets FFS)
"Slip, slop....flop."
47 minutes ago

Chris of the family Masters favorited stormtruther's blog post How Sunscreen Could Be Causing Skin Cancer, Not The Sun (Kids here are getting rickets FFS)
48 minutes ago

"Doc, I know the issue of Trump is contentious, but I can't agree with you. Nothing on…"
1 hour ago

stormtruther commented on stormtruther's blog post How Sunscreen Could Be Causing Skin Cancer, Not The Sun (Kids here are getting rickets FFS)
"Both my parents lived to 90 and they both folded on their own terms, I intend to do what they did…"
3 hours ago

"This is ridiculous"
3 hours ago

This is what happened in Melbourne CBD on Australia Day 2020. IMPORTANT INFORMATION To support my work Rational Rise TV (find my channel and donate): https:/...
3 hours ago
1 Comment 0 Favorites

James Roberts commented on Doc Vega's blog post The Danger of Ignoring Red Flags Part II
"Thank you, and I understand. I would also state that people that cheat are very suspicious of their…"
5 hours ago

James Roberts commented on Doc Vega's blog post The Danger of Ignoring Red Flags Part II
"To wear out my welcome on this thread, I also have to say that technology, such as transportation,…"
6 hours ago

James Roberts commented on Doc Vega's blog post The Danger of Ignoring Red Flags Part II
"Thanks for the pic of the tattooed blonde, Doc, unexpected pleasures like that make the day.…"
6 hours ago