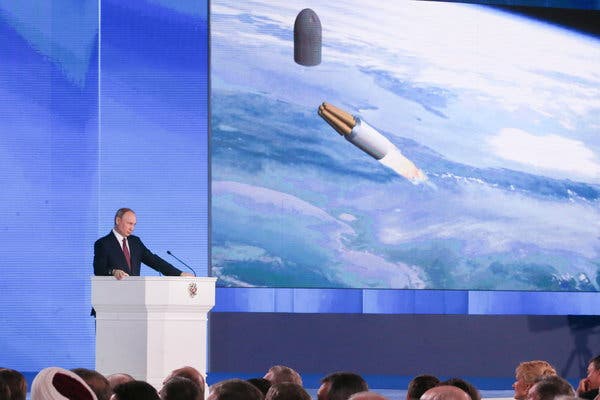 American intelligence officials are racing to understand a mysterious explosion that released radiation off the coast of northern Russia last week, apparently during the test of a new type of nuclear-propelled cruise missile hailed by President Vladimir V. Putin as the centerpiece of Moscow’s arms race with the United States.

American officials have said nothing publicly about the blast on Thursday, possibly one of the worst nuclear accidents in the region since Chernobyl, although apparently on a far smaller scale, with at least seven people, including scientists, confirmed dead. But the Russian government’s slow and secretive response has set off anxiety in nearby cities and towns — and attracted the attention of analysts in Washington and Europe who believe the explosion may offer a glimpse of technological weaknesses in Russia’s new arms program.

Thursday’s accident happened offshore of the Nenoksa Missile Test Site and was followed by what nearby local officials initially reported was a spike in radiation in the atmosphere.

Late Sunday night, officials at a research institute that had employed five of the scientists who died confirmed for the first time that a small nuclear reactor had exploded during an experiment in the White Sea, and that the authorities were investigating the cause.

Vyacheslav Solovyov, the scientific director of the Russian Federal Nuclear Center, said in a video interview with a local newspaper that the institute had been studying “small-scale sources of energy with the use of fissile materials.”

But United States intelligence officials have said they suspect the blast involved a prototype of what NATO calls the SSC-X-9 Skyfall. That is a cruise missile that Mr. Putin has boasted can reach any corner of the earth because it is partially powered by a small nuclear reactor, eliminating the usual distance limitations of conventionally fueled missiles.

As envisioned by Mr. Putin, who played animated video of the missile at a state-of-the-union speech in 2018, the Skyfall is part of a new class of weapons designed to evade American missile defenses.

In several recent Pentagon and other government reports, the prospect of a Russian nuclear-powered cruise missiles has been frequently cited as a potential new kind of threat. They are launched into the air and able to weave an unpredictable path at relatively low altitudes. 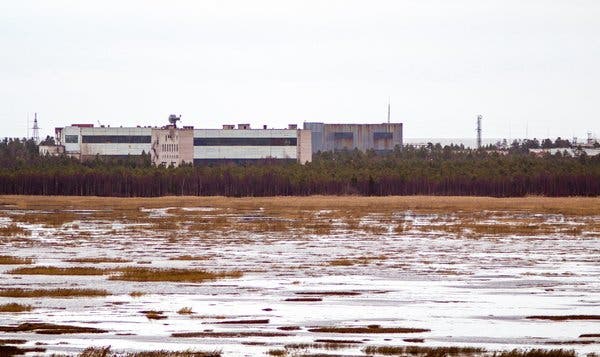 Yet for all the hype, Russia’s early tests of the cruise missile appeared to fail, even before last week’s disaster. And Russia’s story about what happened Thursday in the sea off one of its major missile test sites has changed over the past four days as the body count has risen.

Beyond the human toll, American intelligence officials are questioning whether Mr. Putin’s grand dream of a revived arsenal evaporated in that mysterious explosion, or whether it was just an embarrassing setback in Moscow’s effort to build a new class of long-range and undersea weapons that the United States cannot intercept.

Many outside arms experts have long regarded his effort as part fantasy, using a technology the United States tried and failed to make work in the 1950s and 1960s. If so, it may call into question one of the Trump administration’s justifications for major new spending on American nuclear weapons to counter the Russian buildup — though the United States also cites a parallel program underway in China.

The accident came at a critical moment in the revived United States-Russia nuclear competition. This month, the United States withdrew from the Intermediate Nuclear Forces agreement, citing long-running Russian violations, and there are doubts that New START, the one remaining major treaty limiting nuclear forces, will be renewed before it runs out in less than two years.

To Russian military officials, one of the appeals of the new class of hypersonic and undersea nuclear weapons is that they are not prohibited by any existing treaties — giving them free run to test and deploy them.

Russia’s military, in statements carried by state news agencies, first said that a fire broke out when a liquid-fueled rocket engine exploded at a testing site, but that radiation remained at normal background levels.

James Roberts commented on steve's blog post WARNING--- NOT FOR THE SQUEMISH-- Food from HELL, Quisine from the third world savages they are flooding our country with
"Nigerian cuisine (coming to a neighborhood near us?) -"
1 hour ago

"They're introducing a new bill to only allow tofu bullets, unless you're a rich…"
1 hour ago

James Roberts commented on steve's blog post It's not just O K to be WHITE it's GREEEEEEEEATTTTTTTTTTTT
"They're Grrrreat!"
1 hour ago

"To use a MGTOW-ish acronym, NAWALT (Not All Women Are Like That). Not like the woman in the image,…"
1 hour ago

"Press as trustworthy as ever."
3 hours ago

"Blast from the past?"
3 hours ago