(Claire Russel, Liberty Headlines) Rep. Devin Nunes, R-Calif., the ranking member of the House Intelligence Committee, said in a letter to committee chairman Adam Schiff, D-Calif., that he is “in need of rehabilitation,” after Inspector General Michael Horowitz’s report on the FBI’s abuse of the Foreign Intelligence Surveillance Act exposed many of Schiff’s past lies.

Schiff had previously dismissed Republicans’ concerns about the FBI’s FISA warrant on Trump campaign aide Carter Page, but Horowitz’s report revealed at least “17 significant errors and omissions” that called into question the legitimacy of the FBI’s investigation.

Is there a 12-step program to rehabilitate a serial liar who abuses his authority, deceives the American people, excuses FBI corruption, sees imaginary evidence, and hears imaginary phone calls? This letter by ⁦@DevinNunes⁩ to Schiff is pure fire—and hilarious: 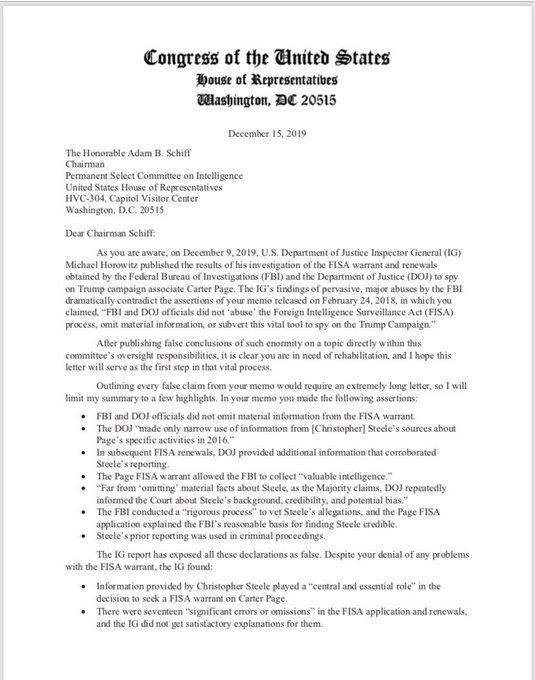 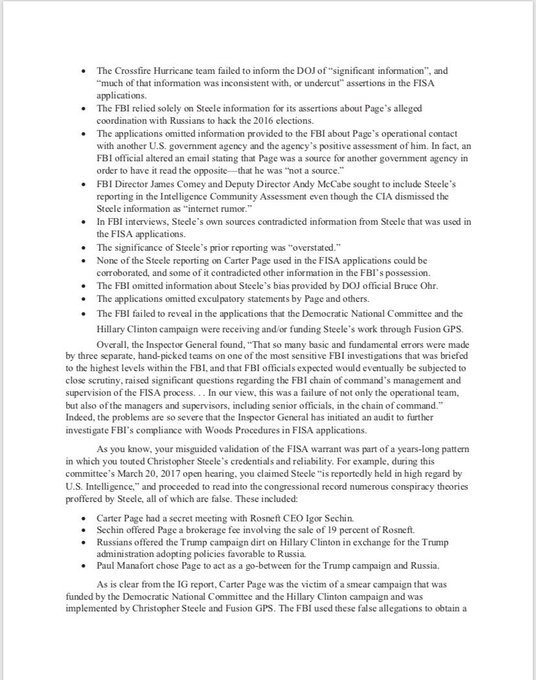 “After publishing false conclusions of such enormity on a topic directly within this committee’s oversight responsibilities, it is clear you are in need of rehabilitation, and I hope this letter will serve as the first step in that vital process,” Nunes wrote.

He also downplayed the role the Steele dossier played in the FIA warrant, arguing that FBI “made only narrow use of information from Steele’s sources.”

Horowitz, however, made it clear that the Steele dossier was “essential” to the FBI’s FISA warrant application.

“As part of your rehabilitation, it’s crucial that you admit you have a problem,” Nunes wrote. “You are hijacking the intelligence Committee for political purposes while excusing and covering up intelligence agency abuses … I understand taking action on this issue will be difficult for you, as it will be an implicit acknowledgement that you were wrong to deny these abuses and that you were complicit in the violation of an American’s civil liberties.

“I also understand such an acknowledgement is made even more difficult by the fact that you’ve already been discredited by your years-long false claims that the Trump campaign colluded with Russia to hack the 2016 presidential election,” Nunes added. “Nevertheless, I refuse to believe you are beyond redemption.”