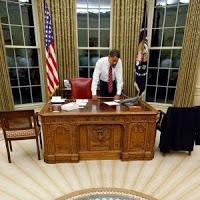 Barack Obama is secretly negotiating the largest international trade agreement in history, and the mainstream media in the United States is almost completely ignoring it.  If this treaty is adopted, it will be the most important step toward a one world economic system that we have ever seen.

The name of this treaty is "the Trans-Pacific Partnership", and the text of the treaty is so closely guarded that not even members of Congress know what is in it.  Right now, there are 12 countries that are part of the negotiations: the United States, Canada, Australia, Brunei, Chile, Japan, Malaysia, Mexico, New Zealand, Peru, Singapore and Vietnam.  These nations have a combined population of 792 million people and account for an astounding 40 percent of the global economy.  And it is hoped that the EU, China and India will eventually join as well.  This is potentially the most dangerous economic treaty of our lifetimes, and yet there is very little political debate about it in this country.

Even though Congress is not being allowed to see what is in the treaty, Barack Obama wants Congress to give him fast track negotiating authority.  What that means is that Congress would essentially trust Obama to negotiate a good treaty for us.  Congress could vote the treaty up or down, but would not be able to amend or filibuster it.

Of course now the Republicans control both houses of Congress.  If they are foolish enough to blindly give Barack Obama so much power, they should all immediately resign.

And it is critical that people understand that this is not just an economic treaty.  It is basically a gigantic end run around Congress.  Thanks to leaks, we have learned that so many of the things that Obama has deeply wanted for years are in this treaty.  If adopted, this treaty will fundamentally change our laws regarding Internet freedom, healthcare, copyright and patent protection, food safety, environmental standards, civil liberties and so much more.  This treaty includes many of the rules that alarmed Internet activists so muchwhen SOPA was being debated, it would essentially ban all "Buy American" laws, it would give Wall Street banks much more freedom to trade risky derivatives and it would force even more domestic manufacturing offshore.

In other words, it is the treaty from hell.

This is the most important "SECRET" Trade Agreement they are trying to push through and it must be stopped or we will all be slaves for the Government and the Corporations.

James Roberts commented on Doc Vega's blog post The Danger of Ignoring Red Flags Part II
"Thanks for the pic of the tattooed blonde, Doc, unexpected pleasures like that make the day.…"
13 minutes ago

Doc Vega commented on Doc Vega's blog post The Danger of Ignoring Red Flags Part II
"Cheeki kea Thank you so much for your comment. You're insight is always much valued. as I said…"
2 hours ago

James Roberts commented on Chris of the family Masters's blog post Man who pushed SARS dud now pushing new Chinese virus
"Interestingly enough, in the BBC series, Utopia, a top virus expert travels to the site of the…"
3 hours ago

"thanks cheeki"
8 hours ago