Atlanta PD officer Garrett Rolfe has been fired following the deadly Friday night shooting of Rayshard Brooks, while another officer, Devin Bronsan, has been placed on administrative leave, according to 11 Alive - citing an Atlanta Police spokesman just after midnight on Sunday. 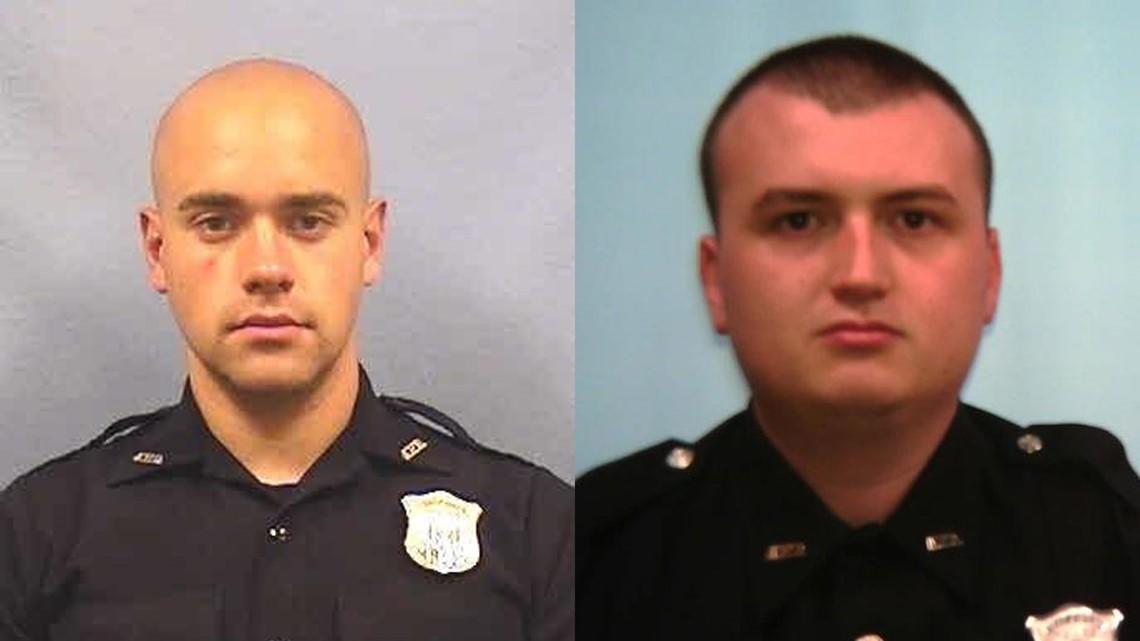 Meanwhile, Atlanta Police Chief Erika Shields will be stepping down following the incident.

Brooks, who had fallen asleep at the wheel at a Wendy's drive-thru, was shot by an officer after he grabbed one of their Tasers and pointed it at them as he was running away. He died later that evening at Grady Memorial Hospital.

In response to the shooting, protesters set the Wendy's on fire:

Atlanta ain’t having it.... they burnt that Wendy’s down Quick. 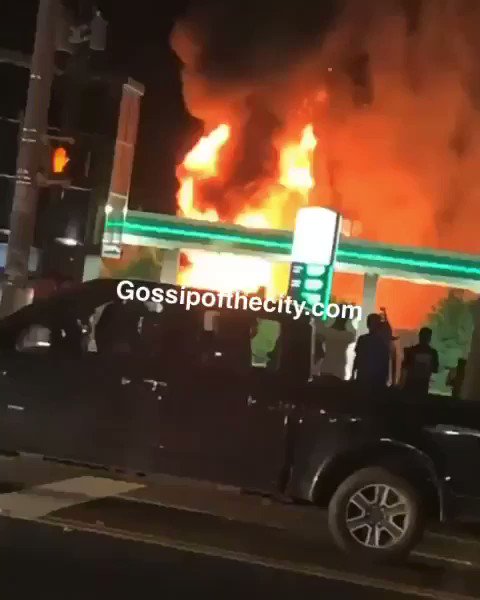 1,212 people are talking about this

Atlanta: Wendy's on University Ave. on fire as protests have taken over the interstate in response to the killing of Rayshard Brooks by police on Friday. 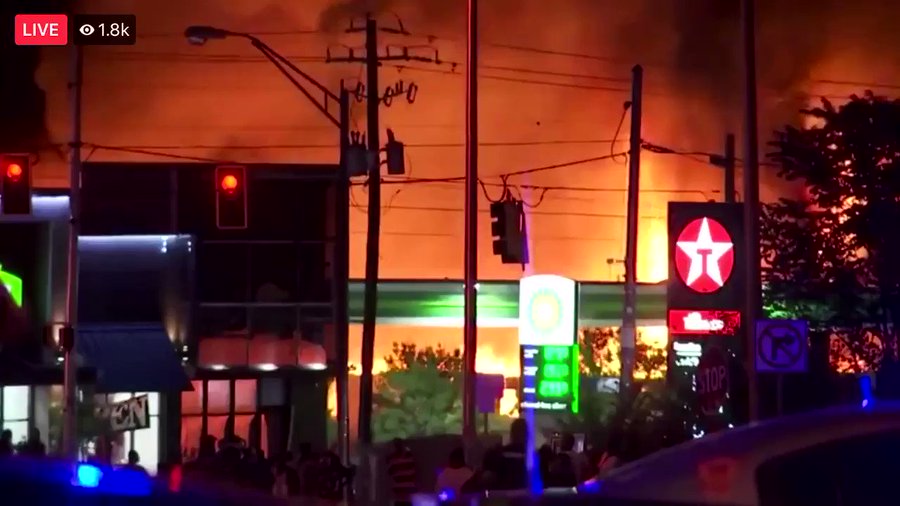 963 people are talking about this

A CNN crew was attacked by peaceful protesters at the scene:

Wow. CNN crew attacked by ‘peaceful protestors’ at the Wendy’s in Atlanta. 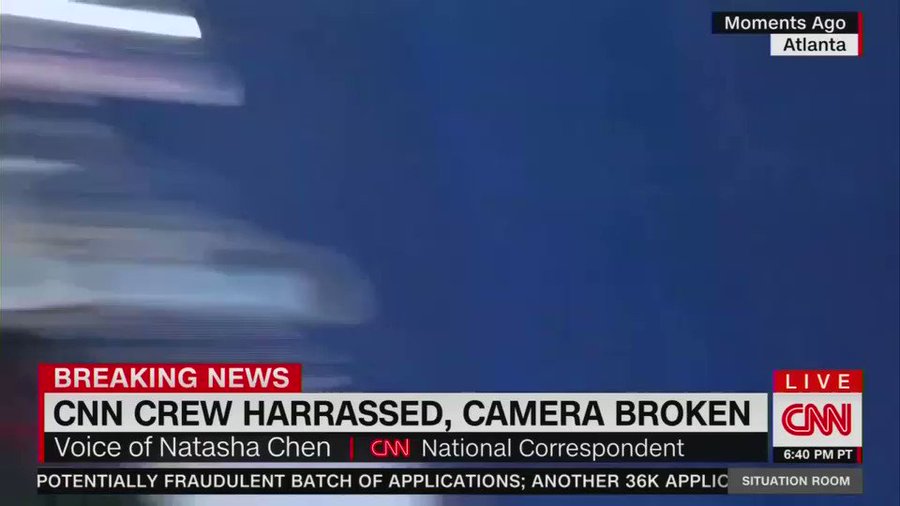 649 people are talking about this

The group then began to set fires nearby:

After setting Wendy’s is on fire, the protesters/rioters now set other small fires & looting a gas station.
Fire department is not responding due to unsafe conditions & the crowd is still growing. cc#AtlantaRiot#LawAndOrder 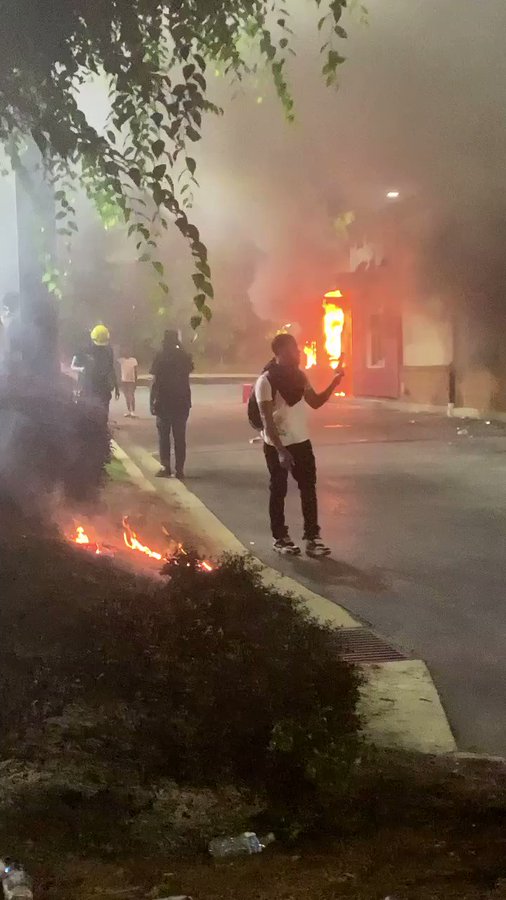 3,509 people are talking about this

The latest police killing of an "unarmed" black man unfolded Friday night in Atlanta, and footage released Saturday afternoon is already causing a major uproar in the city. Activists are demanding that Atlanta's police chief Erika Shields, whose statements to the press and willingness to push deescalation tactics made her a media darling during the unrest that followed the killing of George Floyd.

Though the only details of the incident so far involve grainy cellphone camera footage, it's clear in the video that one of the two APD officers involved in the incident shot a suspect in the back as he was running away after wresting one of the officer's tasers away from him.

The Georgia NAACP claimed the APD needs "a serious overhaul" and argued that the deceased suspect, later identified as Rayshard Brooks, 27, was killed for "sleeping" (not for attacking two officers and stealing one of their weapons)>

@KeishaBottoms, @Atlanta_Police needs a serious overhaul. The continuation of these kinds of actions require immediate resolution. Instead of seeing an improvement, it continues to happen day after day.

The incident at a Wendy's on University Avenue sparked a protest at the scene.

220 people are talking about this

The footage posted to twitter earlier shows Brooks successfully wrestle both officers to the ground before running off with the taser. At the end of the video, several gunshots ring out, though the shooting of Brooks isn't shown. 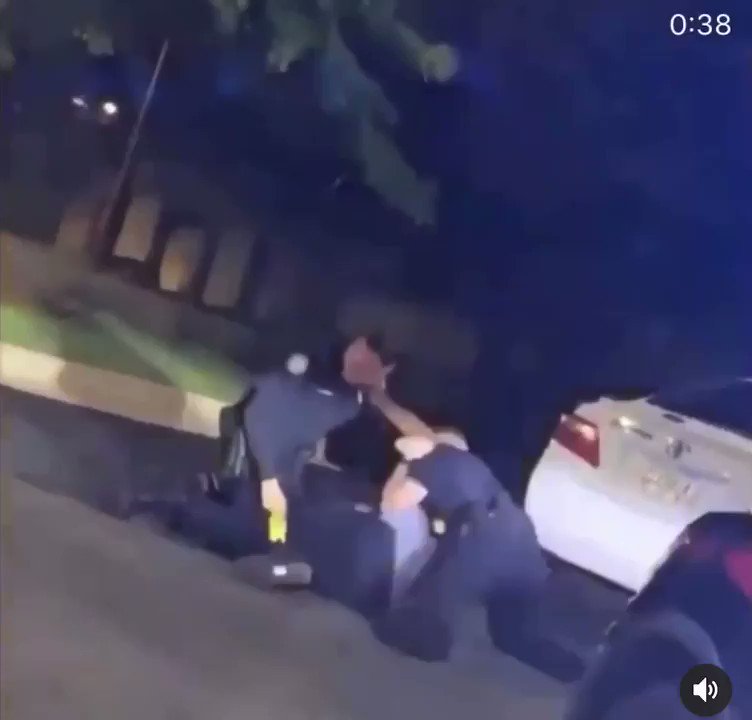 166 people are talking about this

Here's what happened according to the Washington Post: the ADP received a call and was dispatched to a local Wendy’s Friday night following a complaint about a man parked and asleep in the drive-through, according to a preliminary report from the Georgia Bureau of Investigation. The situation escalated when the two officers tried taking Brooks, 27, into custody. He resisted, and the situation quickly became violent. 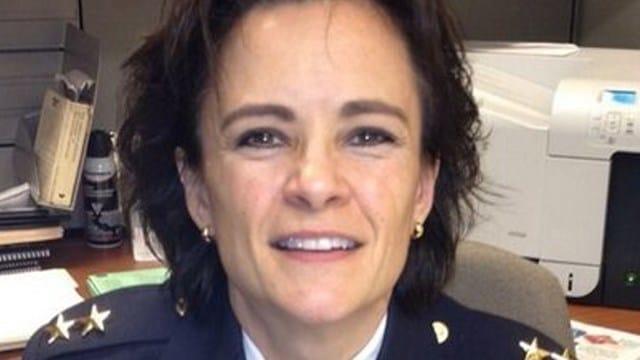 Brooks’s death marks the 48th officer-involved shooting the GBI has been asked to investigate since the start of 2020. Ahmaud Arbery was also shot and killed in Georgia, though his assailants - who will all stand trial for murder - weren't cops.

Somebody seriously was jones'in for a char-broiled, Well-done, Wendy's triple w/ cheese ...w/ a side order of chaos

I thought this was great advise:

Don't worry about defunding police departments police are fucking quitting! Why? Who the hell would want to risk their life for fuckers who can get away with assaulting or murdering them and either that or they get to go to jail and have their reputation ruined and having to look over their shoulder the rest of their lives if they manage to get acquitted? Now the left is getting what they want! BLM and ANTIFA are getting to raise hell destroy public property and attacking police and innocent people! Why the fuck are these groups not being arrested for inciting riots! We're on the road to a civil war!

Let's get this shit straight! This black Dude was drunk and passed out at the drive thru window blocking customer traffic. Wendy's obviously had to call the police. Police talked to the man, advised him he was being arrested for DUI, public intoxication, and then as they began cuffing him the black dude punches out both cops and grabs one of their tasers! Then while running turns around to shoot the taser at the two cops. So guess what? He got his dumb ass shot! What's the message here? if you're black you can get away with committing crimes and beating up the police! WTF!

Intellihub reports that the one that started the fire in Wendy's was a white woman.

So the idiots set the place on fire. That surely taught them Nazis a lesson.

What the hell happened to the man? He was cooperating with the police until they attempted to arrest him for DUI. The man was obviously impaired and the officer followed all protocols to and including taking a breath test for alcohol. Then  the man just went crazy fighting the police and then taking the taser from the police. At that point the man was armed with a weapon after physically assaulting the police.  Why is the police officer fired?

https://www.youtube.com/watch?v=DhdpG2XzRXQ&feature=emb_title
You can tell the police did everything within their power to keep this peaceful and according to protocol.

This is a modern version of the infamous Bolshevik revolution. When the Imperial Russia fell under Marxist rule a hundred year ago the revolutionaries were sent from abroad with support and money of the same Usury Cabal as today.

Trotsky Groomed in New York, the Zionist roots of the revolution. New York a Zionist hotpot in America.

History of Illuminati in the US

Now we have the same Usury Cabal, New York bankers with Soros as their money shoveller, the only difference is that they don't have to send the revolutionaries from abroad because they have been raised inside.

When education became propaganda and brain washing; Deliberate Dumbing Down of America by Charlotte Iserbyt.

Mr. Sizzle commented on Aaron's blog post Never Relent – Why Did The DOJ Release SSCI Vice-Chairman Mark Warner’s Text Messages on February 9, 2017?…
"All that is meaningless once you realize it’s ALL theater and nothing changes for the good.…"
2 hours ago

"It’s all in there of what the agenda is."
2 hours ago

"@Doc Vega “James, Buddy I'm not too sure I would have ever recommended the Fuehrer for a…"
2 hours ago

"If were not careful we will wind up like the Indians, that looks like the globalist plan"
12 hours ago

"James, Buddy I'm not too sure I would have ever recommended the Fuehrer for a leadership…"
13 hours ago