During the 8 destructive years of the Obama White House a frightening takeover of the federal government had occurred. Never before had so much subversion of our rights and the US Constitution been unleashed as the corrupt thugs from Chicago that accompanied Barrack Obama occupied the federal government! They sued border states for enforcing federal immigration law, they ran a gun running program that put weapons in the hands of the Mexican drug cartel and got 2 US Border Agents murdered, they forced our military to submit to ridiculous rules of engagement in the Middle East that got our soldiers killed. The Muslim Brotherhood was making regular visits to the Oval Office. CAIR, the unindicted co-conspirator named in the biggest radical Muslim terrorist operation in US history officed right down the street from the White House. American pilots in their F-16's , F-18's, and F-15 Strike Eagles were forced to call in for authorization to attack ISIS convoys when catching them out in the open only to have to wait until the enemy had gotten away thanks to Obama appointees embedded in the Defense Department. To make matter worse our pilots were forced to use ordnance no more powerful than hand grenades when flying into heavily defended air space risking not only their lives but a multi-million dollar fighter jet just to drop insufficient bombs?

What was going on? On the streets the Occupy Movement was demonstrating against American capitalism? In our cities such as Ferguson, Baltimore, St. Louis and others nightly racial unrest orchestrated by paid demonstrators who came from all parts of the country so they could burn police cars, destroy public property, pelt poorly equipped law enforcement with rocks and bricks while President Obama sat in his ivory tower and never criticized the perpetrators but did invite violent protest leaders to the White House for congratulations as US cities burned? What was going on? Americans were being cur down by gunfire as radical Jihadist conducted attacks in public places while President Obama lectured the public on tolerance for Islam? What in the hell was going on? America was under siege by its own government! Half of the US population refused to see this objectively-why? Because our treasonous news media was supporting the traitorous actions of President Obama's intentionally destructive administration, his entrenched ideologues dedicated to tearing American society apart! Something had to be done!

The call to arms

Deep within the military branches a possible coup de taut was in the making. Alarmed by the direction America was headed under insane leadership of President Obama our top armed forces leaders planned to take back the US government and install a Constitutional leadership back in office. First, a codified and encrypted form of communication with like-minded civilians had to be formed so that the people could be notified and tuned into what was going on within this evolving struggle for control. Those leaders of a rebellion against the insanity of the Obama White House needed stealth, effective communication, and cooperation with the civilian community. One might recall that not only Thomas Jefferson but Alexander Hamilton advocated frequent purging of the federal government and if it required the spilling of blood in order to prevent what we see today, an out of control over spending, over taxing, over regulating, form of big government out of touch with the people, then so be it!

Military officers in upper echelons were discretely interviewed to ascertain their true loyalists as a command structure of armed servicemen ready to take back their country were being amassed. There was only one problem. It was found that among the Obama appointees and career officers that did not want to rock the boat a move to take over the Obama Administration might not have the needed support it would take to succeed in a forced change of the guard. Too many of the high command had been subverted and their loyalty was not for their country but for their own benefit, their own career rather then defending the US Constitution and the American way of life. Treason was deeply embedded in the Obama Administration from lower court judges some favoring Sharia Law, to Army officers who would actually arrest their own superior officers should they choose to contradict their orders out of conscience! One might recall that General Carter Hamm of AFRICOM was taken into custody by a junior officer and later forced to resign after refusing to stand down during the Benghazi massacre, a 13 hours ordeal that saw our US Ambassador Stevens and his 3 elite body guards murdered by Al Qaida and other terrorists some hired by Hillary Clinton as security forces to guard the US Consulate!

In the end, a move by the loyalist officers of the US Armed Services worried that an attempted coup might end up like the 1943 failed take over of the Hitler Nazi Party by German loyalist officers who saw that the war was useless and that stopping Hitler was the only way to relieve the bloodshed and further destruction of Germany by increasingly growing Allied victories. Not to mention the fact that he majority of the US media was in the tank for the Obama regime the weight of disinformation would have been another damning factor! A planned military coup in the early stages had to be called off that if failed might very well have ignited Martial Law and excuse for the Obama White House to justify even more tyrannical measures! One might recall that General El CiCi had been forced to take back the Egyptian government after a US backed overthrow of Mubarak with the insertion of Muslim Brotherhood leader Morsi, friend of Hillary Clinton. Luckily for the Egyptian people El CiCi was successful and Obama's insane vision of an Arab Spring was rightfully defeated! America needed the same! 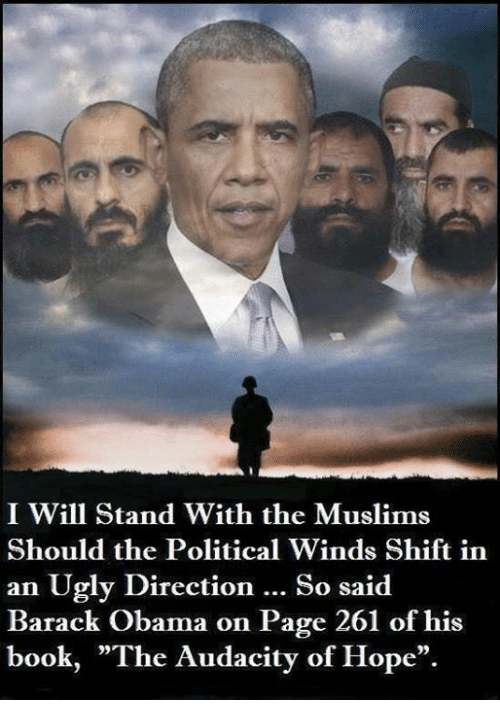 Today Q Anon still exists as they are fighting the Deep State and the shadow government who are continuing to undermine President Trump and his liberating measures. The incredibly well funded protesters camping outside ICE offices, the lower court judges attempting to legislate from the bench and derail any needed changes that the President is attempting to implement all testify to a deep seated anti-American movement funded by such Communist donors as George Soros is still alive and well> We are living in historic times. Never has the Constitutional Republic been under such threat-not from standing foreign armies but from within. From indoctrinated kids coming out of high school and college campuses who think socialism is a viable form of government for the future of America. As former KGB Agent Yuri Bezmenov often stated as he lectured in America appealing to citizens to wake up and see the threat emerging within their own society, "the useful idiots will willingly participate in the destruction of their own society before they realize they have been deceived and turn into the first enemy of the state who will be lined up and liquidated!" Just as the Democrats are no longer patriotic and have been completely compromised the importance of enlightenment is paramount as our fate wavers in questionable times.

"Snopes classified this as "mostly false", as they called up the Church of Satan (probably…"
3 hours ago

James Roberts commented on Dr. Frederick Meekins's blog post Hit and Run Commentary #128
"The definition of White nationalism is that Whites should survive (I could stop there) and thrive,…"
4 hours ago

"Thank you Chris. And Hassett is a shabbez goy, to be sure."
4 hours ago

"Are people (of any race), as a result of this, going to be more receptive when the cops, or…"
7 hours ago

"Excellent find! If the death of Floyd was a hoax, not sure what they're shooting for, so to…"
7 hours ago

"Fortunately, they don't get everything they want. They wanted the "NAFTA…"
8 hours ago