Following the poor publicity lately regarding the bad effect Elizabeth’s House of Windsor wrecking crew has had on the UK the past 60 years, it seems they’re trying to do a little patchwork using the not just a complicit British tabloid press, but the similarly sycophant US media whores.

Get ready for some seriously nauseating attempts to dig for sympathy of any kind for these masquerading-as-Royalty parasites on humanity.

To the world, she’s Queen Elizabeth II, the beloved British monarch who has reigned for 60 years. But to her grandson Prince Harry, she’s just “Granny.”

“In a small room with close members of the family, then she is just a normal grandmother.  Very relaxed,” the prince said in an interview with ABC News’ Katie Couric. “She obviously takes a huge interest in what we all do, that’s her children as well as her grandchildren.  She wants to know which charities we’re supporting, how life is going in our jobs and such. So you know, she has a vested interested in what we do.”

Now, the prince has begun to see his most famous relative in a new light.

“When we were young it was very easy to take our grandmother for granted.  She was just a grandmother to us. It’s only really sort of been over the last sort of five, eight to ten years that I’ve actually really learned to sort of understand and accept the huge deal that she is around the world, especially within the U.K.,” Harry said.

To mark the Queen’s Diamond Jubilee celebration of her 60 years on the throne, Couric conducted several rare interviews with members of the royal family, TRH Prince Harry, The Duke of Cambridge Prince William and The Duke of York Prince Andrew, which will air in an ABC network special, “The Jubilee Queen With Katie Couric,” Tuesday, May 29 at 9 p.m. ET.  The broadcast will also include interviews with Princesses Beatrice and Eugenie and give viewers special access inside Buckingham Palace.

The 27-year-old prince, who is the third in line to the throne, hit the road as his grandmother’s royal envoy for the first time this March, visiting the Caribbean, Central and South America to greet and thank her subjects.

The prince attended to royal business on the queen’s behalf, but was widely applauded for the fun and charm he brought to the task. He took on Olympic great Usain Bolt in a friendly 20-meter race in Jamaica and boogied with locals in Belize.

To royal watchers, it looked like the prince had not only found his groove, but also his own unique way to express the values of his grandmother, who became monarch when she was only 25. Source

“To Greet and Thank Her Subjects”

Anything turn your stomach here? You know how people justify their acceptance of this wicked royalty scam that hogs the world’s resources while exploiting humanity? They say they’re just traditional or symbolic “figureheads” and it’s just a leftover of a world gone by.

After all, we’re democracies now where we are free to elect our own leaders.

The scam of ages. This chick and her fellow bloodline breeders are still the heads of a vast empire, as benignly as they want to portray it. She remains Queen of not just England but “16 former British colonies including Australia, Canada and New Zealand; and head of the Commonwealth, a multinational body created after the dissolution of the British empire. ” Source

Her holdings are vast and estimated in the trillions and her real estate empire is worldwide. One little side real estate tidbit is all the seabeds surrounding the UK. Tell me how you pull that one off!

And her political power, outwardly at least, is no rubber stamp. She has something called the “royal prerogative”, very akin to the U.S. President free-handed untouchable Executive Order.

But royal prerogative is the subject of controversy, because it confers on governments the power to make major decisions without recourse to parliament. When Edward Heath brought Britain into the EEC in 1972, parliament was not consulted until afterwards. Similarly, Margaret Thatcher used royal prerogative to go to war in the Falklands in 1982. Source

The above doesn’t even touch her banking bloodline family tie-ins and all her secret society connections. This family is wicked to the core. The Rothschilds are her bankers. The City of London her power center. The evil castles her satanic playground.

All the while deceiving a brainwashed public she’s this benign little old grandmother who wouldn’t hurt a fly.

If she or all the other royalty had one iota of compassion or empathy, which they don’t, they’d open their overflowing coffers of gems and jewels and gold and silver and vast amounts of obscene wealth and start feeding the starving people of the world.

That they don’t leave humanity once again in the grips of the carefully crafted Illuminist Freemasonic control method:

Holding two conflicting beliefs or thoughts at the same time causing considerable discomfort, or dissonance. What happens then is a justification is formulated for each of the two beliefs…which really can’t be reconciled.

Result? Inaction, inability to fully process information, and eventual shutdown to prevent seeing conflicting information. That’s why we’re snowed under with it continually – the heroism of war, war brings peace, banksters deserve to do what they do, we brought the downfall of the economy on ourselves, we cause global warming and CO2 is bad.

The list is a big as the phony hologram called the projected reality we see around us. Your spirit and consciousness knows it’s all a lie, yet your head and programmed mind is entranced by the illusion.

Waking up is hard to do? No, standing frozen in your footsteps with a tornado approaching and not be able to see it…that’s what’s tough.

It’s time to fully wake up. Nothing else matters. 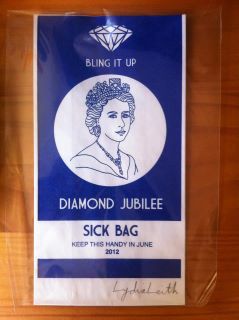 GOD SAVE THE QUEEN (and her fascist regime) Keiser Report: Unelected Officials (E295)

Yep, and remember Bitch Queen's Prince consort, Philip said "I just wonder what it would be like to be reincarnated in an animal whose species had been so reduced in numbers than it was in danger of extinction. What would be its feelings toward the human species whose population explosion had denied it somewhere to exist... I must confess that I am tempted to ask for reincarnation as a particularly deadly virus." - Foreword to If I Were an Animal - United Kingdom, Robin Clark Ltd., 1986

Presently, of the states that are members of the Commonwealth of Nations, three are in Europe, twelve in North America, one in South America, nineteen in Africa, eight in Asia, and eleven in Oceania (including one suspended member, Fiji). There are six former members, four of which no longer exist as independent entities (but form part of current member states). The members have a combined population of 2.2 billion people, almost a third of the world population, of which 1.21 billion live in India and 95% live in Asia and Africa combined

Chris of the family Masters posted blog posts
32 minutes ago

Burbia commented on Larry Flinchpaugh's blog post How does Biden get away with so many brazen lies? He’s counting on the brazen liars in the media to cover up for him.
"Some of the media names are on the contact list found on the laptop from hell. It's in their…"
16 hours ago

"Good morning all and greetings to new members you have come to the right place."
22 hours ago

"I upvoted because this video shows the insanity of the Marxist’s mentality.  However…"
23 hours ago

cheeki kea commented on Chris of the family Masters's blog post When the sheep wakeup...
"https://www.bleepingcomputer.com/news/technology/twitter-is-down-with-users-seeing-something-went-wr…"
23 hours ago