Reminder: Adolf Hitler Also Wanted To Go Outside And Do Things

Don't be like the Nazi "outsiders". Stay inside. Nazis are bad, 'mmkay? U.S.—Many Americans are growing tired of the lockdown and want to once again leave their homes and go do things. As many historians note, this is similar to the attitude of genocidal maniac Adolf Hitler.

“If there is one thing Hitler was known for,” says historian Eric Reese, “it’s that he would leave his house and do things -- such as go to a restaurant, go to the store, or give a speech to a large crowd. It’s interesting -- and maybe scary -- that so many Americans want to do some of those same things.”

There are many photos of Hitler outside, providing ironclad proof that Hitler also liked to leave his house. It’s not certain, though, what the connection is between hateful bigotry and not wanting to be trapped in one’s own home. “We can’t know what’s motivating these people who want to get out of their houses,” said California Governor Gavin Newsom, “but is genocide next? History says yes.”

In Hitler’s final days, though, he did dutifully shelter in place -- living in a bunker -- despite wanting to go outside, so historians note that people who actually do go outside are in fact “worse than Hitler.”

I hereby humbly suggest that the Peace Prize for 1939 is awarded the German Chancellor and Führer Adolf Hitler, a man, who in the opinion of millions of people, is a man who more than anyone in the world has deserved this highly respected reward.

Authentic documents reveal that in September 1938 world peace was in great danger; it was only a matter of hours before a new European war could break out.

The man, who in the opinion of millions of people, is a man who more than anyone in the world has deserved this highly respected reward.

Authentic documents reveal that in September 1938 world peace was in great danger, it was only a matter of hours before a new European war could break out. The man who during this dangerous time saved our part of the world from

this terrible catastrophe was without no doubt the great leader of the German people. In the critical moment he voluntarily did not let weapons speak although he had the power to start a world war. By his glowing love for peace earlier documented in his

famous book Mein Kampf – next to the Bible perhaps the best and most popular piece of literature in the world – together with his peaceful achievement – the annexation of Austria – Adolf Hitler has avoided the use of force by freeing his countrymen in Sudetenland and making his fatherland big and powerful. Probably Hitler will, if unmolested and left in peace by war mongers, pacify Europe and possibly the whole world.

Don't forget to get your vitamin C, everyone! - 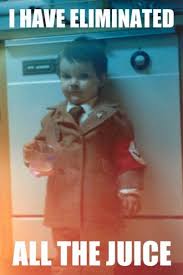 He lived in Argentina til 1962 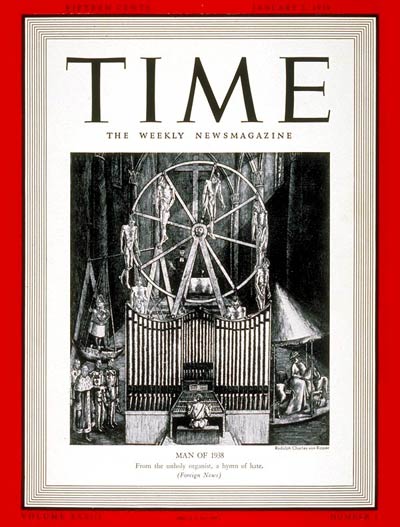 He Only sheltered in place as a last and final resort when he knew without an iota of doubt that All hope was lost. He would not have done so otherwise. He liked being out in the sunshine because back then they believed that the vitamin D from it was good for the health. 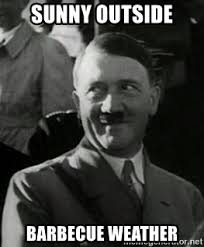 I think in the photo he said he said Bar-be-que, not burn the jew. Had to eat first. Rumour has it he was a nominee for the Nobel Peace Prize in 39, recomended by a Swedish gentlemen, guy called Erik. However he had banned germans from accepting such prizes because he was on that game.

Chris of the family Masters commented on Doc Vega's blog post Inside My Head
"Actually, my life has not been exactly a bed of roses, either...."
6 hours ago

Guardian of Scotland commented on Phyllis Maka's blog post BLOW EM RIGHT BACK OUT OF THE HOUSE - good one!
"That is right on. You tell then sheriff. Do not come to Polk County and start any shit. There will…"
13 hours ago

Chris of the family Masters commented on Doc Vega's blog post Inside My Head
"I feel for you Doc...."
17 hours ago