STRANGE STORY OF THE QUEEN AND THE CHILDREN WHO 'DISAPPEARED' 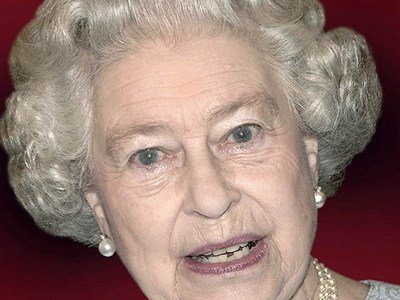 Signed statement by survivor witness followed by copy of letter already given to the Queen in 2008 by Kevin.

Statement of William Arnold Combes
I am an Interior Salish spirit dancer and am 58 years old. I live in Vancouver, Canada.
I am a survivor of the Kamloops and Mission Indian residential schools, both run by the Roman Catholic church. I suffered terrible tortures there at the hands especially of Brother Murphy, who killed at least two children. I witnessed him throw a child off a three story balcony to her death. He put me on a rack and broke some of my bones, in the Kamloop school basement, after I tried running away.
I also saw him and another priest burying a child in the school orchard one night.
In September 1964 when I was 12 years old, I was an inmate at the Kamloops school and we were visited by the Queen of England and Prince Phillip. I remember it was strange because they came by themselves, no big fanfare or nothing. But I recognized them and the school principal told us it was the Queen and we all got given new clothes and good food for the first time in months the day before she arrived.
The day she got to the school, I was part of a group of kids that went on a picnic with the Queen and her husband and school officials, down to a meadow near Dead Man's Creek. After awhile, I saw the Queen leave that picnic with ten children from the school, and those children never returned. We never heard anything more about them and never met them again even when we were older. They were all from around there but they all vanished.
The group that disappeared was seven boys and three girls, in age from six to fourteen years old. I don't remember their names, just an occasional first name like Cecilia and there was an Edward.
What happened was also witnessed by my friend George Adolph, who was 11 years old at the time and a student there too.
_______________________
William Arnold Combes
(signed and witnessed in the original)
February 3, 2010
Vancouver, Canada
---------------------------------------------------------------------------------------------------------------------------------------
Media Advisory:
Queen of England Issued a Letter of Demand, Possible Lawsuit by Indian Residential School Survivors
Evening of Thursday, January 24, 2008Unceded Squamish Territory ("Vancouver, Canada")Elizabeth Windsor, the Queen of England, was issued a Letter of Demand yesterday that requires that she identify the fate and burial sites of all the children who died in Indian Residential Schools established under the authority of the Church of England and the British Crown.The Letter was handed personally to Governor-General Michaelle Jean by aboriginal elder Carol Martin at the Downtown Eastside Womens' Centre in Vancouver in the afternoon of Wednesday, January 23. Ms. Martin asked the Governor-General to deliver the Letter of Demand to the Queen on behalf of residential school survivors, and the Governor-General accepted the Letter and assured her that she would.As a Common Law Notice, the Letter requires that the Queen comply with the request to identify the grave sites and cause of death of these children within thirty days, or face possible legal action."The buck stops at Buckingham Palace" commented another aboriginal elder and residential school survivor. "The Queen, and the Pope, are the ones responsible for the genocide their government and churches did to my people. She has to be held accountable. She has the power to help bring our children home, finally."

In recent weeks, similar Letters of Demand have been issued to officials of the Canadian government and the Catholic, Anglican and United Church of Canada by residential school survivors. Karl Ratzinger, Pontiff of the Roman Catholic Church, is scheduled to be issued a similar Letter of Demand soon.

A national press conference to announce the next stage in this Truth Campaign will be held on Monday, February 4 at 10:00 am outside the Prime Minister's Office at 80 Wellington street in Ottawa. Organizer Kevin Annett (Eagle Strong Voice) will be present at this event.

To: Elizabeth Windsor, aka "Queen of Great Britain"

(Transmitted through the office and person of Michaelle Jean, Governor-General of Canada)

This Public Letter of Demand is issued to you, Elizabeth Windsor, as one who claims the title and fudiciary resposibility of Queen of Great Britain and the Commonwealth, and Head of the Church of England in Canada, aka the Anglican Church.

We, as the friends and relatives of tens of thousands of children who died or were murdered in Indian Resedential Schools in canada established and run by your Church of England and the British Crown from 1867 to 1996, do hereby demand that you, Elizabeth Windsor, in your capacity of Queen of Great Britain and the Commonwealth, and head of the Church of England, publicly disclose the cause of death and whereabouts of the buried remains, of all children who died in Indian Residential Schools operated by the Church of England in Canada, aka the Anglican Church.

This Common law Notice also requires that you, Elizabeth Windsor. arrange the immediate repatriation without conditions of the remains of thesen persons to their holes for a proper burial.

This Common Law Notice also requires that you, Elizabeth Windsor, publicly name and surrender all persons in or employed by the Government of Canada and the Anglican Church who are responsible for or complicit in these deaths and disappearances, and all documents and evidence related to the same.

This Common Law Notice also requires that you, Elizabeth Windsor, compel Canada through its Governor-General to comply with these requirements of natural justice and international law.

If you, Elizabeth Windsor, fail to comply with these requirements within thirty(30) days of you recieving this notice through the medium of the Governor-General of Canada, it will be assumed that you do not dispute these claims contained herein, and legal action may be commenced against you.

on behalf of the Friends and Relatives of the Disappeared

Comment by Amina Mahboob on May 1, 2010 at 3:04am
yes...and the thought of what must have happened to the kids makes me shudder!

Guardian of Scotland replied to steve's discussion While we are at it Lets expose this FEAR PEDDLEING MONEY HUSTLEING DOOM AND GLOOM CHICKEN LITTLE SKY IS FALLING SCAMMER.
"Thanks Steve for this article. I have followed Adams for a while now. I have never purchased…"
31 minutes ago

"This chick is fucking awesome!"
6 hours ago

We can't keep doing this, making everyone stay at home. We'll starve. If they can Shanghai, so to…
7 hours ago
0 Comments 0 Favorites

"Mostly Mexicans (a mixture of Spanish, Indians and blacks) but when I worked for Krupp making tool…"
8 hours ago

"That is curious. CS - Indeed, I always forgot to rewind my DVDs before I dropped them off at the…"
8 hours ago

Mr. Sizzle replied to Chris of the family Masters's discussion Putin was a Waif Adopted by Chabad
"I like you."
8 hours ago

"Very true Steve, those pathetic bastards chose darkness over light. They have no clue what…"
8 hours ago

cheeki kea replied to Chris of the family Masters's discussion Putin was a Waif Adopted by Chabad
"Yes  They're "everywhere" they are not welcomed."
8 hours ago