The Bilderberg Plan for 2009 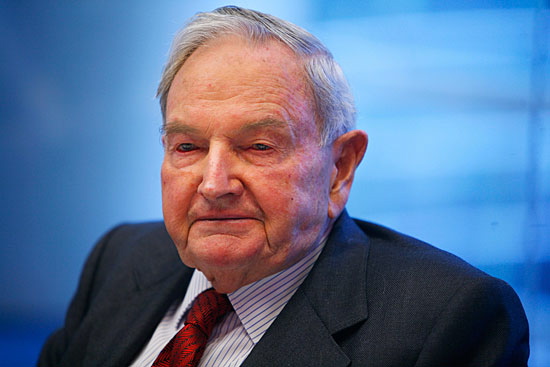 From May 14-17, the global elite met in secret in Greece for the yearly Bilderberg conference, amid scattered and limited global media attention. Roughly 130 of the world’s most powerful individuals came together to discuss the pressing issues of today, and to chart a course for the next year. The main topic of discussion at this years meeting was the global financial crisis, which is no surprise, considering the list of conference attendees includes many of the primary architects of the crisis, as well as those poised to “solve” it.

The Agenda: The Restructuring of the Global Political Economy

Before the meeting began, Bilderberg investigative journalist Daniel Estulin reported on the main item of the agenda, which was leaked to him by his sources inside. Though such reports cannot be verified, his sources, along with those of veteran Bilderberg tracker, Jim Tucker, have proven to be shockingly accurate in the past. Apparently, the main topic of discussion at this years meeting was to address the economic crisis, in terms of undertaking, “Either a prolonged, agonizing depression that dooms the world to decades of stagnation, decline and poverty ... or an intense-but-shorter depression that paves the way for a new sustainable economic world order, with less sovereignty but more efficiency.” Other items on the agenda included a plan to “continue to deceive millions of savers and investors who believe the hype about the supposed up-turn in the economy. They are about to be set up for massive losses and searing financial pain in the months ahead,” and “There will be a final push for the enactment of Lisbon Treaty, pending on Irish voting YES on the treaty in Sept or October,”[1] which would give the European Union massive powers over its member nations, essentially making it a supranational regional government, with each country relegated to more of a provincial status.

Shortly after the meetings began, Bilderberg tracker Jim Tucker reported that his inside sources revealed that the group has on its agenda, “the plan for a global department of health, a global treasury and a shortened depression rather than a longer economic downturn.” Tucker reported that Swedish Foreign Minister and former Prime Minister, Carl Bildt, “Made a speech advocating turning the World Health Organization into a world department of health, advocating turning the IMF into a world department of treasury, both of course under the auspices of the United Nations.” Further, Tucker reported that, “Treasury Secretary Geithner and Carl Bildt touted a shorter recession not a 10-year recession ... partly because a 10 year recession would damage Bilderberg industrialists themselves, as much as they want to have a global department of labor and a global department of treasury, they still like making money and such a long recession would cost them big bucks industrially because nobody is buying their toys.....the tilt is towards keeping it short.”[2]


After the meetings finished, Daniel Estulin reported that, “One of Bilderberg’s primary concerns according to Estulin is the danger that their zeal to reshape the world by engineering chaos in order to implement their long term agenda could cause the situation to spiral out of control and eventually lead to a scenario where Bilderberg and the global elite in general are overwhelmed by events and end up losing their control over the planet.”[3]


On May 21, the Macedonian International News Agency reported that, “A new Kremlin report on the shadowy Bilderberg Group, who this past week held their annual meeting in Greece, states that the West’s financial, political and corporate elite emerged from their conclave after coming to an agreement that in order to continue their drive towards a New World Order dominated by the Western Powers, the US Dollar has to be ‘totally’ destroyed.” Further, the same Kremlin report apparently stated that, “most of the West’s wealthiest elite convened at an unprecedented secret meeting in New York called for and led by” David Rockefeller, “to plot the demise of the US Dollar.”[4]

The Secret Meeting of Billionaires

The meeting being referred to was a secret meeting where, “A dozen of the richest people in the world met for an unprecedented private gathering at the invitation of Bill Gates and Warren Buffett to talk about giving away money,” held at Rockefeller University, and included notable philanthropists such as Gates, Buffett, New York Mayor Michael Bloomberg, George Soros, Eli Broad, Oprah Winfrey, David Rockefeller Sr. and Ted Turner. One attendee stated that, “It wasn’t secret,” but that, “It was meant to be a gathering among friends and colleagues. It was something folks have been discussing for a long time. Bill and Warren hoped to do this occasionally. They sent out an invite and people came.” Chronicle of Philanthropy editor Stacy Palmer said, “Given how serious these economic times are, I don't think it's surprising these philanthropists came together,” and that, “They don't typically get together and ask each other for advice.” The three hosts of the meeting were Buffet, Gates and David Rockefeller.[5] [See: Appendix 2: Bilderberg Connections to the Billionaire’s Meeting].

To read the remainder of this informative article click HERE

"John Deer's greed will effect us all in the end! By making it too expensive to repair the…"
2 hours ago

Ultra-Orthodox Haredim Jews in Jerusalem shout "Nazis" against them, coughing over the Israeli police trying to implement the measures taken due to the coron...
2 hours ago
0 Comments 0 Favorites

Proud to say I smoked a joint w/ this man back when I was 17, and had no idea who he was at the…See More
3 hours ago
0 Comments 0 Favorites

Central Scrutinizer replied to MAC's discussion Lets Get Them All! Gates Birx Fauci Soros all of them
"I'm ready to fuck some assklowns up folks....."
6 hours ago

Central Scrutinizer favorited MAC's discussion Lets Get Them All! Gates Birx Fauci Soros all of them
6 hours ago

Guardian of Scotland commented on Central Scrutinizer's blog post BIG THREE NETWORKS TO AIR ‘ONE WORLD GLOBAL CITIZEN’ CORONAVIRUS BENEFIT
"When I heard this on TV my response was WTF? As soon as I heard the names of the co hosts I almost…"
6 hours ago

Guardian of Scotland replied to MAC's discussion Lets Get Them All! Gates Birx Fauci Soros all of them
"This was a smashing video presentation. Send thanks to the lady providing this information. Prepare…"
7 hours ago

Central Scrutinizer commented on Central Scrutinizer's blog post BIG THREE NETWORKS TO AIR ‘ONE WORLD GLOBAL CITIZEN’ CORONAVIRUS BENEFIT
"Key word to this Kum-ba-ya moment... "One World" WTF???, Is Kissinger the emcee to this…"
9 hours ago