Night has settled over the dense countryside and a land owner whose nearest neighbor is a mile away here's a strange sound emanating from out in the wilderness. It is a cold night and most of the livestock will be sleeping in the barn on this puzzling winter night. The horse trailer has just been unloaded and the tired wife and husband prepare to turn in for the evening, but there's that disturbing sound hauntingly drifting in from deep in the woods. Why? Who could possibly have left a baby in the middle of nowhere?

Hundreds of miles away another ranch operation thirty miles from the nearest town manages horses and cattle. Normally, there is not much to life but hard work and routine occurrences. Not much to see here unless your animals are being killed by a predator that defies any kind of natural beast that feeds on prey they know of. Cattle ripped to pieces and carried off. No bear, coyote, or cougar predates in this manner. Something is afoot. Then there's that baby's cry in the dark foreboding hours of the night. Where could this possibly come from?

Those who live and work in rural America far from suburban life or big city insanity have encountered a form of insanity all their own, and it's frightening as well as deadly. After witnesses have seen shape shifting creatures silently draw near their cattle in the unholy hours of nocturne creeping on all fours within striking distance and then attack like monsters don't ever want to see that happen again. Even armed with powerful rifles these cowboys and ranch hands have seen something they wish they could purge from their memories forever. Watching a huge steer savaged, decapitated, and carried off like a sack of potatoes with awesome swiftness is unsettling.

What about that baby's cry? Those who know what lurks in the night also know that the creatures can imitate human vocalizations. Knowing that the sound of a baby in distress will lure most people into the darkness, into the woods, and away from the safety of their home. Once lured in far enough, that person never comes back and is never found again. David Paulides, author of the 411 Missing Persons identifies this ominous prank as one way that some people disappear for no apparent reason, yet many who live out near the wilderness report this heart wrenching phenomenon.

Who is out there?

An army veteran of operation Desert Storm makes it a point to hike into the woods of the Pacific Northwest regularly though he suffers from shrapnel injuries. His long walks take him down obscure hiking trails, gravel logging roads, and remote paths made by wildlife. Him and many like him make national parks, wildlife refuges, and nature preserves their escape to freedom. To commune with nature, forget about their problems for a while, and be at peace with God's creation takes them to an all too brief visit to paradise. However, there is a problem in paradise, and it is terrifying! Many hikers, campers, fisherman, and hunters have made the mistake of running afoul of a huge semi-human throwback in time, perhaps a missing link, perhaps an entity from the demonic realm, or just an undiscovered primate!

The encounters can be so traumatic that people never get over them. Some individuals go into shock, while others simply put these experiences in the back of their mind never to speak of them again! Hunters who refuse to use their rifle in self defense because they see something human in the hairy man-like creature? People who are forced to use restraint in the face of a powerful entity that could easily tear them apart and slowly back up and quickly walk away? Sometimes that happens. Other times a fisherman might have to run for his life! Sometimes a hiker will run to the point of exhaustion with the creature practically breathing down his neck! One US war veteran claimed that he was escorted for 2 miles down a gravel road to a paved farm road where he was literally knocked across the two lane blacktop before the monster finally disengaged!

"Escort" is the new word of etiquette when it comes to many frightening Bigfoot encounters! When confronted by the sudden and often accidental meeting of the two species it is common practice for the Sasquatch to chase, intimidate, or force the human intruder from their hunting grounds, but some are not so lucky! There are those disturbing disappearances that occur in known Bigfoot country who are never seen again. Bone collection sites have been found with disturbing frequency. Skulls and dismembered skeletons are not the leftovers of natural predators. A kill site is scavenged until nothing is left. No animal in nature stores the bones of its kills, except one! Is the cry of a baby like a hunting call for a duck used by the human rifleman? One thing is for sure whenever a person has a confrontation with whatever it is people are reporting, being escorted out of Bigfoot territory is the lesser of the two evils for sure!

Got one on film. This is from the 1970s. Both the man and the one taking the pic had been standing there for about 15 minutes, and never noticed the other guy (with hood). The hooded guy is also at least 7 feet tall, even taking into account the higher ground. 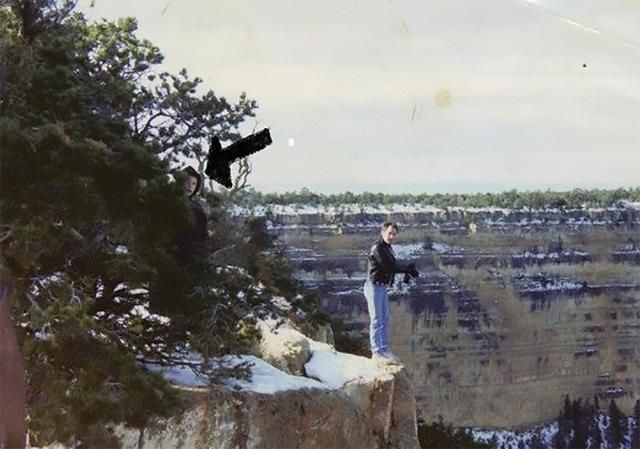 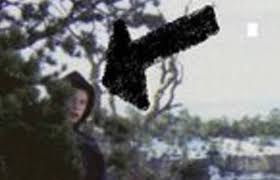 The Purpose of Disruption

Central Scrutinizer favorited Chris of the family Masters's blog post Are you still pro-vaccine?
4 hours ago

"cheeki, 45 minutes after getting home, the air of stupidity, the naivety, & the ignorance,…"
5 hours ago

"Thanks. Jones narrated it in English on his Sunday show."
6 hours ago

"she was on the simpsons"
9 hours ago

"yes, I have uploded another video in a blog post with more info on this and a subtitled copy"
9 hours ago

"What is the language there, Portuguese?"
11 hours ago

"RT could have sprung for English subtitles."
11 hours ago