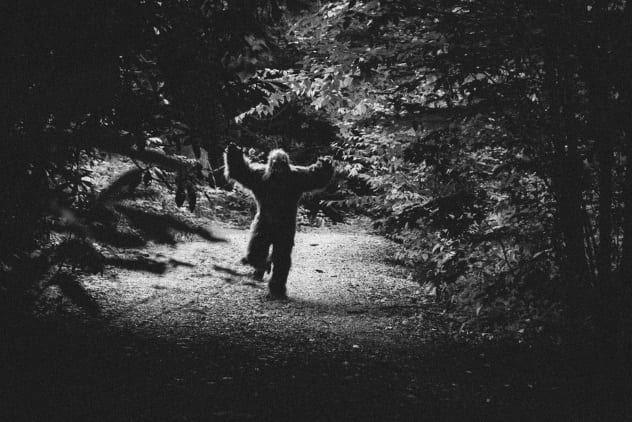 In the northern extremity of the Vermont wilderness is the Glastonbury Mountains and what remains of a town they were named after. The region is notable for its legends of disappearances and untimely deaths. Sometime in the 1700’s Glastonbury was built and the townspeople eked out a living using the timber resource to build their homes and to sell to neighboring villages. It was a tough existence with winters that were harsh and bitter. But, if that wasn’t enough, another dimension entered into existence on Glastonbury Mountain. 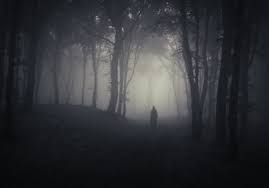 Apparently an outbreak of insanity fell upon the community of Glastonbury. Unsolved murders, some people losing their minds, and a series of missing person incidents began to slowly but surely erode the town of residents. Law and order seemed to break down as well as many of the crimes were senseless and unsolvable. Eventually, Glastonbury became a ghost town. Whoever was left finally abandoned their homes in fear of becoming the next victim. Some of these people escaped to nearby Bennington to establish homesteads and businesses there, but in 1945 things began to change there as well.

Beginning of the nightmare

A beautiful 18 year old college coed informed her friends at the dormitory she was staying at that she was going for a brief walk along a hiking trail and would be back in short while. She put on a red coat which is easy to spot in the woods. Along the way she spoke with other hikers and even got directions from a local motorist, but within hours of her failure to show up, a search and rescue effort was organized. Despite many volunteers and professionals combing the trail and woods along the path no clues were found. Even though she was wearing a red coat, easy to spot in the woods, neither she nor her clothing were ever recovered. With local newspaper photos and radio bulletins there were no clues to what had happened. A local lady who was an experienced hiker and knew Glastonbury Mountain like the back of her hand set out with some sightseers and they all began walking along a popular trail. Once the guide got ahead of the group they found that she had vanished. The 75 year old hiker and guide who was said to be in excellent health simply disappeared without a trace when she had been no more than a couple of minutes ahead of her guests! Once again, a search party with dogs began a tedious probe of the area. After a few days it was apparent that they would find nothing. In these cases families often remain for some time after authorities have exhausted their resources, but still no trace was found.

From 1945 to 1950 a series of incidents left their telltale mark upon the area. A little boy nearby his mother who was feeding pigs disappeared within eyesight of his parent. Three hunters out for a weekend together all vanished without any clues. One woman who authorities had scoured the area for was never located, but chillingly in the spring when the snow melt had come her badly decomposed remains were discovered in an area that been exhaustively covered several times. A theory that the woman had been murdered and placed there as search efforts dissipated so that the snowfall would conceal her body was theorized by the police. Only a serial killer would go to the trouble to hold a dead body and wait for the search effort end, they speculated, and then would place, by now, a decomposing body just as the snowfall began. Due to the terrible condition of the woman’s corpse, no cause of death could be determined by the coroner. A war veteran who had stepped out onto the trails for a walk never returned, and would never be seen or heard from again despite another search. As David Paulides commented, the author of the 411 Series of unsolved missing persons throughout the rural and forested parks of the US, the Bennington Triangle, as another writer had labeled these incidents, qualified as a “Cluster Zone” of vanishings. Unfortunately, these regions of continued missing person mysteries may continue for decades outlasting career law enforcement officers and the files they keep on these cold cases. This results in past disappearances being handed over to the next generation of enforcement personnel with no new leads or explanations. To make matters worse, many small communities simply lack the funding and resources to continue a manhunt or rescue effort for very long. 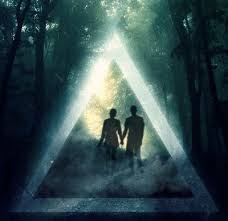 Throughout the United States replete with National Parks, nature preserves, monuments, and wilderness for hikers, campers, fishermen, and hunters there are some areas well known for frequent disappearances, but the Glastonbury Mountain region is not only infamous for missing persons, but also foul play, murder, and the suspicion of a once active serial killer! According to some experts who believe that a predator stalks the wilderness regions of America from the Northwest Pacific to the Florida Everglades, those wearing bright colors are often taken. Those at the head of a group of people often go missing. Those at the end of the line of family or hiking group often vanish. This, animal behaviorists say is the pattern of a predator that will pick off the easiest and least risky of its victims. It seems the Bennington Triangle falls under that ominous category. There are many who suspect that Glastonbury could be the hunting grounds of Bigfoot. 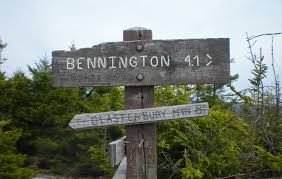 You're most welcome, Doc.

James-Thanks Buddy. I was lucky enough to see him live while he was still alive. Seen some of his interviews too and read all his books. I will definitely check it out!

Doc - If you haven't seen this, you may enjoy it. It's Keel's lecture on the men in black, in 6 parts (I think it's about 45 minutes total). One of my favorites.

James, the scientific possibility of dimensional portals has been discussed as a plausible model for the disappearances. Aliens (inter-dimensional beings) or Ultra Terrestrials as was termed by John A. Keel?

The United States is at the very precipice of a dangerous transformation of our society, freedoms,…See More
2 hours ago
2 Comments 2 Favorites

Doc Vega replied to Less Prone's discussion MN Senator and Dr. Reveals HHS Document Coached Him on How to Overcount COVID-19 Cases
"Typical of the government generated disinformation we get!"
2 hours ago

Doc Vega commented on James Roberts's blog post Why Are So Many People That Have "Recovered" From The Coronavirus Testing Positive Again?
"Talking with someone who has excellent sources to Chinese Cable TV apparently the coronavirus…"
2 hours ago

Don't click on the X to try Facebook's new format.  You cannot return to the old as promised.See More
2 hours ago
2 Comments 1 Favorite