Ahmed died today. He was shot in the face in Mogadishu by a stray bullet. But that didn't kill him, nope, he survived perfectly well. The surgery to correct the disfigurement killed him many weeks later.

The war in Somalia is one we don't read much about. It's distant. It's not 'our' war, Afghanistan is 'our' war, the right war, the necessary war. Except no war is necessary but all of them are ours.

Even the wars we aren't actively fighting use American weapons since our weapons are sold globally and we sell 47% of ALL weapons sold globally.

The US, although one wouldn't know it from reading the so-called news, is heavily involved in Somalia, just as we are in Afghanistan. The NWO is behind all wars. Look into the face of war, the face of Ahmed, Ahmed Mohamed Mohamoud, who might just as easily have been named John Smith, or Jeff Prager, and tell me war, any war, is necessary.

WE, Americans, are the terrorists. That's the truth of it. And all of us are individually complicit for allowing this to continue. War is what the NWO does. Protesting anything else is a waste of time. 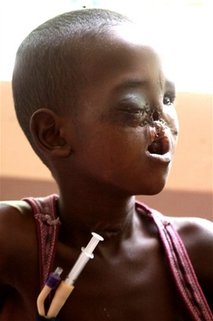 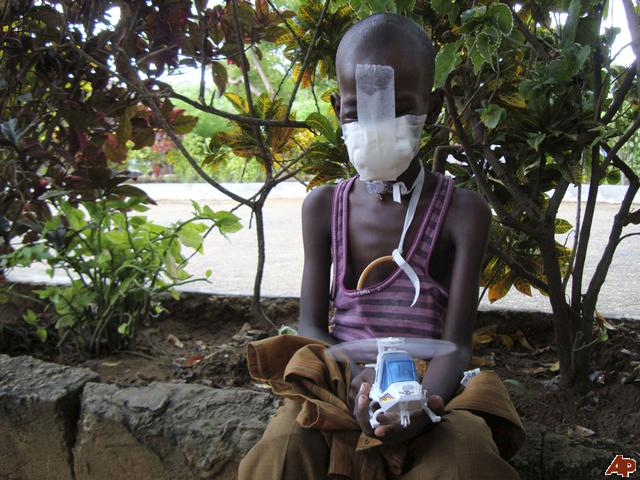 Comment by Tara on January 28, 2010 at 2:37pm
This is just heart wrenching Jeff! Being a mother myself, I can't even imagine the pain a family must go through when they lose their child in such a vicious, brutal way. It's so needless, these damn wars for profit! When will justice ever be served?

Anthony Kimbrough replied to stormtruther's discussion Are They Burning Dead Bodies In Wuhan, China To Hide The Inadvertent Release Of A Mortal Nerve Toxin? ( I vote plausible)
"I heard a few weeks or months ago that Speculators were running the price of Bacon and other parts…"
3 minutes ago

"I forgot shit shoveler"
21 minutes ago

"stormtruther - Indeed. I don't think they live very happy lives. Lesbians have the highest…"
27 minutes ago

stormtruther replied to stormtruther's discussion Are They Burning Dead Bodies In Wuhan, China To Hide The Inadvertent Release Of A Mortal Nerve Toxin? ( I vote plausible)
"CRIKEY!  I hope its not"
35 minutes ago

"without i meant, freudian slip"
37 minutes ago

"I just think they're funny, the world would be poorer with them, i just don't want them…"
37 minutes ago

"It just seems kind of dumb to me to yell epithets at someone. What does it accomplish, other than…"
44 minutes ago