The Legend of the Randolph Bottom Monster Pt. 2 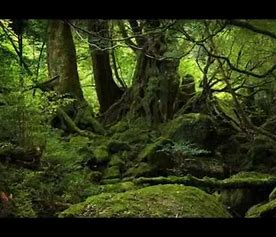 The state of Oklahoma seems to be a Bigfoot sighting hotspot. In the year 2000 while US Army units were involved in ground manuevers deployed out of Fort Sill, a reconnaisance officer in the field made a curious observation. Close to a thousand yards distant in a grassy meadow he spotted a lone solitary figure. Tall and having dark features this individual differed from the hunters who wore green camoflauge outfits or brightly colored vests in hunting season to prevent being accidentally shot by another hunter. Yet, while arrangements had been made by Forestry and National Park officials to clear the area for the US Army to conduct war games.
Unknown intruder
Apparently, someone or some thing had not gotten the message. In a military style Achilles suit the US Army scout could not make out distinct features at the distance he was at from the suspicious walking figure even with his binoculars, but he was sure that it was tall, walked on two legs, and seemed to be covered in hair. This is but one peculiar occurence of many. In the Muskogee area of Oklahoma near Lake Eufala a rash of Bigfoot sightings erupted in the same year of 2000. Two seasoned police veterans were enjoying a campfire out in the deep woods at night when someone began throwing rocks at their position. The men were both armed began to move forward to see who the pranksters were when they heard a loud roar that sounded nothing like any local animal they knew of! Then a huge indistinct figure higher up on a slope began thrashing through the brier and brush. Even armed, both men were shaken up by their experience! It seemed someone or something did not want them there. Both men were interviewed on TV about their experience.
Well hidden
With residents in the cities of Madil and Kingston along with the Lake Texoma wilderness residents they report hearing strange calls that do not match that of coyotes, cougar, wild cats, or black bear. They say the calls resemble those of a primate. Of course, in every controversy there will be believers and skeptics. Most locals agree that the tree line is so thick and especially along the creek shores that it would be very easy for an intelligent animal wishing to remain hidden to dwell unseen in these areas. Most of the frightening encounters seem to occur near the darkened tree line of a creek or low river bank. It was not too long ago that biologists proclaimed that black panthers did not live this far southwest yet there have been many sightings. Occasionally locals on horseback will be nearly thrown off their animal when a panther crosses their path on a country road. Black bear are now so numerous further north that hunting season must be commenced to control the largest bear population in decades yet still they are hard to spot. So, how easy would it be for a rare and hyper sensitive creature to evade detection? History of encounters
BFRO (Bigfoot Research Organization) has thousands of records of witness testimoney, newspaper articles talking of terrifying encounters among farmers and home owners in the area, and even hunters. Break ins, farm animals killed and dragged off, missing persons, and terrified people in the aftermath of accidental encounters, are often reported by newspapers. One of the most common remarks is that it wasn't a bear! So what is it? Researchers like John A. Keel, author of "UFO's: Operation Trojan Horse" say that there is a common denominator responsible for hauntings, Bigfoot, and UFO's as many of these incidents occur in close proximity or in a succession of visitations in a given area over long periods of time.
Repeated vanishings
The most active cluster regions mentioned by David Paulides in his 411 Disappearaces book series are Crater Lake National Park, Columbia River Gorge National Park, and the area of the most continued vanishings of park visitors of all National Parks in North America, Yosemite National Park in northern California. Is it any coincidence that these areas correlate with frequent Sasquatch sightings? Even though national parks are intended to be for recreation and are managed by the National and State agencies still they are dangerous places especially to go into alone. Yet, there are few statistics offered up by the government on disappearances? Why?
Demonic beings?
Still there is an air of evil about Bigfoot sightings that scare people to the point of hysterics unlike a typical animal encounter even those that are threatening.A couple who had been members of a church for years went astray and had not attended their church for a long time. One night the Pastor, a well respected men, got a call around midnight. It was the couple in a panic telling him that a Bigfoot has been stalking their property and was screaming outside of their home! They begged him to come to their residence and help. The pastor jumped out of bed, got dressed, and headed for their home. When he got there the young man and wife invitied him in obviously scared badly. The pastor asked them if they had been dabbling in anything evil like witchcraft or satanic. They admitted they had gotten off the straight and narrow path. Saying he knew that this had happened he opened his Bible conducting something like an exorcism of the premises while the creature screamed from out in the darkness.
Vanquished
Within several minutes the monstrous howling finally stopped As if it had never happened at all peace returned and the sound of the night returned to normal. The shaken couple thanked their pastor who told them to restore their church going lives and never to dwell in evil again. This type of experience is actually more common than one might think. Many of those threatened by a strange creature encounter have reported that praying to Jesus immediataly sent the unholy entity away! It seems that the Bigfoot legacy hinges in a spiritual level,  apparently evil. In the late 1970's several Bigfoot documentaries cover the Sasquatch saga but determined that the creatures were not harmful to people, were mainly vegetarian, and preferred to remain shy and retiring in the presence of humans, but many reports today seem to be ominously threatening contrary to years before.
The wrong assumptions
The mysterious and horrific murder of a hunter and his dog in Randolph Bottom would seem to attest to the fact that the Bigfoot phenomenon is much more threatening and even territorial than once thought. Many people were misled about these enigmatic entities of the wilderness almost as foolishly as those who thought they could go out in the wild and share their granola bar with the big fellow! Perhaps, many of the missing persons in our national parks who go unaccounted for and are never seen again thought that if they encountered Bigfoot it would be a benign experience. Apparently, they were wrong. 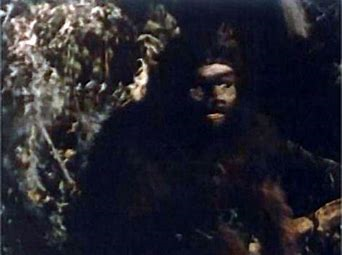 "A research laboratory of telecommunications equipment maker Huawei Technologies in the city of Dongguan, in southern Guangdong province, caught fire on Frid...
3 hours ago
0 Comments 0 Favorites

Less Prone favorited Phyllis Maka's blog post This physical world is the woowoo world We souls create in, spiritual reality is our real world
6 hours ago

September 22, 2020"As bad as the ruling and political class's totalitarian response to this…See More
6 hours ago
0 Comments 0 Favorites

Less Prone favorited Aaron's blog post Judge Scalia’s final wish was to not be smothered with a pillow.
6 hours ago

Less Prone left a comment for John Adam Madison
"Welcome aboard. Opinion is free."
9 hours ago

John Adam Madison is now a member of 12160 Social Network
9 hours ago
Welcome Them!

cheeki kea commented on Chris of the family Masters's blog post New Zealand Commie.
"Ha, there she goes again, masterminding multi-violations to the bill of rights. (The right to free…"
12 hours ago