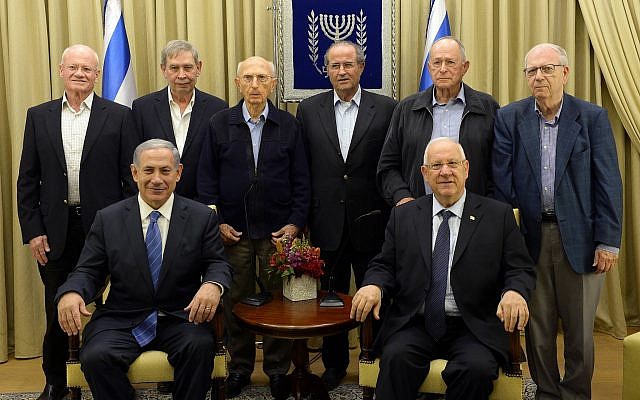 Five former chiefs of the Mossad spy agency leveled harsh criticism at Prime Minister Benjamin Netanyahu this week, with one saying that Israel was “dangerously sick” under his leadership.

“I feel so bad about what is happening in the country, the corruption is so deep, so pervasive,” Shabtai Shavit told the Yedioth Ahronoth daily in an excerpt of a joint sit down interview ahead of Independence Day. “There are no red lines, no taboos and add to that the deepening rift among the people.”

Israel should NEVER be compared to Germany and god forbid compared to Nazi and Hitler.  They did not want WAR....but the jews always want war.....  Not in my yahoo is a true war monger.  I seriously doubt if anything will be done to yahoo or about him either...... he is too power hungry and wants wars to sweep away the peoples of his coveted lands between the Nile and the Euphrates Rivers.....  The Rothschilds say so.....

IDF Chief Says Israel Is Becoming Like Nazi Germany, Refuses to Back Down

The outgoing IDF chief has doubled down on his highly controversial comments he made comparing modern-day Israel with that of 1930's Nazi Germany. http://www.globalresearch.ca/idf-chief-says-israel-is-becoming-like...