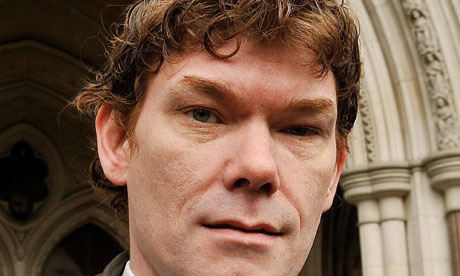 The high court has expressed concern over the length of time it is taking the long-running case of the computer hacker Gary McKinnon to come back to court.

Two judges attempted to speed matters up by listing the case for a hearing in July. They acted after being told that the home secretary, Theresa May, was "considering afresh" whether McKinnon, who has Asperger syndrome, should be extradited to the US to face trial for hacking into top secret US military computers in 2002.

Edward Fitzgerald QC, appearing for McKinnon, told the judges it was hoped that May would block US government extradition moves, meaning there would be no more need for court action.

The evidence of medical experts before her showed that 45-year-old McKinnon was "suffering from a serious mental disorder and there is a serious risk of suicide if extradited".

Fitzgerald said of the case: "We hope it will never come back to court."

McKinnon, of Wood Green, north London, claims he was looking for evidence of UFOs when he hacked into 97 Nasa and Pentagon computers from his flat in 2002.

Just before Christmas, his mother, Janis Sharp, called for her son to be tried in Britain and said attempts to extradite him to the US had destroyed his life.

She said he was suffering severe depression amid predictions that he could receive a sentence of 60 years. US officials have demanded that he is tried in the US.

Sharp said: "Our argument is to try Gary here and to be given a proportional sentence."

Another argument is that his removal to the US should be delayed until his current treatment programme is completed.

He was arrested in June 2005, and an order for extradition was made against him in July 2006 under the 2003 Extradition Act at the request of the US government.

The move has triggered three successive applications for judicial review, which have called into question the fairness of extradition laws – in particular the UK-US extradition treaty, which critics have condemned as one-sided in favour of the Americans.

The latest legal challenge to the 2006 extradition order was launched early in 2010 but adjourned so May could investigate the issues after becoming home secretary.

In December, a Commons debate was granted by the backbench business committee to the Tory Dominic Raab, who called for ministers to "inject a dose of common sense into the blunt extradition regime". Raab said: "Gary McKinnon should not be treated like some gangland mobster or al-Qaida mastermind."

Shami Chakrabarti, the director of the human rights campaign group Liberty, said: "Gary McKinnon's 10 years in limbo shame the UK authorities and outrage the public. His case shows how politicians are all for rights and freedoms in opposition but often hear a different drum in office.

"Ministers are good at lecturing judges about human rights, but if government won't protect the vulnerable, the courts must perform that duty. Broken promises are bad enough in politics but the public must be able to trust in the law."

The horror. The horror. So, what is the PPE for this? Depends soaked in Lysol? Will we have to take…See More
4 hours ago
1 Comment 2 Favorites

Central Scrutinizer favorited Phyllis Maka's blog post It’s time to hang the traitors! ALL OF THEM! ! Live on the Internet ! ! ! (Video)
6 hours ago