Watch: Hundreds of Activists Gather for ‘Stop the Steal’ Rally in Georgia

Watch: Hundreds of Activists Gather for ‘Stop the Steal’ Rally in G...

Activists have gathered in Atlanta, Georgia, for a “Stop the Steal” rally in support of President Trump and his efforts to ensure election integrity after Secretary of State Brad Raffensperger (R) certified the Peach State’s election results.

Watch above, courtesy of TeaPartyPatriots.org 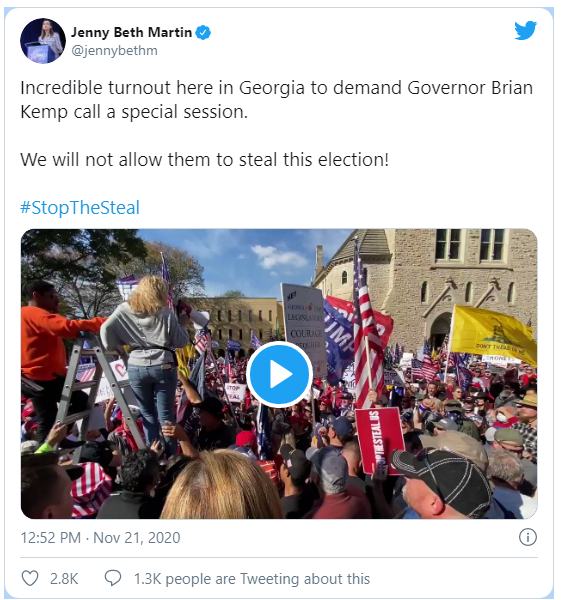 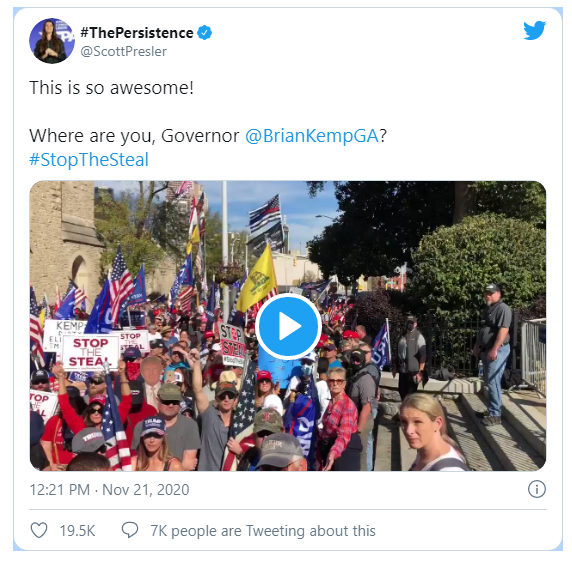 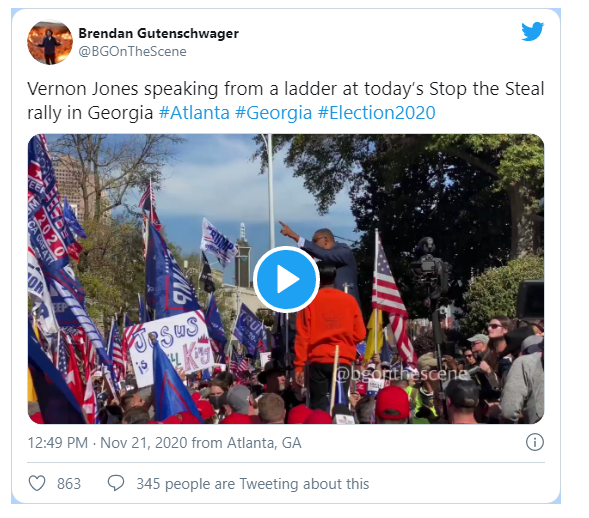 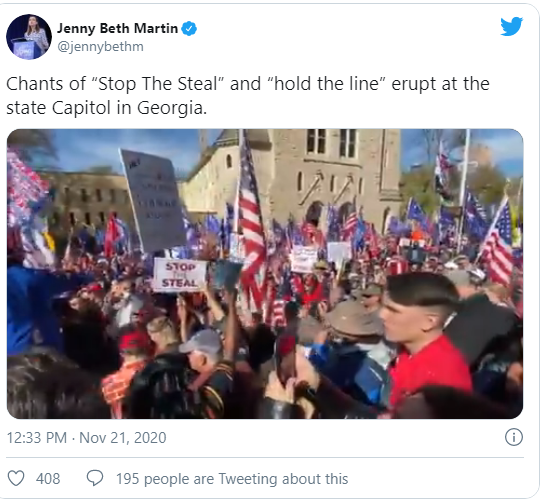 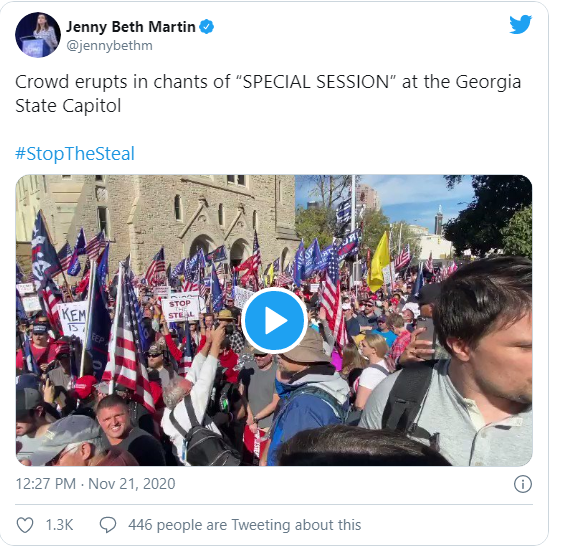 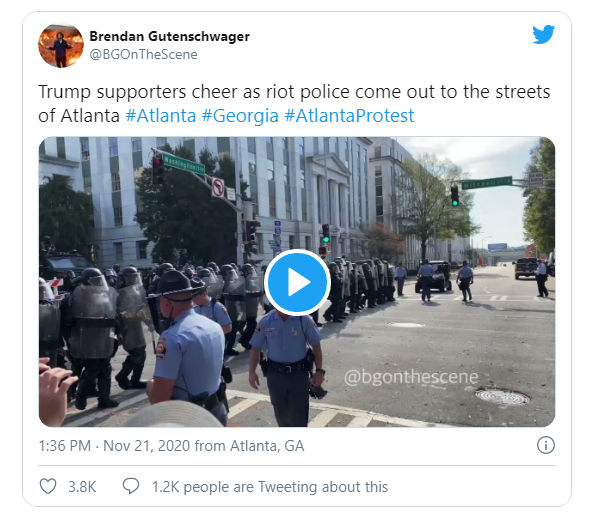 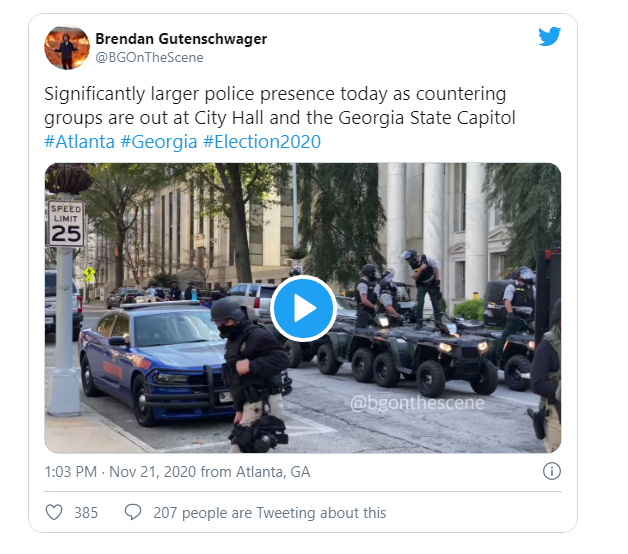 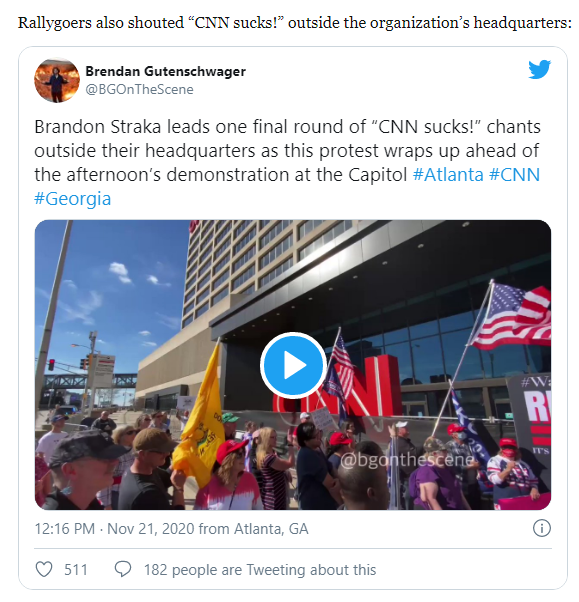 The rally follows Raffensperger’s decision to certify the state’s election results, which showed Biden leading the president by fewer than 12,700 votes. Trump’s campaign has publicly dismissed the recount efforts in the Peach State, particularly highlighting their concerns over signature matching.

“The recount being done in Georgia will tell us nothing because these fraudulent ballots will just be counted again because they wouldn’t provide the signatures to match the ballots. So, it means nothing,” Trump lawyer Rudy Giuliani said during a Thursday press conference.

“Almost ZERO ballots rejected in Georgia this election. In years past, close to 4%. Not possible. Must have signature check on envelopes now. Very easy to do. Dems fighting because they got caught. Far more votes than needed for flip. Republicans must get tough!” President Trump said in a Thursday tweet, tagging Gov. Brian Kemp (R):

cheeki kea favorited Chris of the family Masters's discussion Lockdown – the Dark Side vs. the Right Side of History
13 minutes ago

Chris of the family Masters posted discussions
25 minutes ago

"Peace officer on the left. Paramilitary NWO thug on the right"
1 hour ago

"Thats true Bob and this is what 'diversity N.W.O' aims for, unless gun plan back-fires at…"
1 hour ago

"The communist goal is to eliminate small business. Instead, their cronies big outlets will be the…"
1 hour ago

"Mothers ought to write to the school principals and ask: "Proof of claim that you own my…"
2 hours ago

"...and frankly I’m about to think that the entire FBI and the entire DOJ need to hosed out with…See More
4 hours ago
0 Comments 0 Favorites