We filed a case against Amherst police officers who arrested our cl...

Today we filed a lawsuit in federal court on behalf of University of Massachusetts-Amherst student Thomas Donovan. The case is against Town of Amherst police officers, who Mr. Donovan alleges assaulted and falsely arrested him for videotaping police activity at the 2014 “Blarney Blowout,” an annual informal student celebration of St. Patrick’s Day and the arrival of spring.

At the event, which took place March 8, 2014, Mr. Donovan saw multiple police officers using what appeared to excessive force making an arrest. Mr. Donovan used his smartphone to record the arrest. Although Mr. Donovan was standing 20-30 feet from this scene, behind a chain link fence, an Amherst police officer in full riot gear approached him and demanded that he stop recording. When Mr. Donovan refused, another officer pepper sprayed him in the face.

A few seconds later, Amherst police sergeant Jesus Arocho tackled Mr. Donovan, knocking the phone out of his hand. The phone continued to record from the ground and captured another Amherst police officer repeatedly stomping on the phone in a failed attempt to destroy it. Video of the incident is available here:

Click here to read Arocho’s arrest report. Arocho’s arrest report falsely states that Mr. Donovan approached the police officers making an arrest, that he refused orders to leave the area, and that he was pepper sprayed “as he began to close the distance between himself and the officers.” The video shows these statements are not true. All criminal charges were later dismissed.

As a result of the charges, UMass suspended Mr. Donovan for a semester. The university lifted the suspension after its investigation cleared Mr. Donovan of any wrongdoing. Mr. Donovan, now in his final year of undergraduate studies, said: “I have the utmost respect for police officers who conduct themselves with integrity, but officers who blatantly disregard the law and are willing to arrest innocent civilians to cover up their own misconduct must be held accountable.”

Donovan’s attorney, David Milton, said, “Recording the police is a basic First Amendment right. Police officers should be trained to assume they are being recorded whenever they’re on duty. This case shows the futility of police efforts to squash the public’s exercise of the right to record police.” Mr. Milton, along with Howard Friedman and the ACLU of Massachusetts, represented Simon Glik in the landmark 2011 lawsuit Glik v. Cunniffe, in which the federal appeals court in Boston affirmed that recording police officers is protected by the First Amendment. 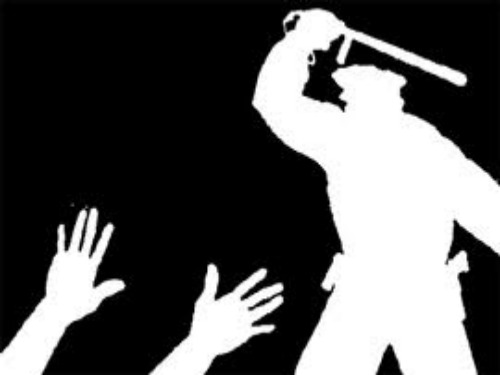 Last year, students from the University of Massachusetts were celebrating their annual pre-St. Patrick’s day holiday known as “Blarney Blowout.” As you might expect, when thousands of kids gather to get drunk before spring break and St. Patricks’s day, they can get pretty rowdy. What most people didn’t expect at the time, was that the police would respond with a cadre of riot cops to disperse the crowd.

A total of 73 people were arrested for disorderly conduct, violating liquor laws, and inciting a riot. However, there was one student among them who didn’t appear to be doing any of those things. His “crime” was merely filming the police arrest one of the revelers. For this, he was knocked down, pepper sprayed, and arrested, which led to his suspension from the university.

What’s most chilling, is the fact that one of police officers attempted to destroy the evidence of the encounter, by stomping on his cell phone. Fortunately, the cell phone was protected by a shock resistant case, and the video managed to survive.

After being held for several hours, the student was eventually released and relieved of all criminal charges, and after the video surfaced the student was exonerated by the school board, on the grounds that:

“Defendants knew that it was wrong to stop a civilian from filming police officers in public when the civilian did not interfere with police activity.

Defendants knew that it was wrong to use force against a civilian for filming police officers in public when the civilian did not interfere with police activity.

Defendants knew that it was wrong to arrest a civilian for filming police officers in public when the civilian did not interfere with police activity.

Defendants knew that it was wrong to try to destroy a civilian’s phone merely because it contained video of police officers performing their duties in public.” the complaint asserts.

He is now suing the Amherst police officers who illegally detained him, and the video will most likely be featured prominently in court. It just goes to show you, every encounter with the police should be filmed. It could be the only thing standing between you and serious jail time.

Contributed by Joshua Krause of The Daily Sheeple.

Joshua Krause is a reporter, writer and researcher at The Daily Sheeple. He was born and raised in the Bay Area and is a freelance writer and author. You can follow Joshua’s reports at Facebook or on his personal Twitter. Joshua’s website is Strange Danger .

Please share: Spread the word to sheeple far and wide
---