When a government becomes criminal 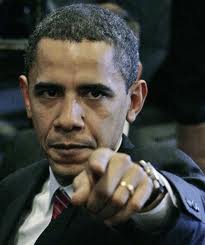 Many Americans look at the federal government as behaving like a criminal. The government seem to easily break laws, the foremost law of the United States being the US Constitution, which is often completely disregarded by the Executive Branch (and it’s many agencies) and the US Congress. For instance, can the President start a war with another nation? Not according to the supreme law of the United States, the same document the President swore to God and the World he would protect and defend. And every politician in Congress made the same solemn oath.

But “governments becoming criminal” is not just a recent development. It may seem that way as America currently bullies the world into submission, and conduct shakedowns of the American public without warrant or any just cause. We can look back to the era of the Second World War in Europe and see plenty of criminal activities from governments on all sides of that conflict. But it goes back much further than that --- it goes back to the very establishment of Western governments a millennium ago. (But it is not just a "Western" thing, it is universal). Perhaps even earlier. It is the nature of the beast. Governments, unless stopped, morph into criminal enterprises.

In March 1939, Albert J. Nock wrote an intriguing article, “The Criminal State” for American Mercury, the bold literary magazine published my H.L. Mencken that is as pertinent today as it was then. “The fact is”, states Nock, “that the State's criminality is nothing new and nothing to be wondered at…because the State is fundamentally an anti-social institution, fundamentally criminal.”

According to Nock, governments, “like all predatory or parasitic institutions, (has as) its first instinct that of self-preservation. All its enterprises are directed first towards preserving its own life, and second, towards increasing its own power and enlarging the scope of its own activity. For the sake of this it will, and regularly does, commit any crime which circumstances make expedient… It is ruining its own people in order to preserve itself, to enhance its own power … and extend its own authority.”

The weaker the State is, the less power it has to commit crime. Small weaker governments in nations like Denmark or Norway or Iceland and other similar “weaker” States with a small military and bureaucracies are less likely to be committing crimes against their own people or other nations. Yet when the peaceful Dutch State, for instance, was strong, its criminality was appalling; in Java it massacred 9000 people in one morning, which is considerably ahead of many of the criminal governments of today. The Nederlands would not do something similar to this today because it could not; the Dutch people do not give it that much power and would not stand for such conduct. What this all means is that if you do not want the government to act like a criminal, you must disarm it as you would a criminal. You must make it weak.

Back in this 1939 article, Nock wrote “The stronger the American State is allowed to grow, the higher its record of criminality will grow, according to its opportunities and temptations.” As we now have oppressive legislation in the US enforced by thugs in SWAT teams trampling on the former rights of American citizens and confiscating the meager earnings from the hard work that these citizens perform, Nock’s words of over 70 years ago have proven to be prophetic.

In the running up of potential political candidates for President earlier this year, only one candidate, Dr. Ron Paul, subscribed to this philosophy of keeping the government in check, without the power to act criminally to the American people and the world, to shrink the power of the government. But the US government is strong and controlling, and the elites that dictate to the government have control of most avenues of public persuasion. Dr. Paul was scoffed and ridiculed as a "fringe candidate" with zero chance of success. Those odds were given to him before he ever addressed the voting public on his positions. Mass media gave him little or no air time. National debates were televised and the monitors seldom would even ask Dr. Paul a question. There was a strong criminal conspiracy (crimes committed by several groups in unison) to not allow Dr. Paul much of a forum to reach the people with his message. From the old out-of-touch ABC/CBS/NBC oligopoly, to the “new” cable news media like MSNBC, Fox, CNN to the hot and wild “conservative” talk radio shows, none would allow Dr. Paul's message to be heard (with a very few notable exceptions). Polls were reported leaving Dr. Paul’s name completely off the reporting, even when he came in first or second place. In those few areas where he did have access to the public, like on the internet, Dr. Paul consistently scored substantially higher than all other candidates and even the criminal incumbent. This is a prime example where we as Americans failed to stop the criminal actions of our leaders. We failed in our duty as responsible citizens. We should have ---- and we had the power to do so ---- demand that we hear the voice of this candidate, and not allow others to decide for us. (And Yes, there were many that stood up, but not enough of us to make the necessary difference).

This tragic story of Dr. Paul’s candidacy is an example of the criminality of our government in action, controlling the actions of elitist corporations to help acquire more power. Dr. Paul was a hero in devoting such a big part of life to the effort of showing us how we have allowed the US government to evolve. But that’s just the beginning. Now we have to get off the couch and start demanding changes, and taking the power away from these criminals.

Stand and fight, or find a sanctuary, or maybe both.

Thank you Nathan.  That is GREAT link.

Our Enemy, The State

"When loading a video get the embed code from the source and paste it in the window that opens. In…"
58 minutes ago

Central Scrutinizer left a comment for Zen One
"Greetings & Salutations Zen One, Welcome to the Party of the Awakened & Aware "
1 hour ago

Central Scrutinizer left a comment for jon smith
"Greetings & Salutations jon smith, Welcome to the Party of the Awakened & Aware "
1 hour ago

Central Scrutinizer left a comment for Brad Baber
"Greetings & Salutations Brad!, Welcome to the Party of the Awakened & Aware "
1 hour ago

Central Scrutinizer left a comment for Amber lee
"Greetings & Salutations Amber lee, Welcome to the Party of the Awakened & Aware "
1 hour ago

Central Scrutinizer left a comment for Thorivee
"Greetings & Salutations Thorivee, Welcome to the Party of the Awakened & Aware "
1 hour ago

Central Scrutinizer left a comment for Charlie Rudewick
"Greetings & Salutations Charlie, Welcome to the Party of the Awakened & Aware "
1 hour ago

"They will learn Too Late that their love and support of the loony lefties, misfits and Queers,…"
2 hours ago