Where the Domino Effect Really Began 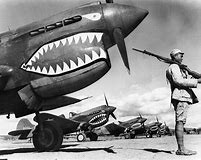 There are pivotal moments in history that rapidly converge into a sequence of events that can never be denied, and whose effect upon our world is devastating. One such transformational moment in history stands out among many yet has been overlooked and has been unfairly overshadowed by the disinformation of the left, Democrats, and historians hired by the Globalists to rewrite history in order to delegitimize the truth.

In the aftermath of World War II America succeeded in defeating the Axis Powers, but more importantly aided and abetted the reconstruction of Europe and Japan under the Marshall Plan. In doing so the goodwill of American influence defeated the propaganda of Joseph Stalin and the Soviet Union in trying to win over the hearts and minds of western Europe who could have easily made the mistake of embracing the wrong political ideology out of the desperation of a war torn situation and unwittingly made the future even more tragic than it already had become. The US would spend more than 50 billion in the post war rebuilding effort.

In China, thanks to the Allies of the US, the Flying Tigers, and the steady flow of supplies to feed the Chinese Army under Chiang Kai Chek the Japanese were finally overcome after the Atomic bombs that destroyed the cities of Nagasaki and Hiroshima. China was devastated by years of war. Starvation and poverty were rampant. The Nationalist Party under Chiang Kai Chek struggled to maintain law and order while also attempting to achieve reconstruction. With limited resources and millions of people to feed things were difficult enough, but then former War Lord Mao Zedong hungered for the control of China beneath his reign and a civil war broke out between the Communists and the Chiang Kai Chek’s government (Nationalists). 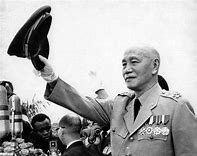 Ending a lifeline to China

The Nationalists were drained of resources due to their long war with Japan. Mao’s forces were relatively intact as he had not expended his region fighting to save China as Chiang had done. The turmoil and the greater price paid by the masses was immeasurable. Then there was the final straw that broke the Camel’s back. The point in history that many can trace back from a succession of human tragedies and Asian nations lost to the malignancy we know as Communism! That regrettable moment in time came when General Marshall decided to end American aid to the Nationalist Party. He even bragged about this toxic moment in world history when he announced that merely a signature from his hand he would end all supplies and aid to the hapless Chiang Kai Chek political party, the Nationalists. The end was now inevitable for a chance of Democracy in China!

How the Dominoes fell

However General Marshall’s mistake would become a “Day that lives in Infamy” as Communist China would end up attaining a nuclear arsenal, would invade Korea, would finance the war effort against the US during the Vietnam War, which would in turn lead to the Communist Regime of the Khmer Rouge conquering Cambodia! This led to the millions who would be executed in the infamous killing fields of Cambodia after the fall of that Indo China nation. Had China remained in the hands of the Nationalist Party things most likely would have been much different, but the disinformation of the left strongly influenced by Communist propaganda made sure to subvert the truth and ensure that future disaster would fall upon Asia as Comedy TV shows like Monty Python lambasted the “Domino Theory” while other publications followed suit from National Lampoon to Rolling Stone! Not to mention the New York Times who heavily editorialized against the idea that if Vietnam fell to the Communists that other nations in the immediate region would fall as well. Laos was already nothing more than a Communist sanctuary, Cambodia would fall soon after with the blood of millions as the price that would be inevitably paid. 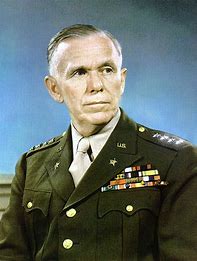 These toxic events all have their birth in the effective ability of Communism to influence US media, educational systems, and Hollywood who played a huge role in demonizing Senator Joseph McCarty who had identified the Community Fifth Column inside of the US government and social organizations. Rather than weigh the evidence of the malignant influence in world and national affairs the movement against Communism was somehow converted into a laughable form, of paranoia by right wing hawks who were war mongers and couldn’t stand to have peace! General Marshall’s decision to discontinue aid to Chiang Kai Chek had far reaching tentacles of disastrous proportions and even today we can feel the effects. 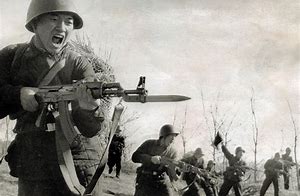 Taiwan, the only Democracy left in Asia has more than 800 missiles pointed at all major targets on the island of Formosa. Thanks to Democrat President Jimmy Carter ordering the withdrawal of the US Naval base there we have even less leverage against the mainland Chinese even though the US still has an allied pact with Taiwan to come to its defense if ever the Communists attack! In 2009 the NEA (National Educational Agency) actually celebrated the birthday of Mao Zedong, responsible for the deaths of more than 60 million Chinese civilians in the aftermath of his revolution! 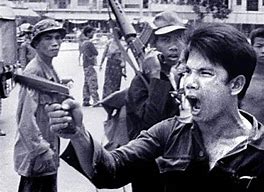 What course of action would have come into play had America continued to aid and abet the Chiang Kai Chek cause in China? All roads lead back to Marshall’s foolhardy withdrawal of support for a nation we had been giving military resources to prior to the attack on Pearl Harbor! Why would the US allow all efforts it had made to keep China independent from aggression to be sunk by refusing to resupply much needed aid to the Nationalist Party? Unfortunately, this is one regrettable mistake of major implications that defeated and wasted every human life and US dollar that had kept China afloat under Chiang Kai Chek from falling to potential enemies of America and the rest of Asia! One could say that this one act of betrayal was a poison dart in the diplomatic annals of world history! Even worse, we allowed our enemies to use our new networks, our Hollywood entertainment industry, and a deprived public opinion to lead the world down the road of Communist conquest as America struggles against modern day China who many believe has the ultimate ambition of world domination on the horizon! Raz - And Julius and Ethel Rosenberg, the traitors who gave atomic secrets to the USSR. Stalin had three Jewish wives in turn, and many Russians who had high political office had Jewish wives as an "insurance policy" against being purged.

Unfortunately you’re dealing in the past a old news to them.

Raz, no doubt about it! American business willing to give up trade patents and copyrights just to do business with the Chinese will devastate us!

It's Time to Revisit "The Truman Show"

Guardian of Scotland commented on Aaron's blog post U.S. SENATOR KAMALA HARRIS MUST BE ARRESTED AND DEPORTED IMMEDIATELY FOR IMMIGRATION FRAUD
"It does not appear that she has committed immigration fraud. She just never applied for naturalized…"
3 hours ago

"Not all is lost. By wearing those stupid face nappies cops shorten their lives. You always pay for…"
4 hours ago

"Bet your bottom dollar on it!"
4 hours ago

Central Scrutinizer replied to Guardian of Scotland's discussion Ammo is about gone. If you do not have what you need now you may not find it.
"somebody needs to tell http://ammo.com cuz they're loaded for bear.....& deer....and…"
8 hours ago