Why Democrats Refuse To Get It 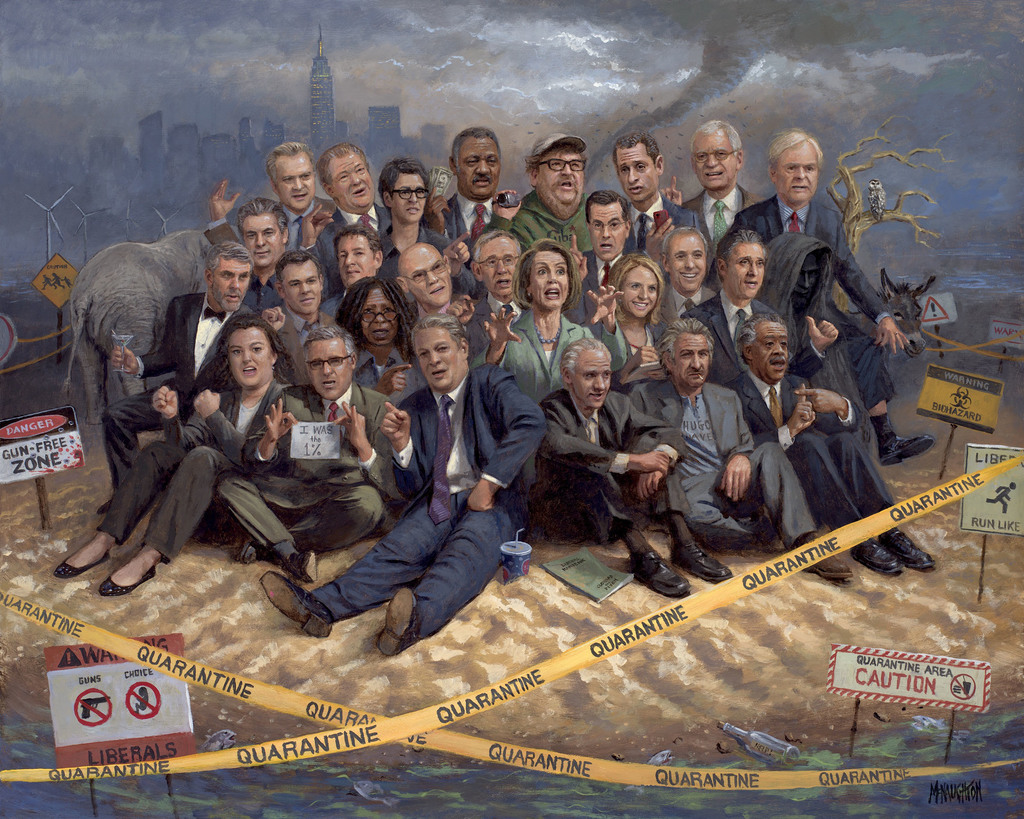 It's crisis time for the Democrats as they scramble for explanations to their recent demise in the presidential race. After losing more than 1600 seats through out the US, the Senate, and House of Representatives since 2010 would you think they would finally do some soul searching? Could they possibly re-evaluate their political position? Did it ever occur to them that perhaps their duty was supposed to have been targeted at the best interests of the people rather than simply remaining in power using Soviet style propaganda and worn out rhetoric designed for the low information voter? Apparently not.

When the tables are turned

In 2009 it seemed that under the Barack Obama White House that the GOP was poised to be ousted as any viable opposing political party in the wake of the Republican refusal to stop the radical agenda and to allow themselves to be swept aside by the Democrats. President Obama was intent upon rendering the GOP into impotent office holders simply going through the motions as an opposition party that had been gutted by the Democrat's will to win at any cost using whatever false narratives it took to convince uninformed voters. What happened?

Beginning of the end

In 2010 the Democrats lost more than 600 seats state and nationwide. A referendum largely headed by the Tea Party who spoke out and did what the GOP refused to do on Capitol Hill, and that was to reject the sheer ineptitude of the Democratic machinery, it wasn't just the mistakes, it was the intentionally ambivalent and radical agenda of the Blue State Party that had infuriated the voters who sent a clear message to them. Was it heeded? No.

So, was it the evil White Supremacists headed by Donald Trump to blame? Could it have been the infamous Russian hackers who had converted millions of votes from Hillary, the "Queen of Benghazi", to the coffers of President Elect Trump? Was it just that the Clinton campaign had refused to camp in the "Battleground States" enough in the final days before the election? Had the Electors, obligated to cast the votes of their constituents on December 19th, just not taking the bribe money offered by Michael Moore who had urged them not to carry out their lawfully required duty to uphold the Electoral College?

By 2016 more losses amounting to an accumulated casualty rate of more than 1600 seats from across America by the Democrats which threaten to transform them into an impotent political party delivering the message to the DNC? Apparently not with Nancy Pelosi being re-elected into her old post as the one figure head aside from Harry Reid who had steadfastly guided the Democrats into record defeats in 8 years of the Obama White House. Could it be that President Obama, so tone deaf due to his ideological obsessions while ensuring his meaningless legacy, responsible for the contamination of the Democrat brand? Were the Democrats simply too ambivalent to the needs of the people and too intent upon remaining in power as the damning flaw that caused the collapse? It would seem so!

Einstein's definition of insanity was to do the same thing over and over again expecting a different result and this is precisely what the Democratic Party has done. The blame, whether fictitious or not was  placed upon everyone else but themselves. Just as Barack Obama borrowed a quote from President Harry Truman claiming, "the buck stops here." Turned out to be a joke as the president absolutely refused taking any responsibility for his failures blaming the GOP or Fox News at every juncture. Just as impotent as his "Red Lines" were against our enemies in Syria, so has the Democratic machine been in re-evaluating itself as their failures mounted!

Just as the Obama White House refused to be fiscally accountable as the president exceeded Congressional debt ceilings then denounced the Republicans for shutting down the government for a few days to make a point about the deliberate "Cloward Piven" tactics being implemented by the administration threatening the collapse of the US dollar with the federal government's out of control spending, still the deaf, dumb, and blind Democrats continued their hell bound train to defeat. Like a spider monkey confronted by its own image in the mirror and never being able to comprehend that there is a reflection rather than an opponent in the glass, the Democrats under Obama, Pelosi, Schumer, and Reid clearly thrust the neck of their party beneath the blade of the Guillotine out of sheer ill advised stupidity and paid the price.

If it wasn't a corrupt candidate who admittedly did not campaign well or seem very likable to her supporters, if it wasn't the unrelenting barrage of socialist policy that is inconsistent with the American free enterprise markets, if it wasn't the lawlessness within the administration that defied enforcement. It was obvious that the blame tactics of the White House did not work even with 99% of the TV news networks willing to run interference for Hillary and the Obama White House. Some things just weren't meant to be, and the incessant radical debauchery underway for the last 8 years was finally enough! For the sake of the country it is clear that the Democrats should maintain their current trajectory of defeatist strategy as it will serve a noble purpose and that will be to annihilate a political party that has operated like a merciless sabotage operation on Capitol Hill for decades.

"It’s the plan. They know that a white society cannot support and maintain a civilized society…"
20 minutes ago

Doc Vega commented on Doc Vega's blog post The True Legacy of Martin Luther King
"James you are very correct! Many of our heroes are very predatory beasts when it comes to the…"
48 minutes ago

"Thank you, Steve. Indeed. One cannot serve two masters. Not one word out of Trump about the…"
57 minutes ago

"Usually when I post one of Dore's videos, someone will come along and post six, to move it way…"
1 hour ago

"Hey Storm, This is America In our country NOTHING is off limits when it comes to the WHITE MALE…"
1 hour ago

"Hey James, I keep trying to tell the indoctrinated Kool-Aid drinkers that trumpy bear is just a…"
1 hour ago

steve commented on stormtruther's blog post Jennifer Aniston: Braless star leaves little to the imagination in cream satin gown at the SAG awards...no, its a real headline!
"lorana, you sic sic wahman,ABORTION IS FKN MURDER or as shrews like you call it wahman's…"
1 hour ago

James Roberts commented on stormtruther's blog post Jennifer Aniston: Braless star leaves little to the imagination in cream satin gown at the SAG awards...no, its a real headline!
"Lori, please calm down. Thanks. Men objectify women, and if they stopped, women would be very…"
1 hour ago

Lori commented on stormtruther's blog post Jennifer Aniston: Braless star leaves little to the imagination in cream satin gown at the SAG awards...no, its a real headline!
"Hey Brilliance, Why don't you go dig a fetus out of a garbage can and keep your intelligence…"
2 hours ago

"Ahem, the autistic students do very well with info like this, without the gumball visual aid. The…"
3 hours ago