Why Hasn’t Barack Obama been Indicted Yet? 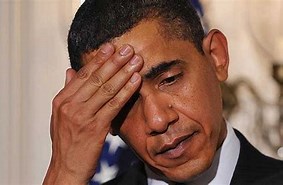 With the recent disclosures over Spygate (illegal FISA Court violations) that point directly to the authorizations given by former President Obama to the Deep State operatives who attempted a coup on candidate Donald Trump, one might ask why has there been little mention of Barack?  The sold out US mainstream media seems to have shielded Barack Obama from interviews or in covering his role in a number of illegal actions taken by his administration to unconstitutionally use surveillance on the Trump election team, even using flimsy, unverified and salacious evidence (Steel Dossier) as proof to get the FISA Court judges to permit such wire-tapping and investigation.

James Clapper, Director of National Intelligence, admitted on CNN live on TV that former President Obama had authorized the illegal surveillance on candidate Donald Trump and his staff! In FBI texts recovered when the agency claimed they were lost through some glitch, Special Agent Peter Strzrok in speaking to Lisa Page, an FBI attorney that President Obama wanted to remain advised of the surveillance developments! How much more convicting evidence would a prosecutor need? Yet, there is most likely more that US Attorney General, William Barr, is uncovering as the Trump DOJ moves forward on their in depth probe taking Bob to our US allies to find out just how much foreign interference of the 2016 elections the Obama White House was seeking to unleash.

When James Comey lied to elected President Donald Trump telling him he was not under FBI investigation while even describing the “Steel Dossier” as salacious and unverified, little did the President know that Rod Rosenstein had volunteers to wear a wire in order to entrap the newly elected candidate, there is little doubt that Obama’s Deep State was still operating at full bore despite the change in the Oval Office occupant. As we have seen over the last 3 years a general meltdown of the Democrat’s allegations has taken place as under the efforts of Adman Schiff the left attempts to interdict the damage done by exposing their lies in the months that preceded the 2020 Presidential election results.

The Democrats have desperately used their unconstitutional impeachment inquiry to delegitimize President Trump without taking votes in the House of Representatives, knowing that not even the Democrats will be able to get a majority vote, and even if they do, it will not pass the Senate! This leaves the Democrats to flounder based upon the third party hearsay of so-called whistle blowers who the Democrats refuse to allow testimony from under the aegis of threats to their personal safety! In a normal court of law “hearsay” is inadmissible, much less third person “hearsay” which is ludicrous! Now the Democrats have resorted to closed door sessions to attempt to extend their charade of an impeachment query!

Murder means nothing to them

When one looks at threats by an particular party we should ask the late Seth Rich, who had leaked DNC documents before the 2016 election and was shot to death in the middle of the street without any theft of his wallet or any other conceivable motive other than political on the part of the Democrats! You might ask yourself why that incident was not more thoroughly investigated because if this had happened to a Republican Party whistle blower the Democrats would have called for an all-out probe using every resource available! Which brings us back to former President Barack Hussein Obama who seems to have skirted attention from the media and kept a very low profile in recent months as the Democrats have been further and further exposed. 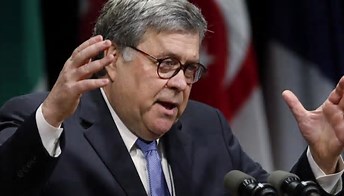 Arrests on the horizon

Rumors are already circulating that AG Bill Barr’s team is currently accumulating a stack of criminal referrals and indictments which concern the violation of the FISA Courts along with the judges who allowed such unproven evidence (Steel Dossier) to stand as justification for surveillance of the Trump election headquarters. Chances are that a wealth of evidence has been carefully poured over and the criminal aspects scrutinized. One must remember that one of President Trump’s biggest obstacles was fighting the Obama holdovers in the Justice Department who had not yet been replaced as well as the activist Federal District Judges appointed under Barack Hussein Obama that intentionally defied the new President’s efforts!

Watch as the deck collapses

For 3 years the Democrats have ditched all efforts to represent their constituents and conduct business as usual simply to impeach President Trump along with a compliant press corps who have done everything possible to legitimize the Democrat propaganda machine! One might ask just why so many Americans mistrust the US media and the Democrat leadership under Speaker of the House, Nancy Pelosi, as well as “The Squad” with their immature and un-American attacks upon the Trump White House and any sense of normalcy we here in America embrace. The entire house of cards is not only unraveling for the Democrats but is on the verge of collapse as now 100 members of the Republican Party are now voting to censure, Adam Schiff, and his repeated lies. Many political historians are commenting that the last 3 years mark the biggest corruption scandal in US history making Watergate appear like petty theft of a candy bar at a convenience store in comparison to the depth and number of conspirators involved in the Obama White House! 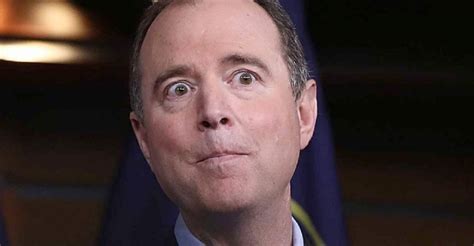 2020 Democrat presidential candidate Joe Biden wanders away from the podium without taking any questions after a campaign speech in Hermantown, Minnesota on ...
1 hour ago
0 Comments 0 Favorites

"To make it work the coke should be diet coke..."
8 hours ago