Why Income Taxes Are the Biggest Fraud Ever Perpetrated Part II 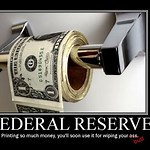 Under the King George government the 13 Colonies struggled after their own currency was rejected by the British rule in favor of the European Central bank  Royal currency. The Colonials found that their once stable currency was not subject to inflationary cycles that devalued the worth of their new dollar. Now out of their control and in the hands of the private families such as the Rothchilds economic changes could be imposed that were not the decisions of the 13 Colony government! This was just one more straw that broke the Camel's back in a number of grievances that the British royalty refused to remedy or even address. As a result, war was imminent!
Breaking the bonds of fiscal slavery
Once the War of Independence was fought and the 13 Colonies regained their own sovereignty still the Eurpean Central bank had to be dealt with. It was not until the Presidency of Andrew Jackson that finally the foreign bank was thrown out and abolished! Now America could finally establish its own banking system and manage a currency based upon being backed by true assets such as gold and silver! Jackson, the hero of the Battle of New Orleaans against the British in 1812 would survive several attempts at his assassination by operatives of the European Central Bank and for the next 75 years the US expanded its territory, set up international trade agreements, and enjoyed a thriving economy! 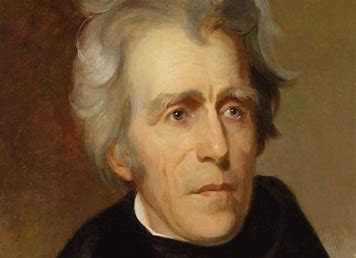 Betrayed
However in 1913, President Woodrow Wilson, a progressive and known antisemite cut a deal allowing the resurrection once again of the European Central bank under the Federal Reserve along with its terrorist collection arm the IRS. Promising more banking stability and an insurance of economic growth the American people were rewarded 16 years later with the Stock market Crash of 1929 followed by the Great Depression in 1932. A worldwide depression quickly followed as all international markets were impacted! As Norman Dodd, a young banking executive was informed by his Morgan Bank Manager, sound banking principles would never be practiced again in the US. This, Dodd would find out, after he had been directed to investigate the causes of the Great Depression and report back to his Morgan Bank board of directors. One year later they sat as he gave his presentation without any intention of acting on Norman's findings.

Fate of whistleblowers
Dodd was offered a highly paid cream puff job in order to obviously shut him up, but after a year of keeping his feet on the desk he couldn't handle knowing what he knew and remain silent about it. Collecting a nice living, keeping his mouth shut, and not rocking the boat was not his style and when confronting his superiors he was fired . Norman Dodd found out quickly that there was no longer a job availeble for him in the entire industry! Dodd had been blackballed. He was forced to seek another career as an investment advisor. Dodd would later fullfil a crucial role in exposing Communist influence in America's educational trust foundations in years to come. 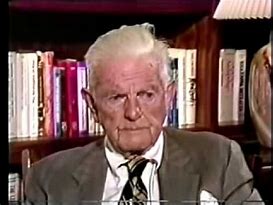 ron proul An insurance spokesman once said that if any insurance came up with a retirement plan like Social Security they would be sued and run out of town! The amount of corruption and ID theft that the system invites demonstrates you should never rely on the government to manage funds especially when the SS individual trusts were allowed to be deposited into the General Fund thanks to the Democrats. Doing this ensured that someday the system will go bankrupt!

It was also the Fed that came up with the idea of Social Security, promising that if you belonged you'd get your withheld money back along with employer shares. Well as it turned out you only get the employer share that congress then decided to tax, cuz it wasn't yours, and your 50% with holding used to operate the fund, as it turns out that tax windfall netted the government up to 70% of the contribution. When challenged on this they say the monies are in U.S. Bonds, yeah right try to get it when the fund goes broke. The second biggest fraud foisted on the taxpayer

"However, it's always a number game. More people are active, the harder is to deal with them…"
31 minutes ago

Chris of the family Masters commented on Chuck Smith's blog post WASHINGTON THEATER PRESENTS- "TRUMP V THE DEEP STATE!" a never ending distraction. By Smithfix
"Nobody gonna save us, but ourselves. It's much to learn but rewards are immediate and feeling…"
2 hours ago

"TTPN: Jewish Activist Reveals How Jews Use Worldwide Network Of ‘Sayanim’ To Silence…"
8 hours ago