Artificial scarcity and the anatomy of the 2009 H1N1 pandemic

I made this video to help break down the psychological warfare that is being waged through the media, and how it ties in with recommendations on how the media, government and academia should handle the issue of people refusing the vaccine.

Comment by Maas on November 25, 2011 at 10:33pm
I removed my old youtube account but this video is still on youtube under dozens of re-uploads from other accounts. It can also be found on Liveleak under user "pimf"
I just haven't gotten around to changing the file here.

Comment by Christopher on November 3, 2009 at 8:19pm
Dying for protection against death.

Some, thing, of questionable circumstances, has recently happened, causing the family to become extremely concerned, and even fearfully worried…one of them, may perhaps, soon die.

The family seems to be consumed with a novel preoccupation, one that’s associated with constant underlying stress. It may be brought on by persistent debates, perhaps with other family members, or friends, also living in Toronto. It all has to do with making a very controversial and, seemingly vital decision, to safeguard their individual, and family’s health.

Life in Toronto for many, and suffice it to say, other parts of Canada as well, is no longer the same. People are now caught up with uncertainty, and even fear…literally, a life or death situation, for some.

This present ‘running scared” state of mind, may quite easily be deduced. It can obviously be observed, in the vast number of stories and presentations lending to the urgency…a state of emergency.
It saturates the mainstream media, and the government agencies as well.

It’s a new, and persistent concern for hundreds of thousands of people, living in the city of Toronto. It all has to do with the possibility, and perhaps the probability, of contracting the “SWINE FLU,” other wise known as the A[H1N1] VIRUS…they can die from this!

This new state of mind is merging on a level that’s near pandemonium…the sooner my family and me can be vaccinated, the safer we’ll be…from dying.

Thousands join and stand in line for hours, in inclement weather conditions, all in an effort to be vaccinated, with yet another, even more controversial DRUG, alien to the body system…excipients, and or the ingredients contained within these vaccines, H1N1 and many others, are some of the same, used for industrial manufacturing:

FORMALDEHYDE (Methyl alcohol; Water); found to cause cancer by the State of California, which has a population greater than all of Canada. Formaldehyde is used as a preservative in vaccines. It’s also used as the common building block for the synthesis of some rather complex industrial compounds.

THIMEROSAL / THIOMERSAL – (Approximately 49% Mercury by weight); the State of California has also deemed Thimerosal to be a cause of cancer. It was once used as an antiseptic in contact lens solutions. And, it is still widely used in many vaccines today, including the H1N1 vaccines, marketed in North America.

The pro vaccine activists; are often now comparing, the levels of Mercury in vaccines, with that, that may be present in a “can of tuna fish.”
Would these people, doctors, or vaccine manufacturers, inject liquefied tuna?

Please watch this demonstration by Dr. Fritz Lorscheider and Dr. Naweed Syed, of the University of Calgary, Canada; on how Mercury destroys the brain. http://www.youtube.com/watch?v=BtFsy0rQsak

Since 1988: Greater than 5000 claims relating to autism, and it’s connection to Mercury, were submitted to “The Office of Special Masters,” established within the U.S. Court of Federal Claims; set up as the “VACCINE COURT.”

Please watch this video; it’s a humorous extrapolation of “the system” and, perhaps more indicative of how it really works…
TOXIC mercury makes you smarter!
http://www.youtube.com/watch?v=hn5jiAK1BWg

POLYSORBATE 80 (aka) TWEEN 80; is suspected of causing, among other innumerable side effects; damage to the vagina and womb lining, significant hormonal changes, severe ovary deformities, accelerated maturation, and, ultimately, infertility. http://ww 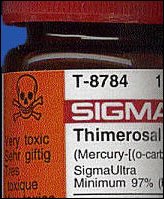 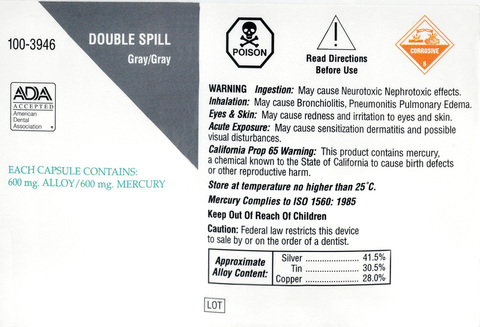 From Mr Anderson at Atomic News Review....
So when they says there is the same amount of mercury in a tuna canne then the vaccine , yes , they are right , but it’s not the same mercury and it’s in relation to your body weight that you can calculate this -safety guideline for methylmercury range from 0.1 µg/kg body weight/day (EPA) to 0.47 µg/kg body weight/day .

Vaccination gives you 5 µg in one day, of a differente mercury with no safety guideline ,since no studies have been done on ethylmercury !!

You do the math yourself , take a look at this ;

So ,for me this tuna mercury content thing is another half truth with a twist, piece of propaganda ,from the mainstream media and corporate interest !!!!

This got to be the best one so far !!

By the way, there is a big difference with the thimerosal’s mercury then the mercury coming from fish
like tuna ;

The various mercury guidelines are based on epidemiological and laboratory studies of methyl mercury, whereas thimerosal is a derivative of ethyl mercury. Because they are different chemical entities – ethyl- versus methylmercury – different toxicological profiles are to be expected.

Mercury is an element that is dispersed widely around the earth. Most of the mercury in the water, soil, plants and animals is found as inorganic mercury salts. Mercury accumulates in the aquatic food chain, primarily in the form of the methylmercury, an organomercurial. Organic forms of mercury are more easily absorbed when ingested and are less readily eliminated from the body than are inorganic forms of mercury.

Make no mistake Ethylmercury is a neurotoxin and so is thimerosal !!!

Comment by Maas on November 3, 2009 at 11:51am
All right, thanks for posting my video luggnutz! Also, there's pretty good thread going on over at Above Top Secret. I'm not a member there but I found that one of their forum members had posted it there. If you guys want to check it out here it is

Positive comments overall, but I'm being accused of being a fear monger, which I reject, and some people are saying that I'm being manipulative with the sound effects and cheesy production-I'll accept that lol

"wAIT....wha???.... how refreshing... and here I thought all human logic circuits, rational thinking…"
5 hours ago

"I got Slapped Upside the Head for sharing your post!"
10 hours ago

Guardian of Scotland commented on Aaron's blog post Unmasking The Mask Hoax – Bow Down Anyhow… Submit To All Unlawful Authority Or Else!
"I do not trust anything the CDC has to say about anything. I would like to see exactly where on the…"
13 hours ago

Phyllis Maka commented on Phyllis Maka's blog post If Trump wins and the Democrats steal the Senate in 2020? the House will impeach and the Senate will convict
"We are here now being awakened to do the job of clearing out this 'muckety muck of all…"
13 hours ago

Chris of the family Masters favorited Phyllis Maka's blog post If Trump wins and the Democrats steal the Senate in 2020? the House will impeach and the Senate will convict
16 hours ago

cheeki kea commented on Phyllis Maka's blog post If Trump wins and the Democrats steal the Senate in 2020? the House will impeach and the Senate will convict
"All this will come to light sooner or later, and that's when we will see the parents blamed, -…"
18 hours ago

cheeki kea favorited Phyllis Maka's blog post If Trump wins and the Democrats steal the Senate in 2020? the House will impeach and the Senate will convict
21 hours ago