Israel burn to death about 10 Palestinians in 5 hours.
A number of injured civilians, including a badly burned young child and a woman pregnant with twins. Ten people including three children were killed, the health ministry said, and about 40 were wounded. Army tanks shelled border areas of Gaza in south and the Israeli navy shelled a Hamas security position from the sea. Netanyahu says Israel prepared to expand Gaza operation.

What I have learned is so crazy it makes since. Here is a small idea what. Has been proven that palistinians are Jews but were forced into islam a long time ago. Netanyahu is a nazi. The list is longer. I will stop here,comment all you want, I don't give a shit. Search it out for yourself.

Well Jim, you really didn't have to look that hard. Of course once all residents of Palestine were jews once but then came Christianity and it was followed by Islam. Now how many were "forced" into islam  is certainly debatable. If you had looked a little harder, you would have found out that even zionist jews admit the Palestinians are Semitic while these yiddish-speaking Ashkenazi jews admit they are anything but Semitic and they themselves trace their origins to the Levant in South Western Asia.

By the way, do you realize  you just admitted not only the existence of Palestine but also Palestinians as the inhabitants of it since "jewish" times?

Where I do disagree is your callin Nethanyahu a Nazi. This is an insult to the Nazis..... ;-) 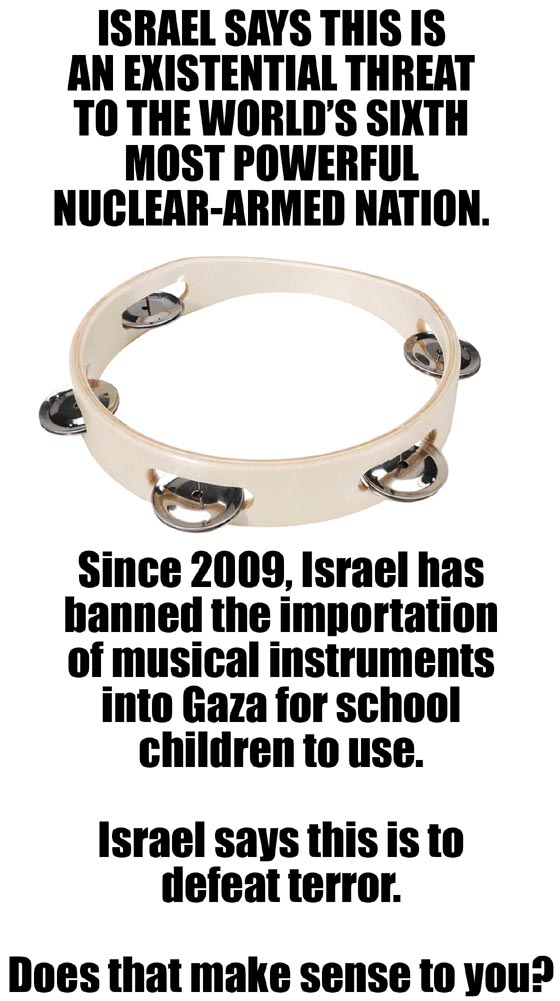 And the next time you are in the reading mood, do look up the Talmud and see if you agree with it's notions about Jesus. Here is a starting point. ;-)

I have recently found out some things that many will argue,but the truth isn't always what you read or hear. When you have documentation to what said,then it is hard to argue. What I have learned is so crazy it makes since. Here is a small idea what. Has been proven that palistinians are Jews but were forced into islam a long time ago. Netanyahu is a nazi. The list is longer. I will stop here,comment all you want, I don't give a shit. Search it out for yourself.

Do people read? If not, please try and read, not one but, many different media resources because chances are one may just get a better idea of the ground reality...just spend 10 minutes...

Maybe you should qualify it and add "those ten minutes DO NOT include MSM" ;-)

Here is a little help for those them:

Do people read? If not, please try and read, not one but, many different media resources because chances are one may just get a better idea of the ground reality. Moreover, if you have not read or heard about Israel, just for the hell of it, launching rockets that go anyplace it does not mean such incidents have not happened. It simply means you are unaware of it perhaps because of your favoritism the holds Israel high on a pedestal. One of my first responses, on this post, included not one but, 2-3 news articles and video links that detail the exact timeline of the ongoing assault on Palestinians. If you just spend 10 minutes reading or watching any of those, hopefully you will realize how wrong in your perception you have been and are.

Can't remember hearing about Isreal,just for the hell of it, launching rockets that go anyplace

I can remember back in the 50's exactly that,still going on today. Why,Palistinians and HAMAS. Always they are the first with the bombs and rockets. Can't remember hearing about Isreal,just for the hell of it, launching rockets that go anyplace. Nota,you got it right.

Facrt: Israel is the ONLY country in that entire region that has a true representative democracy and has many times acquiesed to treaty terms with Palestinians only to have missiles launched at them again.

Facrt: The MSM swallows all the BS that has been spoon fed to them and then passes on said "news" as factual when in reality it could not be any further from the facts.

True but I think you intentionally err on which side is spoon feeding the MSM.... ;-)

Facrt: Hamas has been hammering Israel with over two hundred missiles in the past couple of months.

LOL!!! Seriously? Have you seen those missles and the damage they do? Vs. Israeli missilies??? 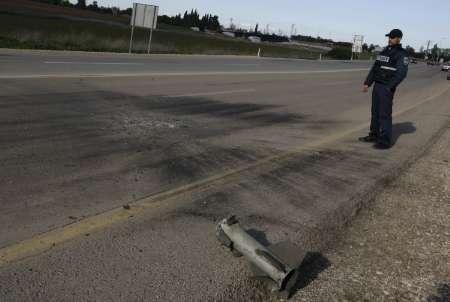 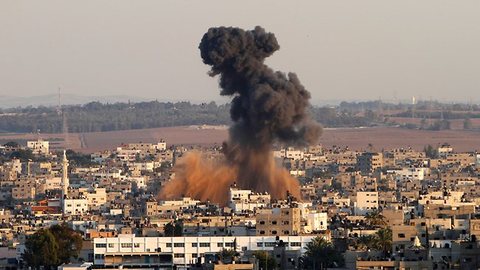 BTW: You conveniently failed to mention the number of rockets, missiles, shells, bullets Israel has rained down on Gaza in just these past four days.... ;-)

Facrt. Israeli countermeasures have been made with every effort to avoid civilian casualties.

Interesting that the second point DESTROYS the first with the admission that Israel is targeting "schools, hospitals, and mosques" to get to Hamas. Of course this too is a lie as it needs FAKERYto try and sell it...BTW: even if one looks just at the current op's first four days, the best figures in favor of Israel come out as:

The number of Palestinians killed by Israeli Occupation Forces in the course of the offensive on the Gaza Strip that has been ongoing for the fourth consecutive day has increased to 37, including 17 civilians. The civilian deaths include 6 children and 2 women. Additionally, 394 Palestinians, including 381 civilians, have been wounded – this number includes 107 children and 64 women.

(Which 20 "non-civilians" they got is certainly a mystery but let's accept it. But to get those they admittedly killed 17 civilians. But what puts that "20 non-civilians" into SERIOUS doubt is when you see the ratio of those injured: 13 non-civilians vs. 381 civilians. SOME effort "to avoid civilian casualties". Seems they are targeting civilians and the rest are the collateral damage)

The question is and has been my entire life ~"who are they?"

"It's issue #9 that creeps out my radical leftie Govt. of Their cold hard truth from the past,…"
45 minutes ago

Phyllis Maka commented on Phyllis Maka's blog post BLOODY ISRAELIS WILL HAVE THEIR STICKY BEAK IN THIS FOR SURE!
"More junk litter!"
1 hour ago

cheeki kea commented on Phyllis Maka's blog post BLOODY ISRAELIS WILL HAVE THEIR STICKY BEAK IN THIS FOR SURE!
"ha ha, and that must be why they turn out be be a disaster, plenty of well wishes, thoughts and…"
2 hours ago

"The camps are emptied hotels now. Rooms are isolation units of compulsory confinement and all…"
4 hours ago

"I have something for you to read…"
5 hours ago

"We are going to have some issues with your #5.  I can call into question most of your claims…"
6 hours ago

"History is full of irony and misdirection!"
7 hours ago