The best explaination of the Big Bang Theory

"Maria" is a product of "G-String" theory. LOL.

Who is Maria lol 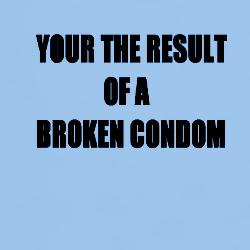 Subquantum kinetics defines space as flat and NON-expanding, Euclidean. Therefore, there it has NO big crunch, just as it has NO Big Bang.

Also...CORRECTION: Above I posted the term "G-Theory." Subquantum kinetics uses a version 'G,' or Model G, that Laviolette postulates. If you search the term "G-theory," it brings up a "G Theory" that is totally unrelated.

well what about the big crunch?

First off, the Big Bang theory does NOT say there was a big bang. In this regard, all the Big Bang theory says is that the Universe was once smaller than its own Compton wave. At this size and density, modern ("mainstream") physics is UNable to describe it, so we simply do NOT know.

L. Ron Hubbard did NOT name the Big Bang. He had NOTHING to do with it. (However, he did name Dianetics after his wife, Diane.)

Something can NOT come from nothing. Nothing does NOT begat nor control something, so something coming from nothing is impossible. (By similar reasoning, God is an impossibility too, but I won't go into that here.)

I was a Big Banger for decades, however, by examining some other explanations for the available data, I am NOT a Banger any more. Briefly, I am now an advocate of sub-quantum kinetics...the brainchild of Dr. Paul Laviolette, G-theory.

Subquantum Kinetics (kinetics and NOT "mechanics") provides a more accurate portrayal of the Universe than quantum mechanics, etc., and the Big Bang theory does. This says there is a self interacting aether that was always in existence, eternal. A statistically anomalous wave fluctuation in this grew into the universe.

According to Paul Laviolette, in his book "Genesis of the Cosmos," the ancient creation myths of the world, as well as the zodiac and Tarot cards, have subquantum kinetics encoded into them. This because there was an ancient very highly advanced technical civilization on Earth and they encoded their knowledge of physics into these to preserve them when a catyclism occurred.

PS: You look and sound a little like Barry Kripke. LOL.

"The Senate is out taking a two week vacation while American's suffer. The Elite Bankers, and…"
2 hours ago

"I got Slapped Upside the Head for sharing your post!"
15 hours ago

Guardian of Scotland commented on Aaron's blog post Unmasking The Mask Hoax – Bow Down Anyhow… Submit To All Unlawful Authority Or Else!
"I do not trust anything the CDC has to say about anything. I would like to see exactly where on the…"
18 hours ago

Phyllis Maka commented on Phyllis Maka's blog post If Trump wins and the Democrats steal the Senate in 2020? the House will impeach and the Senate will convict
"We are here now being awakened to do the job of clearing out this 'muckety muck of all…"
19 hours ago

Chris of the family Masters favorited Phyllis Maka's blog post If Trump wins and the Democrats steal the Senate in 2020? the House will impeach and the Senate will convict
22 hours ago

cheeki kea commented on Phyllis Maka's blog post If Trump wins and the Democrats steal the Senate in 2020? the House will impeach and the Senate will convict
"All this will come to light sooner or later, and that's when we will see the parents blamed, -…"
23 hours ago