A public school system in New York has introduced a new curriculum to teach that 'all white people play a part in perpetuating systemic racism', and show kindergarten classes videos of black children shot and killed by police, instructing them about the dangers of police brutality.

Morrell's lesson plans, obtained by City Journal, teach pupils and their teachers how to be, in her words, more 'woke.'

The youngest pupils read a series of texts under the heading 'Woke Kindergarten', which are described as being 'digital culturally responsive and sustaining easy reader books'.
The texts help children with their 'learning for liberation' and tell the stories of children 'that we have lost to racist police and state-sanctioned violence.'

Aiyana tells the young viewers: 'I was sleeping.'

Trayvon says: 'I was walking.'

The four to six-year-olds in kindergarten will also be asked by their teachers to compare their skin color with an arrangement of crayons, City Journal reported.

Older students will also be taught about the 'sickness' of American society.

By fifth grade, students are taught that America has created a 'school-to-grave pipeline' for black children and that, as adults, 'one million black people are locked in cages.'

In middle and high school, students were taught under headings such as 'The racial power of white elites'. 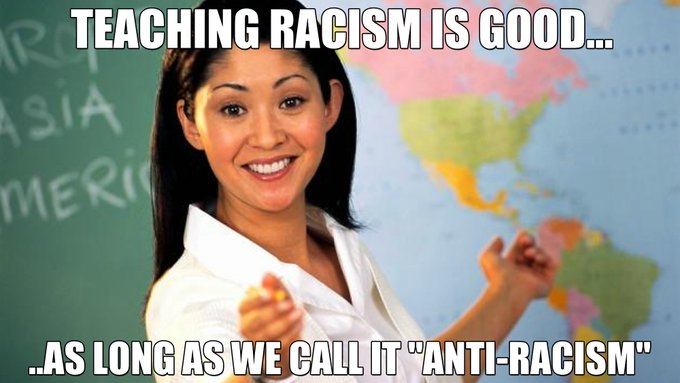 Maybe they should show them the daily news from south Africa instead with all the racist attacks on whites by the EFF and the all the gang members down there.

They are integrating hatred for one's own heritage even shaming elementary white students not much older than toddlers in Minnesota even in charter schools that parents are paying out of pocket for to get away from the public school propaganda! This is as SOVIET RUSSIA  as it gets!

It is no different than Pavlov's dogs (classical conditioning)

steve replied to steve's discussion REAL IMPORTANT PLEASE WATCH AND PASS TO ALL NON SHEEPLE
"Chris It must be on your end, it still works fine from W Va. Steve"
18 hours ago