“MyMagic+” will enable the company to more effectively gather data on customer activities.

Stay up to date with the latest headlines via email.


The Mark of the Beast is coming… to Walt Disney World. According to  The New York Times, Disney plans to roll out a new system — “MyMagic+” — that will enable the company to more effectively gather data on customer activities. All in pursuit of the the goal, of course, of improving the amusement park experience for Disney customers.

Did you buy a balloon? What attractions did you ride and when? Did you shake Goofy’s hand, but snub Snow White? If you fully use MyMagic+, databases will be watching, allowing Disney to refine its offerings and customize its marketing messages.

Best of all, comprehensive use of the bracelets could help cut down on time spent in lines waiting to get into popular attractions. What’s not to like? If one definition of Hell is waiting in line with your children for an hour to get into It’s A Small World, then sign me up!

Disney just bought Star Wars. At least we're gonna see a new movie every two, to three yrs now that Lucas has given up the reigns. Maybe the only good thing Disney will do from here on out judging by the article here.

Permalink Reply by Central Scrutinizer on January 7, 2013 at 5:59pm

Star Wars will never be the same now, it went all goofy & chit ;)

I'm guessing you're not a fan of the prequel movies. I've read the treatments for the next three movies and episode seven looks real boss. Hamill and Ford said they are in too. I'm excited. Been waiting to see skywalker as a master jedi since I was a little kid. The script is Lucas's vision, so it should survive the film making process considering it's his baby.

Disney better not screw it up or fans won't pay. It's not wise to upset a star wars fan.

Permalink Reply by Central Scrutinizer on January 7, 2013 at 6:21pm

luv em all, but Disney will fak 'em up now...your gonna be killed with cuteness now....Disney Blows and has made simply horrible movies since the 80's...nope, this series will never be the same again now

I used to love the mickey mouse club..   there's a color version too ...  its always been about magic but as i watched this again after many years of deprogramming i see the hypnotizing and mind controlling ..

maybe it started out innocently but i question that too

Permalink Reply by Central Scrutinizer on January 7, 2013 at 6:24pm

Cubby is the Devil ;) 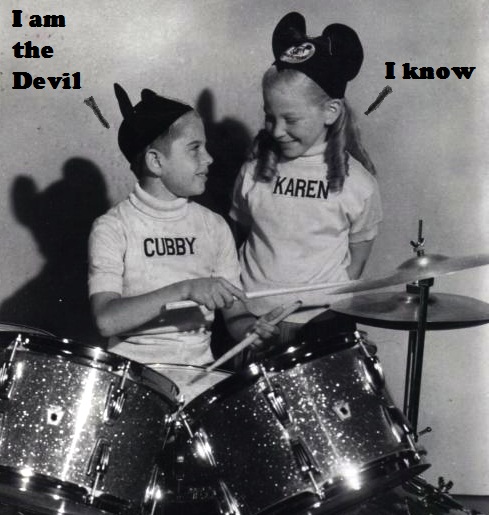 Permalink Reply by Chip on January 11, 2013 at 7:44pm
Yes sir.
Americans should boycott these bung holes like they should boycott Hollyweird. Too many folks tie them selves up with this faux entertainment crap. Shut down Disney and Hollyweird NOW!

NBC reports that Disney World In Orlando, “The Most Magical Place On Earth”, is to implement wireless-RFID tracking wristbands for visitors, enabling theme park officials to collect information such as purchasing and riding patterns as well as location data.

Visit NBCNews.com for breaking news, world news, and news about the economy

The report notes that the wristbands will be linked to customers’ names and credit-card information, and will function as room keys and park entry passes.

The Orwellian technology has been imaginatively packaged as “MyMagic+” – for the kids of course.

The New York Times suggested in a report on the development that Disney characters roaming the park could use the information transmitted by the wristbands to greet visiting children by name, and even wish them happy birthday if it was their birthday.

Some commenters on the StitchKingdom Disney fan site said they felt “a bit creeped out” and “not terribly comfortable with the idea” in response to an article on MyMagic+ posted in March.

Of course, such devices will fit right in at Disney World, along with the TSA style checkpoints at rides, the fingerprint readers at the turnstiles, the exhibits on how wonderful GMO agriculture is, and all manner of other disturbing projects implemented at Disney resorts.

The magical wristbands could keep track of how many kids enjoy the blatant acclimatization to troops on the streets of America that was recently revealed in Disney Land in Anaheim California, a focus of local protests last summer, where troops were deployed for real.

We have long warned that children are being acclimatized to a biometric society, and the surveillance ills that come with it. Such devices installed at Disney theme parks and other “magical” places, make it seem normal when the same kind of thing is implemented into schools.

Steve Watson is the London based writer and editor for Alex Jones’ Infowars.com, and Prisonplanet.com. He has a Masters Degree in International Relations from the School of Politics at The University of Nottingham, and a Bachelor Of Arts Degree in Literature and Creative Writing from Nottingham Trent University.

User or not, Marijuana prohibition is and has been hurting our economy and environment. Join, learn…See More
8 hours ago
896 Comments 44 Favorites

rlionhearted_3 favorited Chris of the family Masters's blog post Stanford Study Results: Facemasks are Ineffective to Block Transmission of COVID-19 and Actually Can Cause Health Deterioration and Premature Death
8 hours ago

Doc Vega commented on Larry Flinchpaugh's blog post Lets Talk- Please
"Not going to happen. the left knows they have no logical argument! They cannot win in a debate so…"
13 hours ago

User or not, Marijuana prohibition is and has been hurting our economy and environment. Join, learn…See More
13 hours ago
896 Comments 44 Favorites

"When it comes to drugs from needles, most people, once they've had a little taste want More…"
16 hours ago

"So beware guys. The outside packaging is not always the same as the inside one. Even subtle changes…"
17 hours ago