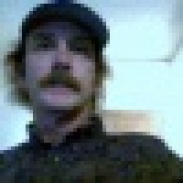 Whether the Semi-Auto Ban Passes May Depend on What Happens to the Senate RulesMcCain may be working to stab us in the backACTION:…Continue

It is important to consider all of the information provided so that all of those involved in this crime are put to justice.  It is also crucial that James Holmes gets a fair hearing and fair…Continue

600 Empty Concentration Camps Because of the Second Amendment

A brief note for gun ban supporters. The US federal government has constructed 600 empty concentration camps in the USA during the past 30 years. Even the mainstream media has been forced to admit…Continue

Russ Hallberg Jr has not received any gifts yet

Would you be willing to donate a few hours or a few dollars to 12160 site projects each week?
Can donate time.

For the past 13 years, I have been exposing Insurance Claim Money Laundering. Every claim against an insurance company, such as the many claims for the victims on 9/11, has a contingency reserve account. Money is set aside to pay the maximum possible loss from the claim(s). Only the state Insurance Commissioner has oversight of the account. The Insurance Commissioner's only concern is that the claim can be paid. In a mutual insurance company, No outside agency is concerned where the money came from, or where "profits" (laundered money) goes. The excess money can be used to pay exorbitant claims, executive bonuses or made up expenses.

In the Yogurt Shop Murders case, there was a hidden, unnecessary, $10 million dollar umbrella insurance policy. The rape/murders of four photogenic girls must have been a snuff film. The killer(s) were at the scene of the crime, undisturbed, for 41 minutes. The insurance claim was paid to the families with the profits of the snuff film. Two sisters were victims, leaving half of the insurance settlement with one mother and stepfather.

I have been in 8 states in the past 13 years. In every one, the network/syndicate involved in insurance claim money laundering has attempted to involve me in their schemes. It was a management training program, which I rejected. The reason for trying to involve me is explained in my story. Here are the PDF and YouTube links:

9/11 and the Yogurt Shop Murders

The "huge network involved in insurance fraud" played a significant role in public acceptance of the 9/11 lie. Unfortunately, without more insiders willing to come forward, we cannot use this to make the public aware of the 9/11 lie. It does help to put many of the pieces of the puzzle together, for those who have already been converted to 9/11 truth. I estimate 1 in 100 people are involved in insurance claim money laundering. They may merely have knowledge of the money laundering scheme, hoping for an opportunity to participate. This 1% is in all walks of life. They instinctively support the lies of the government and mainstream media.

Larry Silverstein's 5.5 million dollar settlement for the the destruction of the World Trade Center is highly suspect. The asbestos filled white elephant was appraised at 3 billion. I The suspect the supporting cast for the fake planes and fake victims of 9/11, http://www.septemberclues.info ,came from the insurance fraud network.

Insurance claim money laundering creates a huge network of corrupt, ruthless people working together. Many members would like to believe they are doing good. I have tried to point out their folly, since they are laundering snuff film profits, among other things.

The Jesuit/Knights of Malta created global central banking system needs money to be laundered, to return it to circulation. The insurance fraud network also gives them a web of like-minded friends.

The stir over Sandy Hook has brought increased hits to my own work, connecting 9/11 and the Yogurt Shop Murders.

Sandy Hook and the stir over gun rights presents an opportunity to reinforce 9/11 truth in the public mind. Here is one article that explores the common denominator of video fakery:…

(We know the footage won't be released, but let's make it hot for them).

Congressman brought formal charges against the Board of Governors of the FED and others, including but not limited to, CONSPIRACY, FRAUD, UNLAWFUL CONVERSION, AND TREASON.

Part ONE of Congressman McFadden's Speech before the attempts on his life
and the final successful one resulting in his murder......
The text is from a booklet, published before zip codes, entitled
"Congressman Louis T. McFadden on the Federal Reserve Corporation: Remarks
in Congress, 1934" . It is merger of two different speeches, one in 1932 and
another, given after FDR became president. It was released by The Forum
Publishing Company of Boston,…

A verified holocaust in Yugoslavia

Here's what we can expect from the Jesuit New World Order.  The "bulwark against communism" is bull. This was religious genocide against the Orthodox Christian Serbs. The Catholic Communist Tito ruled Yugoslavia after WWII..

Russ Hallberg has been paying a bit too much attention Eric John Phelps. These people who blame the Vatican for everything (and I used to be one) are being mislead. If the Vatican and Christianity are the source of the New World Order, why has the NWO sought to stamp out the Catholic Church at every turn? Russ is fixated one an issue that blinds him to historical reality. There's no doubt these groups are involved at some level, but to ignore the massive evidence that 9/11 was an Israeli operation is dangerous. Russ needs to start looking into other sources than Eric John Phelps and other conspiracy gurus who are out there to mislead people. Russ, you bring your evidence that the Jesuits, Vatican and Knights of Malta did 9/11 and i'll bring the evidence that it was a JEWISH, Israeli operation and we will see who has the better evidence. My feeling is that you have none other than the ravings of the Catholic-hating Eric John Phelps. The Church is what BUILT Western Civilization, the same Western Civilization that the "NWO" is out to DESTROY, so with all due respect, Russ, your's and Phelps' theory of the Vatican being "behind" everything doens't even pass the smell-test of logic, let alone stand up to the historical facts. Peddle your Calvinist - or Jewish - paranoia about Catholicism somewhere else because you're trying to lead people astray.

Phyllis Maka commented on Phyllis Maka's blog post NOT ONE CORONAVIRUS HEADLINE ON DRUDGE WHEN I CHECKED THIS MORNING, THEY DROPPED THIS STORY LIKE A LEAD BALLOON
"Congratulations to THEM, they have succeeded in creating a world-wide demented mindset from what I…"
13 hours ago