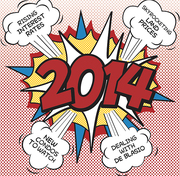 Test your Psychic ability's, Tell us what you think may happen in 2014....one thing is for sure, it's going to be one Helluva ride!

With 2013 the nets have helped to rise the level of consciousness and awareness, of the POSITIVE QUANTUM,  that people need to participate in care of their societies. 2014 awaited further rise, as…Continue

You need to be a member of 2014 Predictions to add comments!

* CHRISTIAN PATRIOTS will Take a STAND, for in the Founding of Our Great Nation...God was not an Option...HE', WAS A NECESSITY...PERIOD.

**Prayerful OBEDIENCE to the Call of Our nations Three Key Founders Documents, Will REVOKE the Present Socialist/Marxist, Failed Leadership of Obama, His Adminisrrative CZARS's, the Democratic Senate power, and The Republican RHINO's wil become MUTE..PERIOD.

***If the above is NOT SUFFICEINT...There will be another CIVIL WAR...PERIOD

It is with sincere respect and honor that I privilege myself to LAUD and HONOR; your LOYAL, EARNEST, and TRUTHFUL, effort to IDENTIFY the Present; “DESTRUCTIVE & DEVASTATING, Failed Leadership”, facts of Pres.B Hussein Obama, and his Administrative CZAR’s, The Democratic Senate, along with the many RHINO’s in both Houses of Our Congress….One of your most efffective measures …Is your PLAIN SPEAKING…in a manner that even a Eighth Grader can understand and define in your Talking Points.

I am Willing to be accountable to render you my sincere and loyal support, in any manner appropriate, with in the limits of my capabilities in any AIDE I can provide to your mission Challenge’ ,…PERIOD.

I would rather endure the Dangers of Freedom than enjoy the Peace of Slavery…PERIOD.

Again Sir, THANK YOU, CALL ON ME, and May Our Creator Bless your Patriotic and Military Professional Leadership in the Mission at hand.

Comment by jenniferlynn on January 6, 2014 at 11:30am
the fda will keep feeding us poison a earthquake will hit fuckashima and really mess things up we might see a war with korea the nsa will find more ways to spy on us virgin galactic will take off and possibly fail lol ppl will continur to believe what the media tells them and we shall all be distracted bu more bs so we dont get together and take over like we should

Another of my predictions for this year... 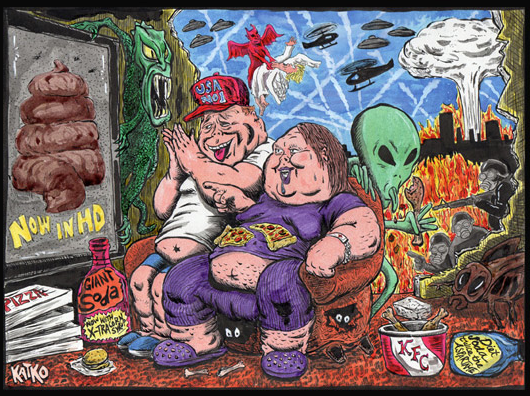 Bio chemical weapons will be released .. mass sickness of different strains  ..  attacking the respiratory system .and nervous system . and immune to antibiotics ...   they will take guns from Americans ..will be bigger and better drills .. ones so convincing even you will think they are real .. they will push Korea .. still not sure what they doing with China..   but China moving on something pretty hush hush ...

The predictions of Isaac Asimov that Maria de Wind commented are truly amazing, considering that he visualized them 50 years ago! The growing disease of boredom that he mentions is something to take in consideration. People will be obsessed with all the new wireless gadgets, and that will transform all of us in some sort of zombies.

I've got a gut feeling the CIA will assassinate King Barry. By the end of March.

They will need a good false flag, and what would be better than that.

They will most likely use a small drone to pop him in the head.

And If he survives I mean it this way, Appears to die from a head shot, and they bring him back to life, in other words he will be resurrected lie Christ was, he will be Worshipped by the brain dead masses as the second coming.  But us free thinkers will know he is 'The AntiChrist'

And if I'm wrong about that, the Dike Hilary gets a ticket, she'll get blown away too.

I really did have Prophetic dream 2 weeks ago where I was told the Entity us Christian know as Jesus Christ will return to Planet earth on the 20th of June.

Isaac Asimov Predicts in 1964 What the World Will Look Like Today —...

The Great Gazzoo has Spoken!!