This is a Group is for posting photos, Blogs, Videos and discussing Chemtrails, Aerosols, Morgellons Disease, DARPA, NASA, Microwave Towers and all other issues related to aerial manipulation of the atmosphere.

Gman's recent observations on chemtrails and their effects on our atmosphere

I live at 8,000 ft. elevation, 90 miles West of the Tonopah (NV) beacon in Northern California. West bound traffic vectors off this beacon then fans out to different destinations on the West Coast. Subsequently, i get a lot of traffic overhead and I have daily occurrences of fresh trails, chembows and other phenomenon in my sky.
In the last year I have noticed two or three new phenomenon in the sky.
Specifically, I have noted that:
1. Two simultaneous trails being created by different aircraft at the same altitude produce trails of different colors. One trail may appear white, while the second appears slightly blue tinged.
2. One aircraft may produce a normal contrail while another produces an aerosol trail.
3. Most significantly, I have now observed that most ambient clouds, especially cumulus clouds, exhibit oil slick coloration on their edges when viewed in certain lignt. In this photo, note the chemical colors at the borders of the center cloud, just above the treeline. This cloud was at approx. 9,000 ft. in elevation.

This recent development suggests that our atmosphere is now completely saturated with these chemicals. The potential ramifications of this fact raise legitimate concerns as to the "weaponization" of our atmosphere.

Chemtrails: Aerosol and Electromagnetic Weapons in the Age of Nuclear War

It's finally here, “WHY in the World are They Spraying?”‏

"Why in the World are They Spraying?" NEW Critically Acclaimed Documentary [HD FULL]

Photos I took near Pittsburgh

Chemtrails Over Syria (takes a while to load)

Another Excuse to Bring In NWO and Martial Law cause to a future blackout.

You need to be a member of Chemtrails, Weather Manipulation & Our Toxic Skies to add comments!

For comparison, this one is 25,000-30,000 ft and probably a con trail judging by the way the vapour was disappearing quickly due to warmer temperature up there but just cool enough for the plane to condense some moisture 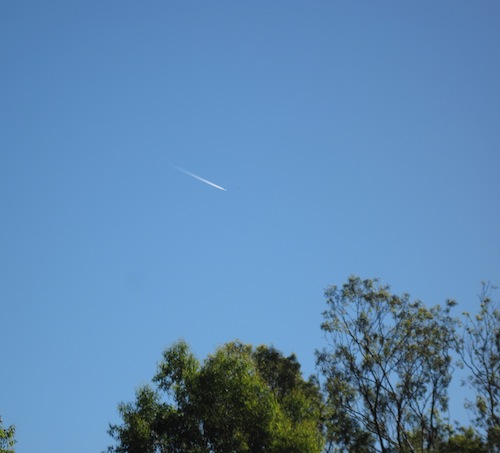 The second photo with "V" shape looks like the photo was doctored but the image is straight out of the camera. It's two trails dispersing, one crossing over the other

Estimated height = no higher than 5000 ft .... Never heard the plane again, must have good silencers, I don't hear a thing 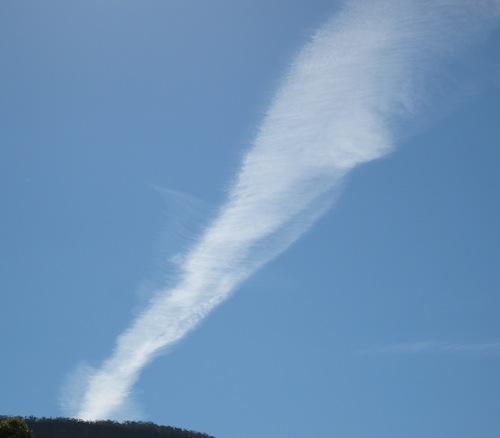 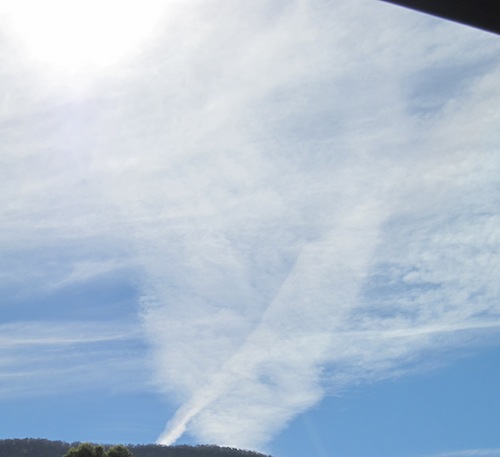 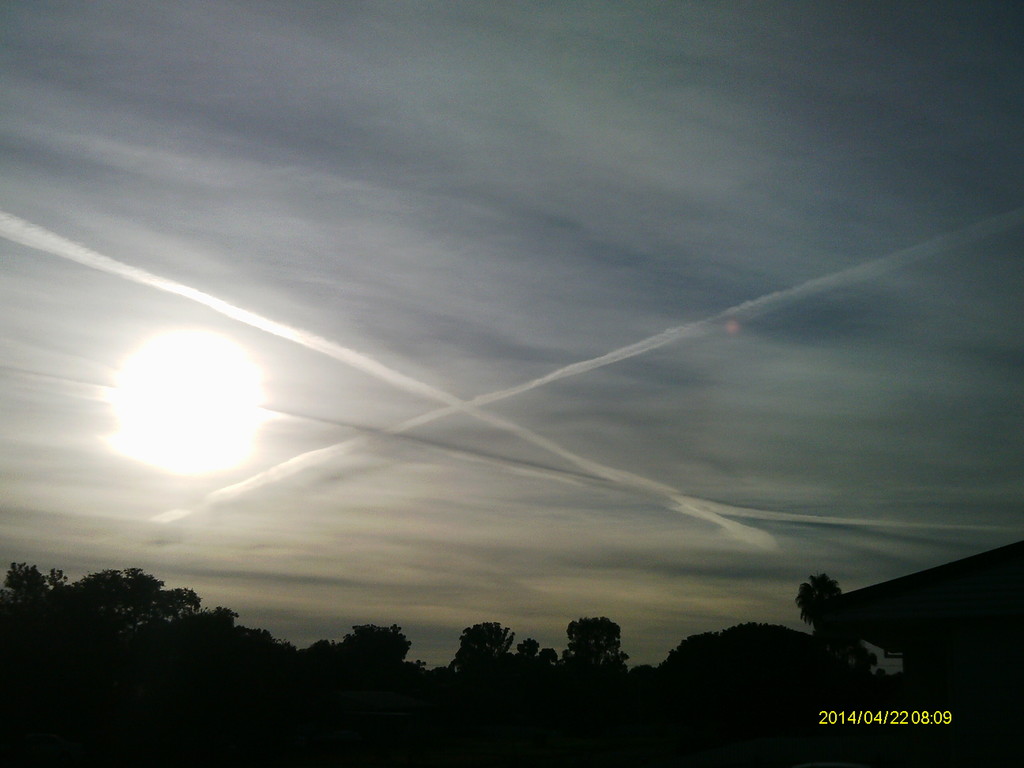 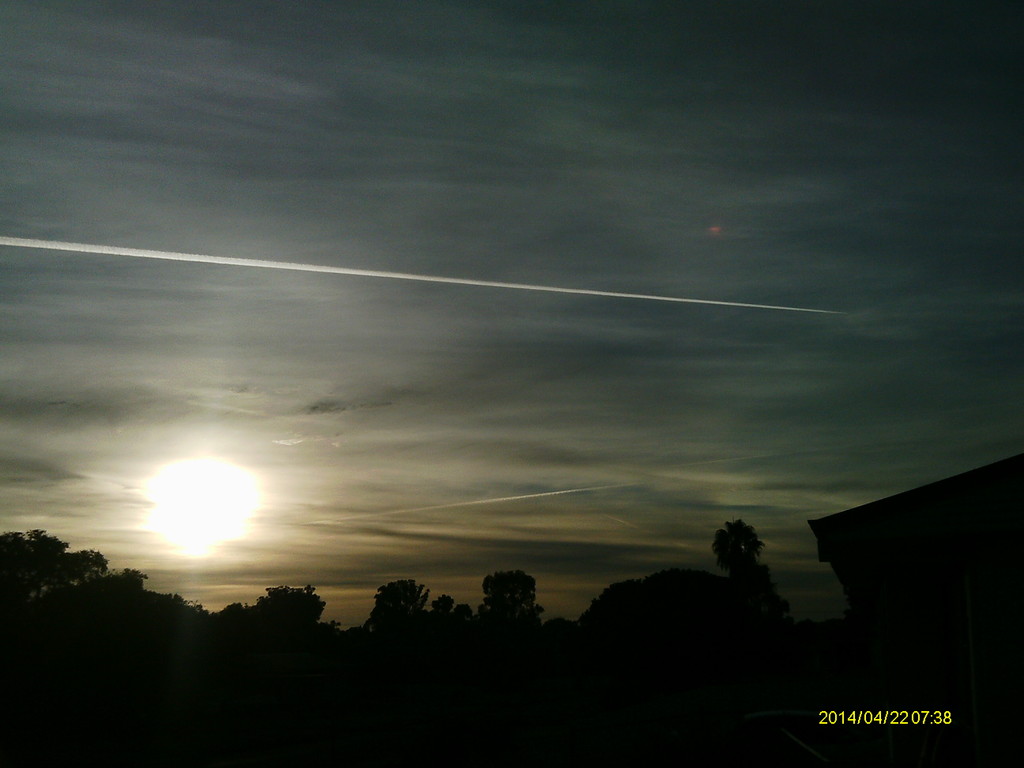 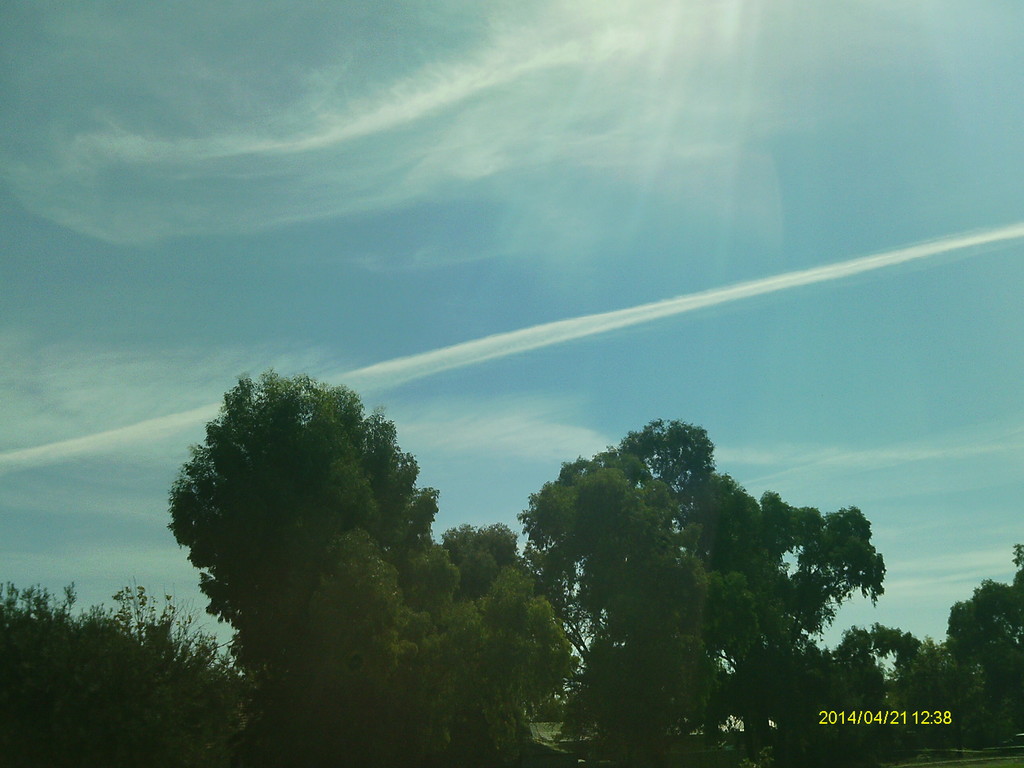 http://www.youtube.com/watch?v=L5is16A8pfwUnited Nations Exposes Chemtrails 100% PROOF We Are Being Poisoned

By now everyone has witnessed streaks of white trailing across the sky, stretching from horizon to horizon, ultimately turning the skies into a murky haze. We can no longer ignore the fact that our skies are being heavily polluted with

The truth is the government is spraying deadly chemtrails in hopes of population reduction. Furthermore they have been known to use chemtrails as biological testing agents on the populace; all while claiming they are nothing more than mere vapor.aluminum, barium, lead, arsenic, chromium, cadmium, selenium, and silver.  All of which attribute to a host of health problems including: neurological effects, heart damage, eyesight issues, reproduction failures, immune system damage, gastrointestinal disorders, damaged kidney, damaged liver, hormonal problems, and more.

We’ll now we have 100% undeniable evidence that chemtrails exist. The video below is of Rosalind Peterson, the president of Agriculture Defence Coalition. In it she address the United Nations on chemtrails, geoengineering, and weather modification (HAARP).

If you were a skeptic before, I can assure you, that you will not be after hearing what she has to say to the people in power.

What Chemtrails Are Doing To Your Brain - Neurosurgeon Dr. Russell
https://www.youtube.com/watch?v=X3lW-TGGlk0

My first post about chem trails from this past skeptic (me)

This one is approximately one thousand feet up, the minimum legal height to fly is one thousand feet, whoever is doing this is taking advantage of that low height to drop whatever they drop. I only have to step out my door to photograph them, they appear occasionally and I never hear the planes, when all other aircraft I hear ok like helicopters, and commercial jets at 30,000 feet, but not these. So I'm trying now to catch one by peering out my window a lot more than I've done in the past, or hopefully I'll be out in the yard when one appears in the sky. I'll also take my pics into my local government people and ask what they know about it all

I've seen con trails 30,000 feet up over my place but they are very rare due to temperature conditions, however, I'm still not sure they were con trails. The trails I'm really concerned about at the moment are these ones close to the ground. I can tell they're low by their concentration before they disperse, in relation to the surrounding hillside and how well and easy they are to photograph, not needing to zoom the camera

The second pic shows the dispersement of the trail, still about a thousand feet but has drifted somewhat from where it was first placed. Note the clear and sharp right edge of the plume, I've never seen that before, usually if it's just water vapor, they have soft fuzzy broken up edges. The pics weren't played around with and that sharp edge is much more defined in high resolution. It indicates to me that this is not 100% water vapor 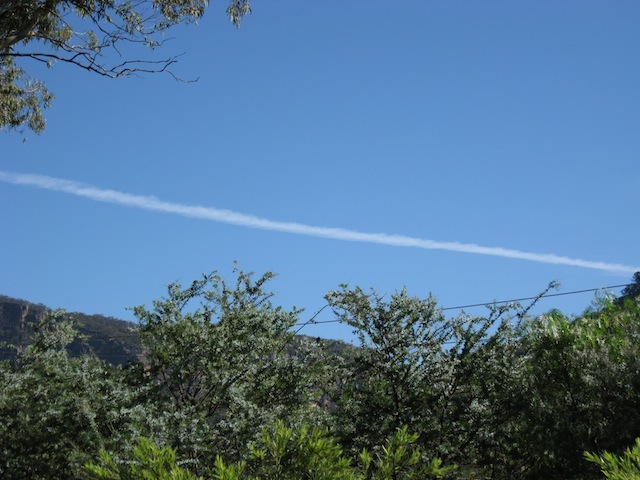 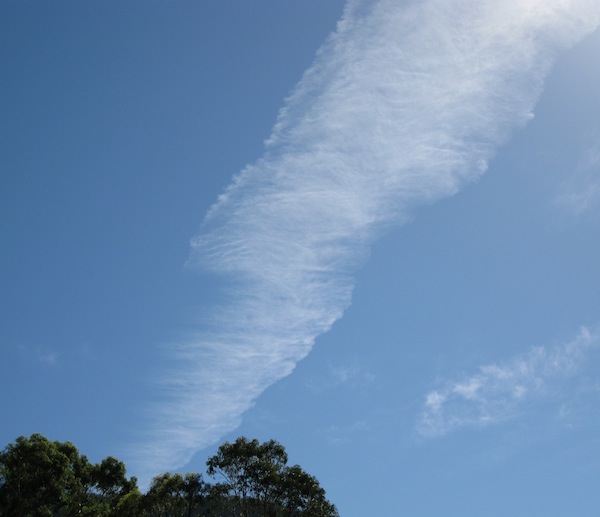 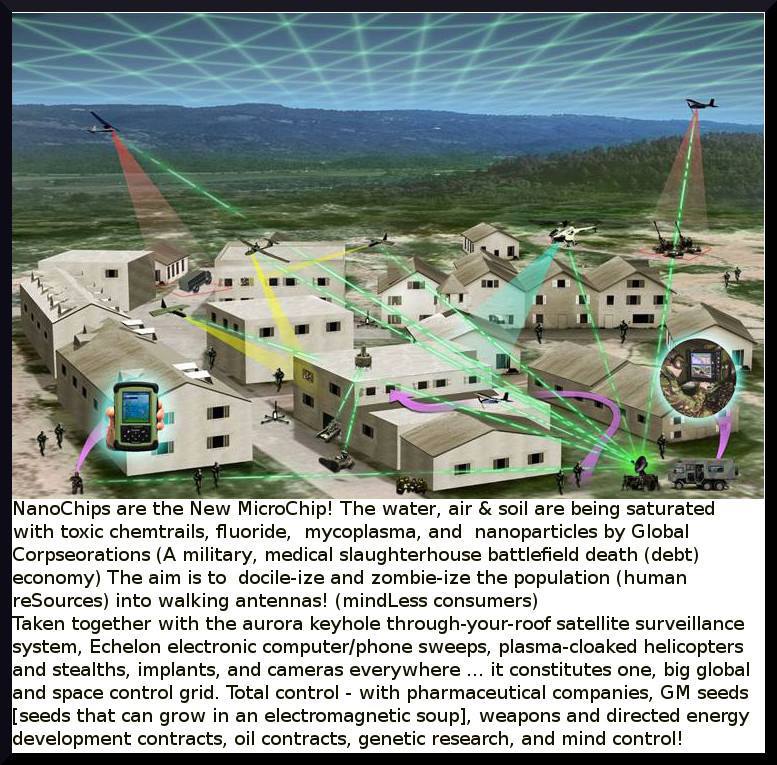 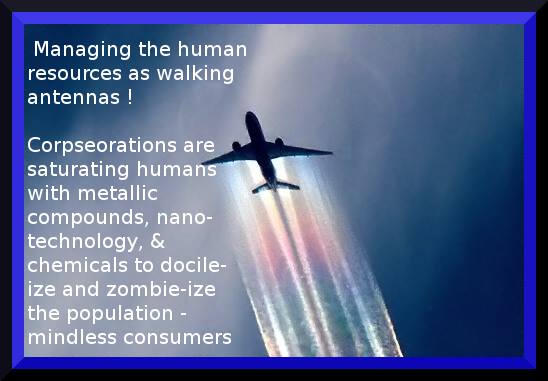 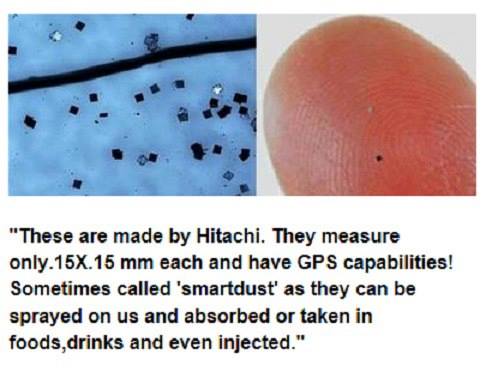 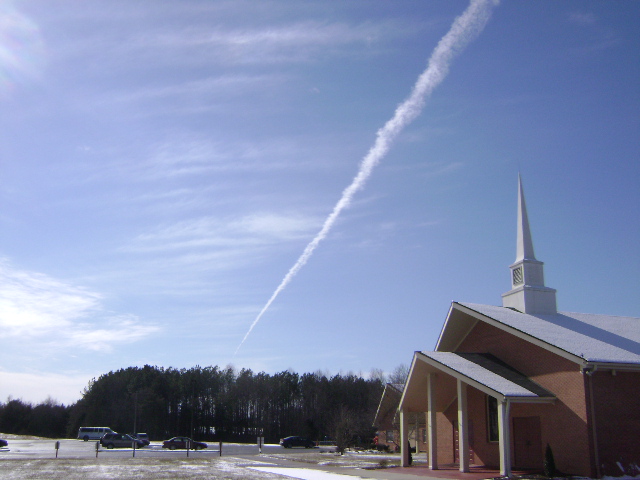 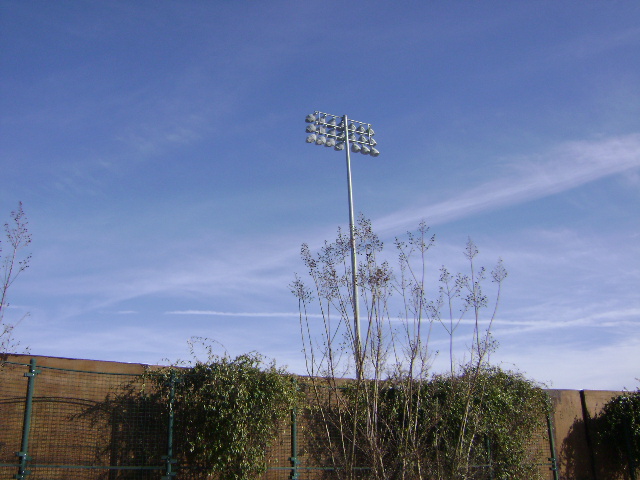 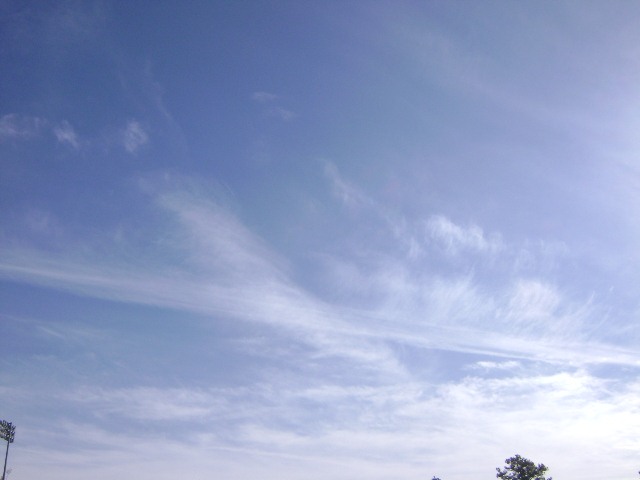 Harry Thomas replied to Harry Thomas's discussion DEMOCRACY IS DEAD !! HARRY THOMAS ANNOUNCES DEFEAT? (hell no) Heartfelt Harry Edition HTS011822 By The Harry Thomas Show
"podomatic is acting shady so im uploading a file here shrunk as much as possible. hope it makes it…"
23 hours ago