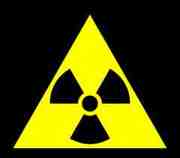 How To Make Your Own Potassium Iodide

video 'YouTube Has Been Restricted In Japan. A Last Message Sent Out From Man In Japan (mirror)'

Radioactive Winds Head Towards Tokyo As Some Flee Capital

TheLasersShadow Point of View and Analysis

Concerns Over Measurement of Fukushima Fallout

Japanese tsunami victim remains to wash up on US coasts

You need to be a member of Meltdown Japan - Fallout Tracking - News - Health Solutions to add comments!

Well all this information is great but who has a plan?  How do we get to the Truth?

I have a plan, a solid plan grounded upon the firm foundation of The Rule of Law, all that is required is some Courage and a little bit of Moxy.

First You must Claim Your Lawful Sovereign Authority;

Second You begin to make Lawful Demands of Public Officials for Honesty about the Pentagon and the question of Airplane or No Airplane?  And if No Airplane, why is it that you guys in Government continue to lie about it? Demanding a Lawful investigation with at a minimum a public questioning of those in office today as well as those in office on that date.  Their failure to speak out could be considered a treasonous act and grounds for Trial for Treason, or at least indictable under Title 18 USC Section 249.

Next you make a Lawful Demand about the CAFR's-Comprehensive Annual Financial Report and the undeniable FRAUD and EMBEZZLEMENT Activities which they, Government officials, elected and non elected alike, are party to, and indictable under Title 18 USC 241-Conspiracy against Rights Under Color of Law http://www.fbi.gov/about-us/investigate/civilrights/federal-statutes

Now these two simple Demands also allow you to challenge their Constitutional Authority and Jurisdiction. No Jurisdiction No Authority!

Gee I wonder if Habeas Corpus could apply to anyone? The Federal Government aka United States, openly attacked, by silence, the Constitution for the United States of America, and in doing so, lost all Authority, breaching the contract with the people and rule only as a usurper, and occupier.

If everybody would stop the arguing and discussing and trying to prove or disprove theories and events, and just came together, as a Society of Grownup Adults, on ONE ISSUE OR QUESTION, does not matter which one, as long as it leads to a questioning of their Criminal Activities relative to House Concurrent Resolution #175-Code of Ethics For Government Service, with the possibilities of being hanged for treason, or Life Imprisonment for Violation of USC 249, or 10 years at a minimum under Title 18, we can put enough pressure to start getting real answers.

Next up is the private sector and private parties or individuals.

Relying upon the Doctrine of Negligence and the area of law known as TORTS or Personal Injury you can bring civil actions against the media corporations from the Board of Directors all the way down to the janitor, for Failure to act in an appropriate manner-negligence, and also for Reckless Disregard resulting in damages from knowingly reporting provably flase information, that you can easily prove that they KNEW WAS FALSE AT THE TIME OF THE REPORT.

We have to get organized, focused on a single issue and then we have to do some certain things to put us as Citizens on the same level as the Public Authority for these SPECIFIC MATTERS by Claiming Lawful Sovereign Authority and then exercising that Authority through a Lawful Demand and other civil actions.

I Remain As Always

Just when we thought things couldn’t get worse for the Fukushima nuclear disaster, officials announced this week that a leak in a holding tank recently allowed 100 tons of contaminated water to pour out. Not surprisingly, however, Tokyo Electric Power Co. has said there is nothing to worry about and that the water was “unlikely to have reached the ocean.”

This is really scary stuff.

(AP) — Japan marked the 67th anniversary of the world's first atomic bomb attack with a ceremony Monday that was attended by a grandson of Harry Truman, the U.S. president who ordered the bomb dropped on the city of Hiroshima. http://news.yahoo.com/hiroshima-marks-67th-anniversary-bomb-attack-...

I wonder if three mile island is still hot??