The Constitution of the United States of America IS the Supreme Law of this land, NOT those who serve within the federal government.

The first law statute of the United States of America, enacted in the first session of the First Congress on 1 June 1789, was Statute 1, Chapter 1: an act to regulate the time and manner of administering certain oaths, which established the oath required by civil and military officials to support the Constitution.

The wording of the Presidential Oath was established in the Constitution in Article II, Section 1, Clause 8.

‘Before he enter on the Execution of his Office, he shall take the following Oath or Affirmation: “I do solemnly swear (or affirm) that I will faithfully execute the Office of President of the United States, and will to the best of my Ability, preserve, protect and defend the Constitution of the United States.”’

The Framers placed the presidential Oath of Office after the beginning clauses setting forth the organization of the executive department, and before the ending clauses that specify the contours of the President's assigned power. The President takes the oath after he assumes the office but before he executes it. The location and phrasing of the Oath of Office Clause strongly suggest that it is not empowering, but that it is limiting - the clause limits how the President's "executive power" is to be exercised.(cont)

"which shall be made in Pursuance thereof" is the keywords that most progressives leave out. Why do they leave that out? Why have they suggested that those words mean nothing so they are re writing the US Constitution without them? Because those words "which shall be made in Pursuance thereof" mean that if a law, bill, treaty, amendment, etc does not follow the US Constitution that law, bill, treaty, amendment, etc is NOT LEGAL and is "null and void".  That the ONLY federal law that is supreme is that assigned by the US Constitution and that follows it. Remember, the federal government was DELIBERATELY assigned LIMITED powers. (con't)

I've been kicked off most sites for publishing the laws.

How many of you are aware the the LAWFULLY REQUIRED Oath of Office is Legally BINDING? That when they break the oath - no matter if it is a president, state official, bureaucrat - they NO LONGER MEET THE LAWFUL REQUIREMENTS OF THE POSITION THEY ARE OCCUPYING? That not keeping the oath is a criminal, plus a civil, offense - not just a political one?

Federal law regulating oath of office by government officials is divided into four parts along with an executive order that further defines and clarifies the the law for purposes of enforcement.

The definition of “advocate” is further specified in Executive Order 10450 which for the purposes of enforcement supplements 5 U.S.C. 7311.

Executive Order 10450 provision specifies it is a violation of 5 U.S.C. 7311 for any person taking the oath of office to advocate “the alteration … of the form of the government of the United States by unconstitutional means.”

I hear ya. Been mostly on the Huffington Post, and you can tell many are fake libs just creating division. It's worth hitting up though. Huff Puff is in the top 25 most popular websites on lexa. I'm over a hundred comments in, and I think I've brought some life back to a couple people. You wonder where the epicenter of ignorance is, well, Huff is definitely one of them.

I hit up yahoonews as well. We should tag team till we get more commandos. I got a profile on the Huff. I'll show you mine if you show me yours.

kewlio idea Krypto, I do a lot of diff ones, mainly the ones that have a "Comment" section (gettin rarer...wunder Y?..lol) The comment sections run by "Disqus" are good cuz once you sign up, ya get a runnin total of replies, if any, to your comment from whatever the subject was. 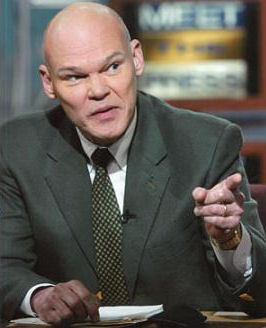 "That thing is/was a man. Why ol why do the people tolerate these degenerate things, let alone let…"
8 hours ago