I get you. Look at the the globalist's writings going back to the 30's. The left talked about using false liberalism, which is really communism. This globalist system is an amalgamation of political systems of control. Look at the constitutional monarchies such as UK, Canada, Australia, and about 15 other nations all under the 'soft' rule of the Queen, and her royal Windsor bloodline.

These mechanisms off communism, fascism, and socialistic models, all work on different profile elements of the populace. Consider whom would a liberal most identify with? A communist. Who would a conservative identify with? A fascist. Why? Libs are the atheists, the risk takers, more self centered types; a cousin of communism. Neo-cons, are the fake opposition. They pray to God, go to war, give out billions in corporate welfare then pass the torch to the Dems; the Neo-con Repubs are all about corporatism. Making laws that protect corporations and allow them to take advantage of the consumer in every possible way by the LAWS they created. That's the Fascist approach to consolidation.

Add it all up, and you've got just over a century of overt, takeover, through covert methodologies in this country. They really needed that Federal Reserve system. Fractional reserve banking. This system,  monopolizes the printing of the nations money, and it became the world's reserve currency for a reason. Take all the worlds resources by fiat, and then implode everything and consolidate the rest.

I'm tellin' ya, pose as a liberal, and they at least consider what you're saying.

Anyway, one of my latest comments:

Superbugs!? Yea, right. Mankind has existed for thousands of years, and now with the advent of modern medicine the superbugs just crawl out of the wood work. Oh, and they're invincible.

Is there anything people WON'T believe anymore? Seriously!?

The masters of the lie...

"Who the heck throws birthday parties for a Wookie ????
Hans Solo, come pick up your pet side-kick, its totally ruining this place
-
More smoke & mirrors distractions for the masses!!!"

Smile and a double wink.

700 infobombs successfully dropped on the HuffPo!

Weigh in on this bull shit: 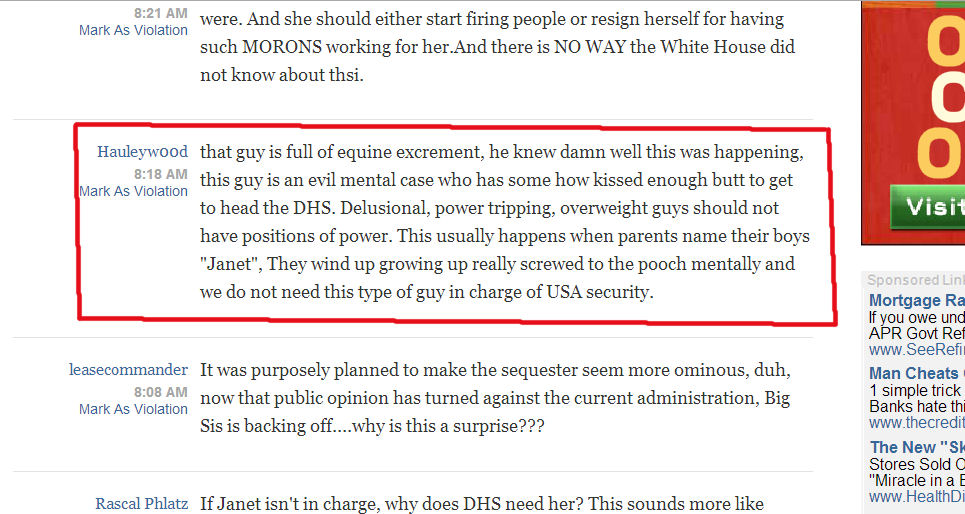 The video does exist. On both youtube and it should still be in the Senate, plus in the gov archives. It IS treason, not just impeachable. Becasue multiple people were killed as a direct result it also qualifies as mass murder, and Murder in the First.

Under the terms of Jones' resolution, both Panetta and Obama would be subject to impeachment for abusing their power and violating the Constitution in disregarding the authority of Congress and placing a foreign power above its jurisdiction.

Despite the Pentagon's efforts to claim that Panetta's words were misinterpreted, the Obama administration itself has routinely cited the authority of the United Nations in relation to last year's invasion of Libya, which was conducted without approval from Congress.

In June last year, President Obama arrogantly expressed his hostility to the rule of law when he dismissed the need to get congressional authorization to commit the United States to a military intervention in Libya, churlishly dismissing criticism and remarking, "I don't even have to get to the Constitutional question."

Obama tried to legitimize his failure to obtain Congressional approval for military involvement by sending a letter to Speaker of the House John Boehner in which he said the military assault was "authorized by the United Nations (U.N.) Security Council."

In boldly asserting the authority of international powers over and above the legislative branch, Panetta and Obama are openly declaring that they no longer represent the American people and instead are water carriers for a global dictatorship that has usurped the sovereignty of the United States.

"https://telegra.ph/NATIONALISM-FOR-EXPORT-05-19  Azov fighters have failed and now resort to…"
6 hours ago

"Correct. Some of these truth diggers are so good they get the Full truth out there before the lie…"
8 hours ago