WASHINGTON (Reuters) - A Republican memo alleging anti-Trump bias at the FBI and U.S. Justice department is likely to be released on Thursday, a White House official said on Wednesday.

The FBI said earlier on Wednesday it had “grave concerns” about the accuracy of the top-secret House Intelligence Committee memo, challenging President Donald Trump’s pledge to release it.…

Nunes fires back at corrupt FBI

Nunes fires back at corrupt FBI trying to cover-up the memo: "it’s clear that top officials used unverified information in a court document to fuel a counter-intelligence investigation during an American political
campaign" 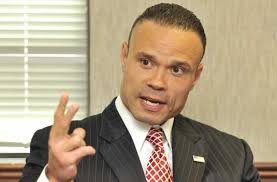 More Implications of the FISA MEMO

Dan Bongino, former federal investigator, policeman, and Secret Service Agent is warning people that there are going to be shocking revelations coming from the internal memo that Devin Nunez and intelligence sources within his committee having been authored in a 4 page document. According to…

Natural News) A bombshell new scientific study published in the Proceedings of the National Academy of Sciences (PNAS) finds that people who receive flu shots emit 630% more flu virus particles into the air, compared to non-vaccinated individuals. In effect, this finding documents evidence that flu vaccines spread the flu, and that so-called “herd immunity” is a medical hoax…

There is a time to come and a time to go. This is the right time, for me, to leave politics and return to the justice system. Full statement here → pic.twitter.com/7I8AApqvs1

“His master replied, ‘Well done, good and faithful servant! You have been faithful with a few things; I will put you in charge of many things. Come and share your master’s happiness!’
– Matthew 25:23 (NIV)

The White House will release a classified memo compiled by House Republicans on the intelligence committee, Chief of Staff John Kelly said on Fox News Radio Wednesday.
The memo — assembled by House Intelligence Committee Chairman Devin Nunes — allegedly illustrates broad abuse of surveillance powers by the Department of Justice and the FBI.
“It will be released here pretty quick, I think, and then the whole world can see it,” Kelly declared, adding that he had read the…

Memo will NOT be released. At least not one "unsanitised" by the guilty.

Again, I categorically state; IT WON'T HAPPEN.  They can't afford to take the chance.  If Obama is proven to be "just another crook" like FBI and State-well they'll have SOMEBODY cut a deal for immunity.  If THAT happens, their whole Crooked house of cards could come crashing down--and they will literally KILL all involved before they'll let it happen.

! FBI's McCabe intentionally held off investigation of newly discovered Clinton emails found on Wiener's computer until after the election

I know everyone is waiting.  My money says IT WILL NOT HAPPEN.  The deep state crooks will "forbid" the release, as they can allow NO EXPOSURE to touch them.  It will be conviently hidden under the Excuse of "National Security" the long held excuse for "Cover-Up".  In spite of all the Trump rah-rah crowd, he no more runs the country than I do.   Mark my words.  No release.   In time, a "sanitised" version MAY be leaked,  but Not The Smoking gun version. …

Professor: White people who do yoga guilty of ‘power, privilege, and oppression’…
Continue

Not Really Jews Rather Khazars....

Why FBI Deputy Director Andrew McCabe is Stepping Down 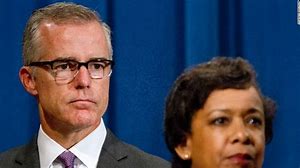 The Memo and McCabe Stepping Down

The inner workings of the FBI and the federal government have always been naively considered from an outsider as fair and unbiased that is until one has to deal with them. Often political influence and ulterior motive are measured just by that damning yardstick. Reince Priebus could tell you…

Basic vaccine lies in the world of fake news.

The House Intelligence Committee voted on Monday to release a four-page memo that alleges that top officials in the FBI and Justice Department misled a federal surveillance court in order to obtain a spy warrant against a former Trump campaign adviser.
California Rep. Adam Schiff, the top Democrat on the panel, announced the result of the vote to reporters.
The committee, which has 13 Republicans and 9 Democrats, voted along party lines to release the memo. The White House…

Andrew McCabe’s decision to step down as deputy director of the FBI rocked the political world on Monday. But the move is not entirely surprising given McCabe’s central position in several controversies that have raised questions about political bias at the top levels of the bureau.
McCabe, 49, had planned to retire from the bureau in a couple of months, but Monday’s move, first…

Clinton, Podesta And Others In Senate Crosshairs Over Dossier; Given Two Weeks To Respond

Clinton, Podesta And Others In Senate Crosshairs Over Dossier; Given Two Weeks To Respond…