Media Whoop Up Stampede To Cold War, Hot War, Whatever

Turkey and NATO behind attacks on Christians in Armenia

Armenians Wake Up to the Truth: Turkey and NATO Behind Ethnic Cleansing in Lattakia and Kessab

Palestine, Israel and the U.S. Empire

Palestine, Israel and the U.S. Empire provides a sharp analysis of historic and current events in the struggle for Palestine—from the division of the Middle East by Western powers and the Zionist settler movement, to the founding of Israel and its regional role as a watchdog for U.S. interests, to present-day conflicts and the prospects for a just resolution.

In the early morning hours of May 31, 2010, Israeli naval forces carried out a raid and attack on a Gaza aid…

Iraq War veteran Mike Prysner speaks out against the war

March 19 marked the 11th anniversary of the U.S. invasion of Iraq, a brutal act of aggression that will be remembered as one of history's worst crimes. In this video, Iraq War veteran and anti-war organizer Mike Prysner, co-founder of March Forward!, testifies at the 2008 Winter Soldier hearing about how the military brass promotes racism to justify a war, which in…

It has been revealed that NATO has been planning a false flag attack against Turkey to justify the Turkish invasion of northern Syria, the International Business Times… 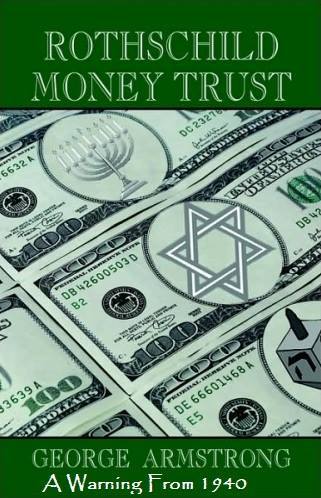 Mayer Amschel Rothschild, the founder of the Rothschild
fortune, at the time of his death in 1812, created a trust of his
estate, by will, for the elevation of the Jewish race and the estab-
lishment of a Jewish World Empire.…

Now he who supplies seed to the sower and bread for food will also supply and increase your store of seed and will enlarge the harvest of your righteousness.

Is passenger Phillip Wood and others still alive after flight 370 was hijacked then taken to a secret U.S. military base located on a remote island in the Indian Ocean?

(Boise Weekly) - A Colorado man has filed a federal lawsuit against the state of Idaho, alleging that he was a target of what he calls "license-plate profiling."

The Denver Post reports that 69-year-old Darien Roseen says he was unlawfully detained and searched for marijuana by Idaho State Police because he had Colorado plates. …

This coming Wednesday April 2, 2014 we have Lisa Haven writer of www.beforeitsnews.com  as we talk with her about  Opening Pandora's Box: The Truth Behind Nephilim Families. Some people on earth claim that they have children that are alien babies.  Are they really aliens or are they being deceived and are demonic in nature. There is even a website that list women who have had these kids . Lisa also has a website of her own   …

(NewsMiner) - The Army has plans to supplement Army units worldwide with about 17 Gray Eagle companies, each with 12 aircraft, said Lt. Col. Alan Brown, a spokesman for U.S. Army Alaska. The Pentagon has proposed putting one of these companies in Alaska, he said.

(Modesto Bee) -Before dawn on Tuesday, Shirley Osgood and her colleagues manned their posts outside the Wheatland gate to Beale Air Force Base east of Marysville.
In a ritual they have followed for nearly four years, they crisscrossed the four-way intersection near the gate, laying out the tools of their trade: anti-war banners, an American flag with a…

(New York Times) -A large study has linked several common anti-anxiety drugs and sleeping pills to an increased risk of death, although it’s not certain the drugs were the cause.
For more than seven years, researchers followed 34,727 people who filled prescriptions for anti-anxiety medications like…
Continue

A TRAVELLER returning to Canada from west Africa has been hospitalised after displaying symptoms consistent with those of the Ebola virus that has killed dozens in Guinea, a health official says.…

Link For Video Related to this Article…