The latest version of the CLEAR Act is slated for a floor vote in the House this week as Democrats look for ways to use the Gulf oil spill as a means to pass elements of their unpopular energy agenda.

House Speaker Nancy Pelosi (D-Calif.) stripped out authorization for an independent investigation into the Gulf disaster.

The Natural Resources Committee unanimously passed the amendment in…

George, I think I have a fair grasp of what Clif and you do in the predictive linguistics. Therefore, I kind of know the answer to…

Are We Going to War?

Are We Going to…

The abnormally hot weather in the central regions of Russia has already caused serious economic damage. It has destroyed crops on roughly 20% of the country's agricultural land lots, the result being that the food prices are clearly set to climb next fall. On top of that, fires are raging over peat lands around Moscow. These days, the majority of forecasts concerning the climate are alarming: droughts, hurricanes, and floods are going to be increasingly frequent and severe.…

Friday University of South Florida researchers said they confirmed that the invisible plumes they detected in May, 50…

Gov. Bobby Jindal on Thursday declared a state of emergency… [The storm] was spending a lot of time over water, instead of land which would break it up. “It’s wise to…

The Global War on Terrorism (GWOT) has spawned a national security "state-within-a-state" with essentially unlimited funding and support of America's political machine. This National Security State has infected domestic policing and courts; it is both ubiquitous and completely unaccountable.

An evil atmosphere is forming around geoengineering

"...we have dolphins that are hemorrhaging. People who work near it are hemorrhaging internally. And that’s what dispersants are supposed to do... Congressman Markey and Nadler, as well as Senator Mikulski, have been heroes... Mark Kaufman, EPA whistleblower, Democracy Now!…

Outbreak Leads Back To CIA And Army Experiments
By H.P. Albarelli Jr. and Zoe Martell
7-22-10

Gulf is Poisoned Water: A A Allen's Vision of Nuclear Attack on America – flashback

Annihilating the Gulf of Mexico? BP's Proven Propensity towards Lying: The Source of Our Despair in the Gulf 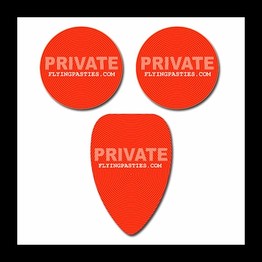 This one may fall under the “sucker…

Ron Kendall was breathing in the wetland beauty of the Laguna Madre on the Texas Gulf Coast a few weeks ago when the enormity of the far-distant disaster first gripped him.

“This huge area is all at risk now,” he remembers thinking.…

Enduring to the End


“Knowing this first, that there shall come in the last days scoffers, walking after their own lusts, And saying, Where is the promise of His coming? for since the fathers fell asleep, all things continue as they were from the beginning of the creation. (…