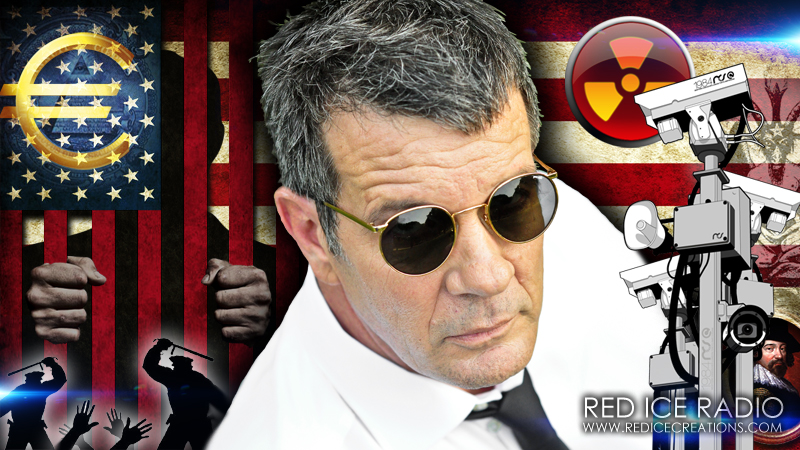 A New Message from John B:

Coast to Coast AM has decided to go a “different direction” on Saturday night. I am very happy and honored to have been a member of the C2C family as a regular host since January 7, 2012. I want to thank the listeners for their support and encouragement over these last two years of regular Saturday night broadcasts. The change that began in 2012 continues, is ever accelerating, and has necessitated this change as well.

I invite those who enjoyed or otherwise found value in the programs I hosted and the topics we discussed to join me for more on my new endeavor, Caravan To Midnight.

Again, thank you all so very much. more @ caravantomidnight

John B. Wells Fired From Coast To Coast AM for Being Too Popular and Truthful: An

Caravan To Midnight - Make Ready For What's To Come

After Jones announced that Hardin Montana was "under complete martial law",I started making phone calls to that area, and ended up doing weeks of research, holding phone interviews with prominent people in Hardin  as well as Montana journalists [professional, not Paul Joseph Watson hack job types],  lawyers related to the situation, city council members, local business owners,and even wrote a couple articles about Hardin and what was really going on there for an indie newspaper. Jones completely fabricated the whole story, and continued to do so even after he arrived in Hardin with his "news" crew, because he was/is too arrogant to admit he is mistaken.

You need to start doing your own homework, and stop being so incredibly gullible regarding alt media personality-for profit types like Jones.

He provides some true information, spins most of it, and outright fabricates a fair bit of it, so he can not be trusted in any way other than a clown school kindergarten for truthers, and nothing more.

I think you have the wrong idea about Alex Jones. Sure, Jones and Noory make mutual appearances on each others' shows, but that's where the similarity ends. Noory explores what "might be", whereas Jones exposes "what is". I used to think Jones was a conspiracy nut, and then I went and researched the stuff he claimed to be true... and I found out that it is!

Comment by Dr. Dana M. Connolly on February 3, 2014 at 1:16am
Thank you , Chris, for your helpful comments. Though I do not own rubber pants, I do have a wetsuit. That should work.

Dana, if you get offended that easily at what you personally consider "disparaging remarks", then you'd better put on your rubber big girl pants, because 12160 is a free speech forum, and nobody really cares if someone gets easily offended. I'll be polite and give you slack for being possibly new to the world of alternative information.

Not only is Noory an overly appeasing host who rarely challenges a guest, but he is a total shill for Israel and has a habit of bringing jewish and christian zionist lackeys on his show to spout off their uninformed, or more often purposeful anti muslim propaganda and half ass  biblical interpretations and assertions.

Noory is such a controlled boob and lackey that he has even done this within days or hours of Israel phosphorus bombing women and children in palestine and ignores the fact that many small children are beheaded, torn limb from limb, or had the flesh burned right from their bones in these attacks..

He's a disgusting example of the controlled alternative media, as well as a liar and fraud, like his con artist zionist disinfo shill butt-buddies Alex Jones and Steve Quayle.

Leaving Coast to Coast is the best thing in the world for a guy like Wells, because once he knows the skinny on the jewish/zionist christian/new age  disinformation festival known as Coast to Coast, he'll really wake up to the who's why's and where's of what is going wrong in this world.

I respect John and I am happy that he is away from those dupes at C2C.

I take offense at disparaging remarks about either George Noory or John B. Wells because they are both extremely superb "hosts"...the word doesn't do either of them credit...hardworking, self-sacrifricing, humanitarians...yes, that is more like it. They are both very knowledgeable and I think they know what they are doing, so in my humble opinion, we can all relax.

I only listened to C2C when John B. Wells was hosting. He was the only host that actually made me think. Noory is boring. Too bad.

Robert "Tosh" Plum Lee(CIA Pilot) has confirmed a few hours ago that he WAS contacted by DOJ officials with regards to HOW he knew certain information regarding Benghazi, Boland Amendment violations, Kiki Camarena and Reagan Administration "SNAFU's" with Oliver North's name in trail(Iran-Contra)......I'm not sure I trust anything DOJ with Eric Holder at the Helm or anybody currently with the current administration.

What a terrible loss for C2C.  I will make a point to tune in to www.caravantomidnight.com to hear John B. Wells enlighten the rest of us on urgently important issues that affect all of us.

Chris of the family Masters replied to Guardian of Scotland's discussion Why are magnets sticking to the injection sites of those that have taken the Covid 19 injections?
"I second what the one girl said - "We are fucked"...."
5 hours ago

Chris of the family Masters favorited Guardian of Scotland's discussion Why are magnets sticking to the injection sites of those that have taken the Covid 19 injections?
5 hours ago

"Literally. A fucking fruitcake."
9 hours ago

"What a race of WHINY ASS NUTHINS ,always handsout beggin for somthin for nuffin from the evil…"
10 hours ago

cheeki kea commented on Chris of the family Masters's blog post NOTE TO EMPLOYER
"Take Note Workers. Well worth the effort."
13 hours ago