When Columbus sailed into the “New World” as he described it, he would never have been able to foresee the new world we live in today. Not just because of new technology or clothing design, but because the definition of right and wrong have evolved into insanity. We now live in a culture at war with itself as socialism transforms what we know as common sense into arguments of absurdity! The US government spends trillions of dollars that will only add to inflationary hardship for regular Americans, but according to Democrats we call that “Infrastructure”.  Shutting down the Keystone pipeline that provided cheap, abundant fuel, and safe from Middle eastern producers who can cut off supply and hold America hostage makes perfect sense to “Never Trumpers” so why not make everyday existence hard for the working class too? 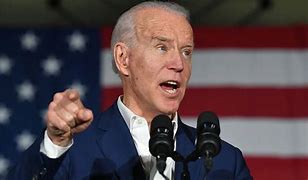 Almost anything that makes life unnecessarily tougher for Americans has been approved by President Joe Biden. Why? Even during a looming supply chain crisis now California has passed law that only allows union truck drivers to deliver loads forcing more unnecessary delays that will ensure that the coming winter will see food and hardware shortages while making the availability of Christmas gifts under the tree almost impossible! Why? Because the Democrats, why don’t we just call them what they really are, Communists, will use ideology, intimidation, and orchestrated crisis to force the masses to be dependent on the very government that is forcing them from being self-reliant! 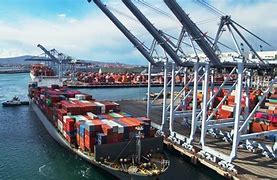 Why, as container ships sit idle on the coast of California would the dock worker’s union remain in their normal hours of operation 5 days a week when they should have started using overtime and weekends in order to increase output? Because, among the leftist, socialists, practical and common sense means of solving problems just don’t appeal to them, and if that causes hardship for others this always becomes political leverage! For the good of the country be damned! America is at the mercy of a Communist Regime, California, as well as the paid off traitors we know as Washington DC politicians who are doing business with and taking campaign contributions from Communist China! Is there a real war upon America? Yes! And, it’s being conducted by the Communist Chinese and the Democrats in tandem against “We the People”! 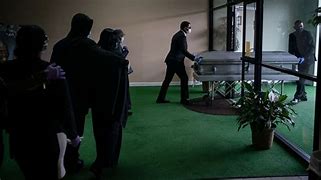 The federal government is actively working against our Constitutional rights lying to us about the safety and efficacy of the Covid 19 vaccinations, telling us that we need forced mandates, that the untested and controversial drugs are even recommended for babies and young children who have virtually no chance of succumbing to the corona virus, while young men under the age of 30 are suffering from myocarditis after being injected. The federal government is weakening our military with forced vaccination mandates and not reporting to the public that many of our service personnel are being afflicted by the MRNA vax that has already killed 15,000 people in the US alone! Forcing our veterans into dishonorable discharges for not wanting to be injected, and causing many of our warriors injury only emboldens our foreign enemies! So, who is the federal government really interested in serving? 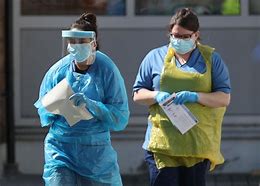 We all knew, at least those of us who use our brains to think, that allowing more than a million illegal aliens across our open borders with no requirement for vaccinations or even tests meant that our federal government was only interested in punishing its own citizens while allowing a national security risk to threaten our nation! If Covid 19 even imposed any risk upon the American public, why would any responsible government allow foreign illegal immigrants already carrying diseases that we have not been exposed to for decades along with the corona virus to simply trespass and be taken anywhere they want to go using government resources? Because, your federal government has another agenda and it doesn’t include the welfare of the American people.

Who benefits, who profits, from the orchestrated fake plague we call Covid 19? Such drug companies such as Pfizer, Moderna, Johnson and Johnson, among others get paid by the taxpayer and have no legal liability for injuries or death from their MRNA injections! They get paid billions no matter how much devastation they cause! Supposed non-profit refugee aid organizations such as Catholic charities receive millions in federal grants so they are more than willing to cooperate with the illegal influx of immigrants who are flowing across the US border unimpeded by our token efforts at border control. Who owns the Biden White House? Those who give Joe Biden his marching orders are dedicated to the destruction of the US Constitutional Republic. cheeki kea Our founding fathers were brilliant men and they had more guts and intellect than the cowards we have on Capital Hill now! This world is in an  unbelievable tail spin now under the kind of evil I can only characterize as "End Times" prophecy when what is right becomes wrong and what is wrong is now right.

I hope our leaders and governments also pay the price also at the end of a long evil day. It's like the dark energies of the past have come full circle and the leaders are out to meet and exceed the most violent of actions ever committed in an unhinged frenzy of madness. Nothing, nothing at all no matter how gross or hideous is out of the question now. At least the founding fathers left us with a few sound laws in their mercy which is all we have left, and even those we have to fight for sometimes.

cheek kea I agree with you. I do not condone the atrocities of history but let's face it, there are no perfect human beings and Captain Cook and his crew although they did a lot of very important map charting and exploration did take full advantage of the Hawaiian kingdom and ultimately paid the price for it too!

If these are indeed his words then there's a tiny hint of where his motive lay.  ~"They do not bear arms, and do not know them, for I showed them a sword, they took it by the edge and cut themselves out of ignorance. They have no iron. Their spears are made of cane. They would make fine servants. With fifty men we could subjugate them all and make them do whatever we want."

All explorers were funded by the greedy who wanted profits from trade and the resources of others for their own gain. That's just the way is was in those times, it started with trade and ended with deaths. When Captain cook arrived on our unfriendly shores he met up with the most hostile of savage natives and there was deaths on both sides yet that did not deter them. When war did not work they instigated trade and they did not care what they had to trade or what was offered in return. In our case the British traded blankets and guns for land and severed heads and there was plenty of both to go round. Knowing these disgusting details does not mean I would be want to pull down all the Cook monuments and destroy them in spite like leftists want, no it's more just a matter of taking the good with the bad in a Rational sense of double think.

cheeko kea, If one believes the leftist revisionism of history all of our heroes and advanced thinking funding fathers were guilty of crimes that we frown on today then how is it Democrats today get away with lying to the public, treason among their woke generals, charging our true heroes with crimes, stealing taxpayer money to bribe foreign nations with, spend national debt into bankrupting the country, concocting a fake pandemic to urge people into taking a dangerous vaccine? Today's leaders are more monstrous than any hypocrisy we judge our forbearers for!

cheeki kea You are reflecting the leftist revision of history trying to deny the achievements of an explorer who sailed into the unknown with foreign crews who refused at times to submit to his commands and did the actual raping and pillaging. Most anthropologists concur on a simple fact about human history. Whenever a technically superior society encounters a more primitive culture the result is that the primitives self destruct due to the loss of their belief system and they collapse. It is true the Spanish wreaked havoc upon the Indian cultures of Central America and the US for different reasons, but remember that the Incas and Aztecs used to cut out hearts as a sacrifice to their pagan gods so they weren't innocent by any stretch of the imagination.

I beg to differ on Columbus Doc V. I think if he sailed into the new world today he would feel right at home and amazed in awe at what is being done to innocent and trusting people for the endless profits and gains that come at no expense for those carrying the out the lies, deception and murders. Yes he would have been proud of what he found there been star struck and lost for words. He would be doing summersaults of joy in his grave if he could see it all now, as a founding father of doom. I submit this link for consideration if fact checked.  https://www.irishcentral.com/roots/history/columbus-mass-killer-sla...

Trees and the sparkling red female cardinal might have been spared...
15 hours ago
0 Comments 0 Favorites