Anne-Laure Bonnel: “it is forbidden to mention the word peace”

Near Donetsk, Anne-Laure Bonnel is holding a "leaf mine", an explosive device used by Ukrainian forces against the Russians, but responsible for several amputations of civilians in the Donbass. Photo: Anne-Laure Bonnel/Free Media.

In an interview with Jérôme Blanchet-Gravel, reporter Anne-Laure Bonnel looks back on the latest developments in Ukraine and denounces the warmongers on both sides who are unable "to evoke the word peace".

"It's not Ukraine that decides, it's Washington," thunders our correspondent Anne-Laure Bonnel in a live interview with our editor-in-chief, to be viewed on YouTube.

The documentary filmmaker and reporter deplores the fact that Ukraine is paying the price for this new Cold War – or rather the continuation of the Cold War – in a context where the United States and Russia are both seeking to halt their decline.

She explains that "Ukraine is a destabilizing factor" for the United States, Washington having used this buffer country "to complicate the ties between Russia and European countries".

Last December, former German Chancellor Angela Merkel and former French President François Hollande admitted that the Minsk agreements were not necessarily intended to be respected in the long term.

Ratified in 2014, the Minsk Protocol was to promote dialogue by decreeing a ceasefire in the Donbass region, the main source of tension between kyiv and Moscow. The agreements were never implemented by either side.

“The Minsk agreements stopped the Russian offensive for a time. What was important was how the West would use this respite to forestall any subsequent Russian attempts,” Hollande dropped in an interview with the German newspaper Die Zeit.

Our correspondent is scandalized by this admission. She believes that the emerging powers see this as proof of the unreliability of the word of the West.

“How is the international community going to agree? What is the trust going to be based on?” she asks. “The rest of the world is shocked by the statements of Hollande and Merkel”.

The journalist recalls that it is difficult to obtain accurate information on the evolution of the conflict, both in the West and in the East.

Read also: An overview of Ukrainian history to understand the current conflict

“There is no collapse of the Russian army. […] The Russians are advancing slowly, but they are advancing,” she noted last November during her last stay in the Donbass.

Peace is not for tomorrow

Like Antonio Guterres, the Secretary General of the United Nations, she fears that the conflict will drag on, especially since it is much easier to start a war than to get out of it.

Throughout the world, the continuation of this war could keep inflation at high levels and in some less wealthy countries, create a climate conducive to famines.

Every month, the conflict has claimed 10,000 lives on each side since the Russian offensive launched at the end of February 2022. All in all, the conflict would have already left some 200,000 missing.

“It’s a carnage that we hadn’t seen since the Second World War. […] It is urgent to get everyone around the table”, warns Anne-Laure Bonnel, who calls on Internet users to mobilize in favor of a ceasefire. In the West, “it is forbidden to evoke the word peace. And it comes mainly from the left.

The lies, deception, and attacks on Russia and their peoples wellbeing will Force them away from their special military operations and into Holy War mode. I believe that is the case.

Why would Russia believe anything the West says? 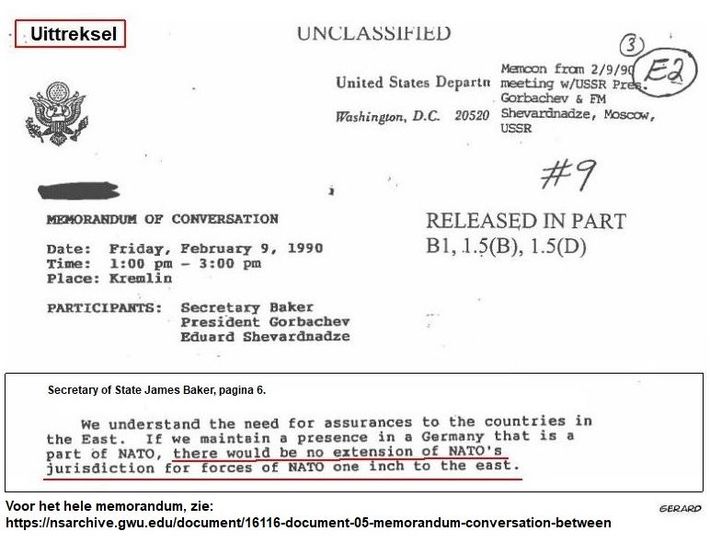 Now NATO talks about membership for Ukraine.  They are liars who cannot be trusted.

Merkel said The Minsk Agreements were to give Ukraine time to build-up militarily, a bit different than they "were not necessarily intended to be respected in the long term".

Here's Chuckles laughing as Putin reads them out loud in 2019, after five years of attacks on the Donbass.  This shows the commitment that Ukraine, Germany and France had to the agreement. 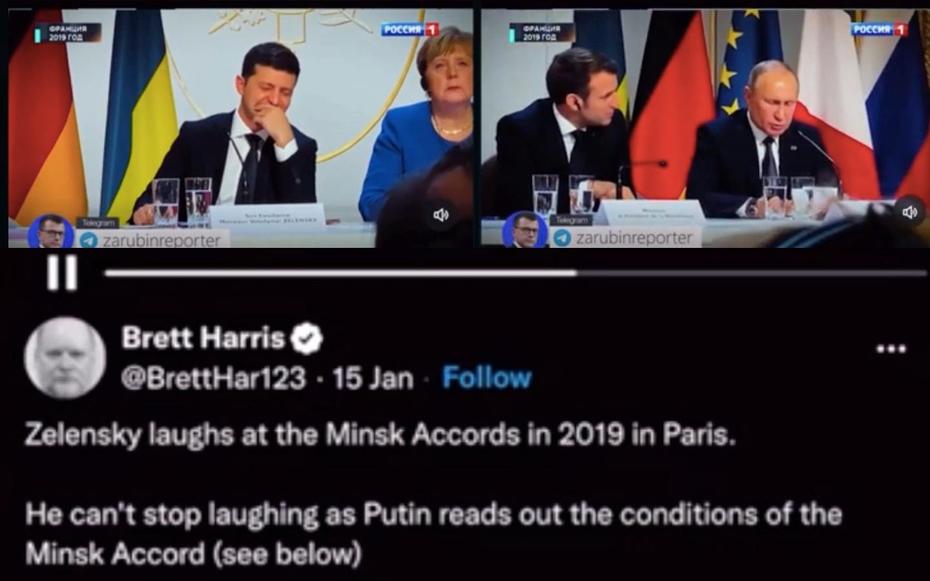