Alex Jones was was wetting himself over Ted Cruz's POTUS announcement today...aaarrrgghhh...and he had all the hyperbolic b.s. about how we MUST support some sort of Libertarian/Constitutional change, which means, the PTB are going to throw another steam valve "movement" at us in 2016(having fully co-opted the bona fide Ron Paul grass roots upheaval that made it all the way to the Convention in Tampa before Boehner shut it down by reading the results of a voice vote off a teleprompter!)

Anyway, Alex Jones was hammering the Dream Ticket today: Ted Cruz and Rand Paul...my point, Alex Jones being financed into going mainstream conservative/Tea Party...I asked my neo-con buddy to tell me if his talk radio boys are likewise beating this drum...you know...the yarmulke-donning asshats threatening to shut down the Fed & the IRS, and end Obamacare when they know goddamn well that CAN NEVER happen because that is the only revenue stream available, and won't happen just because two polished populist politicians who have ROUTINELY authorized the INTEREST PAYMENTS to the Fed in every budget say they will!

That's my rant for now...I think AJ only gets planted callers now, just like the neo-con talk show hosts do: we're NOT stupid, we know the "kick the can down the road" game, and we KNOW the emotional b.s. used to sell the steam valve cyclical election support for change that will NEVER come, short of another bloody revolution against all of those who are PAID to enslave and play the people the way the money junkies do!

If this doesn't prove who AJ works for, then what will?

Comment by Kelso Potsovoli on March 25, 2015 at 12:14am
...nor do you hold all of them to the identical standard of respect, credibility, or expectation...

Comment by Kelso Potsovoli on March 24, 2015 at 9:42pm
Kinda like Rivero cuts off Chemtrail callers, and no plane hit the Pentagon callers, eh?

We're being played and placated, KEEP CALLING their shows and I will keep making YouTube's!

Piss off or on, AJ, makes no difference to me. 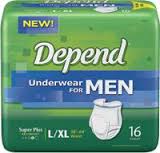 I called him once to ask him why he supports Zionist Israel, I no sooner got "Zi.." out of my mouth and he hung up on me. He starts yelling, "I will not have antisemitic people,  blah, blah, blah". Back then people knew nothing but to b shout that at you. Prick.

Comment by Kelso Potsovoli on March 24, 2015 at 9:01am
I just can't believe that some 1%er pays him a salary, he sure as he'll.doesn't make a living selling organics, vitamins, and 9/11 documentaries!

There are so many others out there providing info AND solutions, yet people still default to Jones.