The “Natural Born Killers” actor’s father was an actual hit man and much more, reports say

(INTELLIHUB) — To my dismay after posting an article Friday promoting Woody Harrelson as a truther for a recent documentary film he narrated, I have now come to find that his father admitted to being an accomplice in the assignation of John F. Kennedy, the 35rd President of the United States, which took place in Dallas Texas on Nov. 22, 1963.

Shockingly, Woody Harrelson, the former star of the hit T.V. series “Cheers” and the lead actor in Oliver Stone’s “Natural Born Killers”, found out at a young age that his father was a hit man and may have killed several people.

“Woody only learned of his dad’s notoriety when, at 12 years old, he heard his father’s name mentioned as the suspect in the for-hire assassination of US District Judge John H. Wood Jr. outside of his home in San Antonio, Texas. Harrelson was hired by drug kingpin Jimmy Chagra, who was scheduled to appear in court for drug trafficking before Woods.”, wrote the NY Post in an article titled ‘Woody Harrelson’s father murdered my brother’. 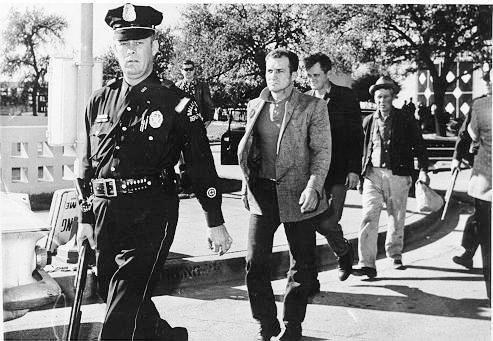 Originally inspired by his first appearance on the Alex Jones Show and Prison Planet T.V. on March 25, 2009, where Ambellas discussed how the Military Industrial Complex Prepares Mass Graves for US Citizens, an article he authored which was featured on infowars.com one of the top alternative news websites in the world.

Wow... can you even imagine waking up one day and realizing that you own father was a hired hit-man and could have been part of the biggest conspiracy of all times? Crazy!

Just the cocaine talking? Could he have been one of the three tramps?

Keisha Ruan commented on Chris of the family Masters's blog post President of What?
"Biddens Press Secretary Jen Psaki has got her work cut out for her...ill give her maybe 3…"
47 minutes ago

Doc Vega replied to Chris of the family Masters's discussion The Bicarbonate Miracle
"Excellent points. We will stupidly take life threatening prescription drugs over the simplest and…"
3 hours ago

Doc Vega commented on Doc Vega's blog post Illusion of the Nymph and the Paradox
"Thanks Central Scrutinizer!"
3 hours ago