“…That is just the beginning. I have struck depths that your little brain cannot fathom. My researches have led me far beyond eternity. I have drawn down demons from the stars. I have harnessed the shadows that stride from world to world to sow death and madness. I have designs whereby the Earth, nay the very stars themselves can move at my command.  Time, and cosmos belong to me…The destiny of all things, living, and dead, are mine. “ – The Resurrected (1991)

“The most merciful thing in the world, I think, is the inability of the human mind to correlate all its contents. We live on a placid island of ignorance in the midst of black seas of infinity, and it was not meant that we should voyage far. The sciences, each straining in its own direction, have hitherto harmed us little; but some day the piecing together of dissociated knowledge will open up such terrifying vistas of reality, and of our frightful position therein, that we shall either go mad from the revelation or flee from the deadly light into the peace and safety of a new dark age.” – H.P. Lovecraft 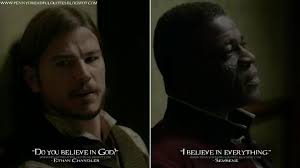 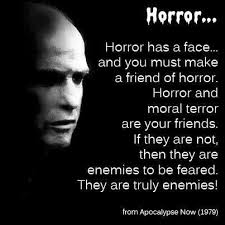 "Every word, every gesture!" - Fallen

Less Prone commented on James Roberts's blog post Robert Kennedy Demolishes Dershowitz With Big Pharma / Vaccine Facts In Debate
"It tells a lot about our society when pedo creeps like Dershowitz are given any media attention,…"
12 hours ago