It's amazing the mental gymnastics and self-delusion Trump supporters will resort to in order to continue believing in the dream. By assassinating an Iranian General, Trump was really avoiding a war, right? I mean, the evil Iranian government was interfering with all our military's good work in Iraq, right?  It's so surreal to see the Trump-supporting media and "alternative media" repeat Military Industrial Complex talking points on Iran (you know, the nation and govt that fought ISIS tooth and nail, unlike the US military under Trump). But, then again, it's really not, sad to say.

I heard David Knight's stand-in tell the lies today that the rebellion in Iran is organic, that nobody short of a very few who personally benefit support Iran's leaders, and that those who want a pro-US govt are in the vast majority. He also compared them to the Nazis, even showing video of Reinhard Heydrich's funeral (which was as well-attended) as proof the Iran govt is an evil dictatorship. This is a representative example of the "conservative" media's positions. He even called for a "free Persia", how deep state propaganda-speak. I'm surprised he didn't say we need to "bring Democracy" to Iran. It's complicated, their are reasons, see. Gag, vomit.

Of course, the icing on the cake is that the Democrats are knocking Trump on this. Listen, the Democrats would knock Trump no matter what he does. Has nothing to do with what they or their masters really want. It's theater. "I will attack Iran if I am elected President." - Hillary Clinton (slight paraphrase possibly, if not in meaning)

I can see a time when Trump signs into law nationwide post-birth abortion, and his followers mind-fuck themselves into supporting him on it. I think if he appeared at a rally and screamed at the attendees "Fuck you!! I hate every last one of you!!" they would cheer more vigorously. What did you elect him for? Wasn't not starting new middle eastern wars right behind protecting the border? So 4D Vulcan chess, he is. He loves the Iranian people... that's why he's crushing them with sanctions (the purpose of which is to incite regime change through starting a civil war). Sanctions hurt the poor and middle class the most. Why can the average person NEVER see the truth????

Well, back to work on real solutions, after I shake my downturned head once more. Sigh. Enjoy your next big giant unjustified war. Meet the new boss.... 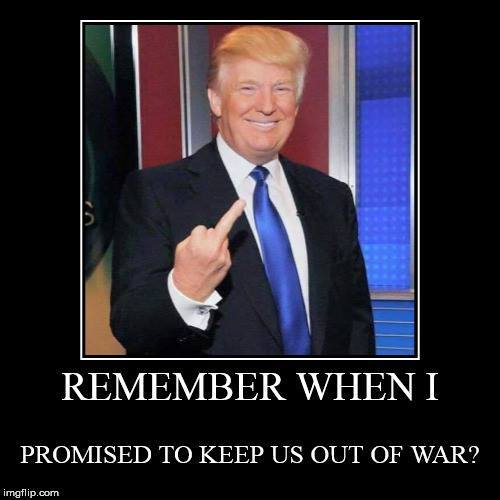 Keeping the US out of war - Failed

Putting Israel first - Accomplished, but this promise was not for the American people

We always end up in electing the lesser of the two evils, everywhere.

cheeki - The revolution will not be televised. 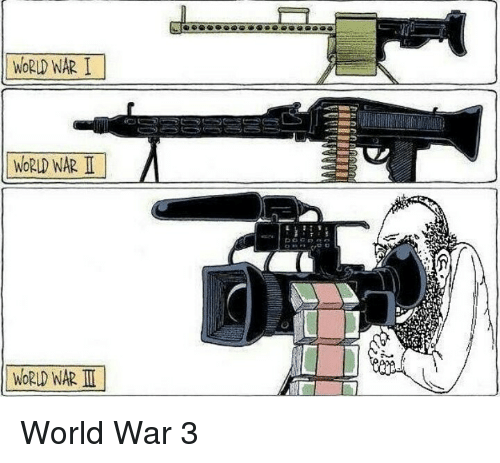 could be something sneaky going on elsewhere.

James Roberts,
The blog section was recently changed to show the new blogs. It was before shoving the featured ones. This kind of changes are made every now and then when there is lack of new content.

I agree that the Democrats use every opportunity to accuse and discredit Trump. They want to get their own rascal in his place.

Lisa Page is first generation American. Her mother is Iranian. Her star struck lover Peter Strzok happened to be raised in Iran. The general taken out happened to be Obama's boy. In a sense he is cleaning house. He hasn't declared war. He delegated t decision to the UN. I guess the play at hand is to expose the war mongers in the Pentagon. Weapons stocks are up. At the same time the Federal reserve pumped a bunch of money into the economy. 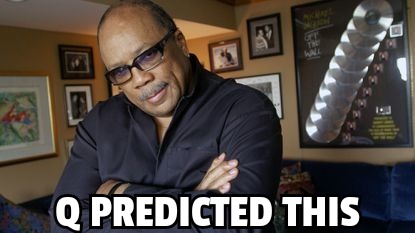 A call a short time ago for someone to contribute time to moderate the site here was put out. My guess is that no one stepped up yet. I'm not sure if there are any automations here. I put Easter eggs all over so as not to sperg out on any one section. I posted stories to what ever group I could relate them to or add to someone who had already posted something I wanted to and ultimately keep it as a tome for myself later.

Why do my blog posts frequently take days to show up on the home page, or sometimes never? Does anyone else have this prob? I mean, it's somebody else's site, not mine, so your rules. But, can you elaborate on what the rules are? Pretty please?

Yeah, the Iraqi govt, voting to make us leave, how dare they, after all we've done to... I mean for them. We'll have to prevent war with them next!

Comment by Chris of the family Masters on January 6, 2020 at 4:25pm
Very truth. It reminds me of global warming mantra where seemingly intelligent people have a huge blinkers on, permanently.

Doc Vega commented on Doc Vega's blog post Robot Companion Coming To Your Town Soon
"One final thought. I hope the Feminists eat their hearts out over this as they have indeed brought…"
8 minutes ago