The US and China and the Tail That Wags the Dog 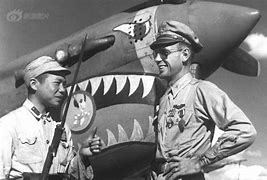 The decades have seen many changes in the relationship between America and Red China. From the deployment of the American Volunteer Group (Flying Tigers) to aid the Chiang Kai Chek government against Japanese Imperial forces in World War II to the entrance of Communist China during the Korean War in 1951 and drastically escalating the war. Yet, when China was experiencing problems with its workforce and productivity President Ronald Reagan sent his primary economist, Milton Friedman over to advise the Communist Chinese on modernizing their construction projects and increasing their productivity. China gained a huge trade deficit with the US after securing most of its overseas manufacturing business by the early 1980’s as well giving American national security analysts the false hope that mutual economic dependence would prevent a war. 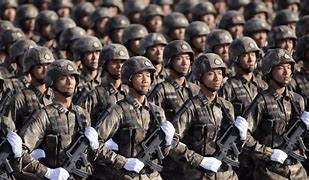 This was the general consensus inside the Pentagon until the early 2000’s when it was discovered that an ever increasing war machine was being built and the saber rattling over Taiwan’s alliance with the US was growing as well. Ironically, it was the very actions of our own politicians and military though that ensured China would become our number one nemesis. Through under estimation and typical American shortsightedness, American corporations gradually gave in to allowing China to steal corporate secrets, avoid paying royalties and licensing fees, and gain even more momentum against US markets. Hundreds of billions owed western companies have never been paid by the Chinese who only had to allow the allure of their business to get our corporations to cooperate! 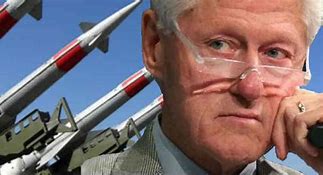 President Bill Clinton was re-elected with the help of 400 million dollars donated to his campaign from the Communist Chinese, a violation of federal election law, so what did he do, he simply had the law changed. In return in the mid 1990’s when Chinese missile technology was extremely inaccurate he gave them the US arsenal and the technology that went with it. Suddenly, in a short time, the Chinese gained parody with US weapon technology. Not only that with China at the point of economic collapse due to trade sanctions by other western nations due to the government’s human rights violations, once again Clinton came to their rescue getting them included as members in the World Trade Organization. That not only saved the Chinese economically it allowed them to accumulate the capital to finance their war machine. Typical of the Chinese they have refused transparency over the actual worth of the yuan against other world currencies and have been allowed to get away with simply stating what the worth of their currency is allowing them to exchange their worthless paper money for US dollars and then for the purchase of huge gold reserves.

To date, China has used its coffers to buy off several politicians inside the federal government such as Eric Swalwell, Diane Feinstein, Mitch McConnell, and the Biden Family to the tune of millions! US universities have become the site of educating Communist Chinese students who will go back to the mainland and use their education against the US as cyber spies. Many so-called students are actually intelligence officers gathering information. One US University actually tried to cover for a Chinese student who was deported due to spying, but what damage had he already done? Is it any wonder that our own federal government is doing the bidding of our enemies? The Deep State is comprised of insiders who do secret deals with their international partners to keep America from flourishing so that it does not outdistance its world competition too badly. Yet, this puts a burden on the US consumer with higher gas prices, cost of living increases, and the diminished buying power of the US dollar, along with higher taxes. How could our own government do this to its own people? Money! The almighty dollar creates traitors! 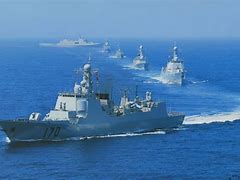 War in the Pacific Again?

China is set to take Taiwan, an essential US partner! Without the microprocessor chips Taiwan manufactures all US industry would come to a standstill. 25 trillion in the stock market would disappear. Taiwan makes 80% of the world’s electronic chips and 66% of that goes to the US. China is in hostile competition for international waters in the South China Sea, illegally building manmade islands used as runways for their fighter jets and missile launch platforms. One third of the world’s trade passes through the South China Sea and this would be a bottle neck to world trade should China control the region. The US Navy is tasked with patrol of the Pacific there as well as the Taiwan Straits as Chinese incursions into the Taiwan ADIZ increase daily. An alliance of Japan, South Korea, Australia, the Philippines, Indonesia, and even North Vietnam could be poised to strike should China decide they are ready to invade. The outcome is highly questionable. The US is massing the latest class of missile destroyers in Japan while Australia is acquiring nuclear subs from the US.

Should North Korea enter the fray this would add another problematic factor to a Taiwan territorial conflict. Once again with the Biden family doing millions in business with China, one must wonder if another cowardly abandonment of a US Ally would occur again as it did in Afghanistan. This, however, would mean an existential threat to America. Our defense of Taiwan is not a question of involvement, morality, or imperialism, it is absolutely essential to our economic survival and the control of the entire southern Pacific region. The entire world would suffer the consequences of a Taiwan defeat engineered by mainland China. China is aiding and abetting the Russians as well and the two are allied so the Russians are no friends of ours as Putin sets his sights on a resurrection of the old USSR. 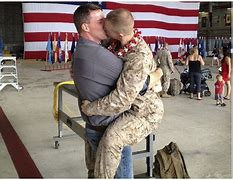 How did this all come about? The perceived weakness of the US for one thing. The irony is that our own people in the federal government aided and abetted the Chinese to their present position as the top US antagonist. The Chinese according to Gordon Chang and Frank Gaffney have their ultimate goal of not only defeating the US in battle but occupying US soil and murdering US citizens to make room for the new population! The left, the Democrats, the Communist sympathizers, throughout decades have enabled the present crisis in the classrooms, over disputed territories with neighboring countries, in Washington DC, on the contested high seas of the Pacific, and even in the US consumer market where China makes, prescription drugs, vitamins, toys, and even parts of US defense contractors! America have been undermined and compromised by traitors from within. This is exactly how a sleeping Western World allowed our avowed enemies to rise to the point of dangerously succeeding in their plans for a Communist dominated prison planet!

Further evidence of China’s intelligence  collecting apparatus, Tik Tok the now popular social site that every exhibitionist, vain and stupid American loves to use is nothing more than another spying tool where ID’s, credit information, and consumer habits can be monitored and analyzed. When President Trump ordered that Tik Tok should be banned from the US markets, who made sure that the Chinese spying tool remained? Congress, led by the Democrats ensured that US consumers stupid enough to use Tik Tok will be attracting foreign surveillance in one way or another simply due to their vanity! Tik Tok is merely a front group for the Communist Chinese government. Add to all this the massive purchasing of US farmland and US ranchland by Chinese front companies for their government, and we have just about handed over America in a silver platter to China, and it was all about greed and treason! This is how you topple the greatest nation ever to take the world stage with freedom as its beacon of light. The bitter reality is that the US aided China to keep it from collapsing and even helped defend China in the past only to be faced with an existential threat from them thanks to the traitors within our government and businesses! 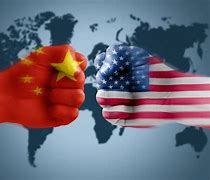 to realize this FACT, get mad dog mad and go on the offensive. Once again they mean to KILL us and…See More
11 minutes ago
0 Comments 0 Favorites